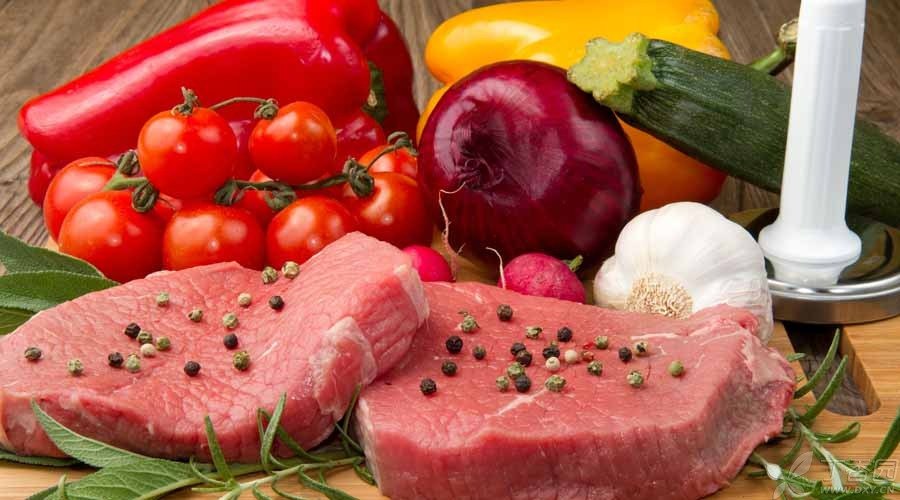 A: It is best not to drink alcohol. Alcohol is one of the important factors inducing gout. After alcohol enters the human body, It’s metabolized in liver tissue, Lactic acid is produced. The mechanism of human body excreting lactic acid and uric acid is similar. The increase in lactic acid will affect the excretion of uric acid in the kidney. Causes the blood uric acid level to increase, The uric acid in the blood enters the tissue to form crystals, Aggravating symptoms. Among all kinds of alcohol, beer and white wine are currently found to have the strongest inducing effect. Besides alcohol, they also contain higher concentrations of purine or many substances that will be converted into purine when entering the body. Therefore, it is recommended that all gout patients stay away from alcohol, especially during acute attacks, and never drink alcohol! 2. Vegetarianism does not cause gout. Answer: Some vegetarian dishes may cause gout attacks. Most vegetables are low in purine, Suitable for gout patients. However, Some vegetarian dishes do not contain low purine content. Such as dried beans, hairy beans, peanuts and kelp. Spinach is especially mentioned here. Spinach contains a lot of oxalic acid, It is easy to form calcium oxalate with free calcium in vivo, If you eat it in large quantities, It can lead to the occurrence of stones. According to some clinical patient feedback, Eat a lot of spinach, It is easy to cause an acute attack of gout. But in the remission period of gout, Spinach can still be eaten in moderation. Therefore, It is one-sided to say that gout patients will definitely not cause gout if they eat vegetarian dishes. 3. Gout cannot eat vitamin C Answer: This statement is inappropriate. In the impression of many people, Vitamin C is acidic, Gout patients have more uric acid, You can’t eat sour food. In fact, Vitamin C is only sour, The metabolism does not produce acidic substances. Current research shows that, Vitamin C can promote the dissolution of calm urate in tissues, Is beneficial to uric acid excretion, Prevent stone formation. However, when colchicine is taken during acute gout, Large amounts of vitamin C should be avoided, So as not to reduce the efficacy of the drug. Vitamins are essential elements for the human body. For gout patients, There is no need to deliberately avoid or supplement, A balanced and reasonable diet is the most important. 4. If you don’t eat meat, you won’t answer: Gout can also occur if you don’t eat meat or drink alcohol. Many gout patients believe that as long as you don’t eat meat in your diet, Gout will not attack. This is a very wrong idea. As mentioned above, The purine content of some vegetarian dishes is not low, Alcohol is also a major cause of gout. In addition, Gout itself is a chronic metabolic disease caused by purine metabolic disorders. It can be understood that Some people don’t eat much sugar, But they still get diabetes. But, This is not to say that gout patients should never eat meat. Meat has high purine content, In theory, high-purine foods should be considered taboo in both acute and chronic phases. However, mastering the correct cooking method of meat can reduce purine in food to a certain extent, and gout patients do not want to say goodbye to meat. 5. Eat less, the better Answer: Gout does not mean eating less, but [eating reasonably]! After some patients learned that overeating can cause gout attacks, He went on a diet, Think that the less you eat, the better. Not really. In the acute phase of gout, It is true that there are many foods with high purine content to avoid. However, a balanced diet is still advocated during remission. Eat less high purine foods, Instead of eating less, the better. When the body is short of energy, Energy can only be obtained by burning the original [fat] in the body. A large number of ketones produced by fat metabolism easily prevent uric acid from excreting from renal tubules. This will lead to an increase in uric acid level and induce acute attack of gouty arthritis. One of the key points in gout treatment is the control of diet and living habits. 6. Eat the same thing if you don’t have an attack. The dietary principles in acute and remission periods of gout are not the same. For example, peanuts belong to foods with medium purine content and should not be selected in acute period. It can be eaten in small amount as appropriate during remission period. There are many kinds of fish, which basically belong to foods with medium and high purine content and are not suitable for eating in acute period. During the remission period, you can choose a small amount with low purine content. Many gout patients know that there are many things that cannot be eaten during the acute attack period, which is very correct. In the remission period, if the same standard is still adopted, the nutrition loss of patients will be caused. In addition, it is more important to choose a reasonable diet in stages according to the different conditions of one’s own and the level of blood uric acid.