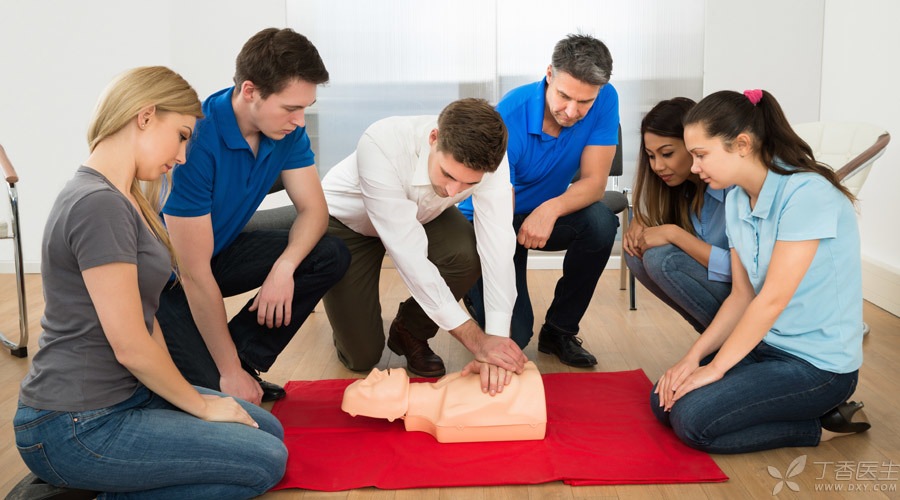 Prevention is the key to dealing with accidental injuries, but in the event of an accident, if you can learn first aid skills in advance, you may save the child’s life at the critical time.

If the child suddenly has no breathing and heartbeat, how should he give first aid? Next, Dr. Clove will give you a brief explanation.

Be sure to rescue in a safe environment, such as:

At the scene of the accident on the expressway, warning signs must be set up. If they can be moved, it is better to move to a safe place.

The scene of the fire is not suitable for first aid either. The sick and wounded should be separated from the dangerous environment first.

It is very important to ensure one’s own safety, so as not to save people but to die.

By patting the child’s shoulders, shouting in his ear and bouncing the sole of his foot (smaller infants and newborns), judge the child’s condition (continuous observation for 5 ~ 10 seconds).

If the child is found to be unresponsive, not breathing or only breathing, he should call for help and call 120 emergency numbers, and then enter the next emergency process. 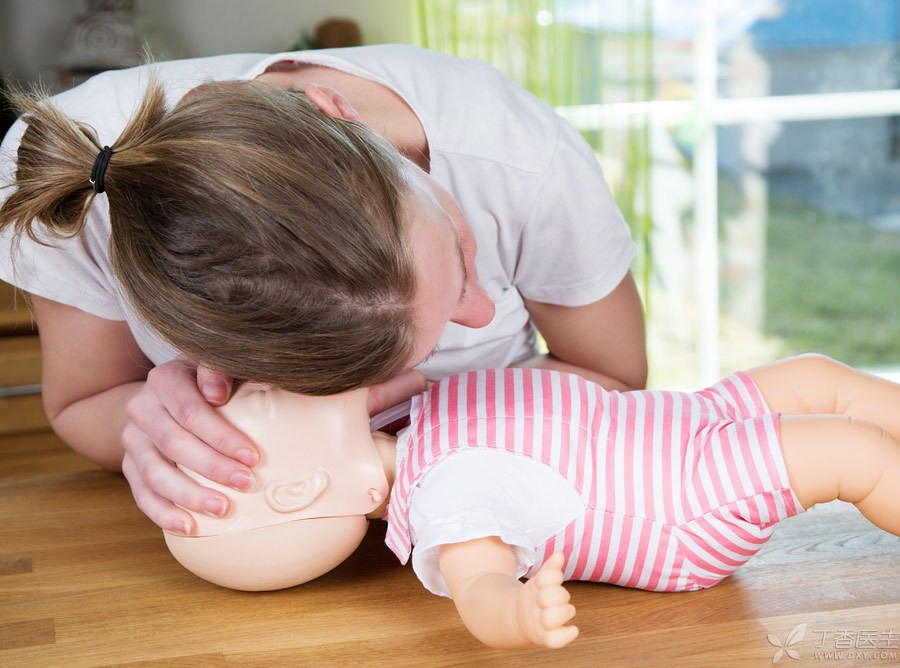 Three, the implementation of chest compressions

First, put the child on a hard and flat surface:

For children between the ages of 1 and 8

When operating by a single person, parents can fix the head of the child with one hand for ventilation, and the other hand can press the chest (or press both hands according to adult manipulations). The root of the palm touches the chest and presses the center of the chest and the lower half of the sternum. Children over 8 years old have similar manipulations to adults. 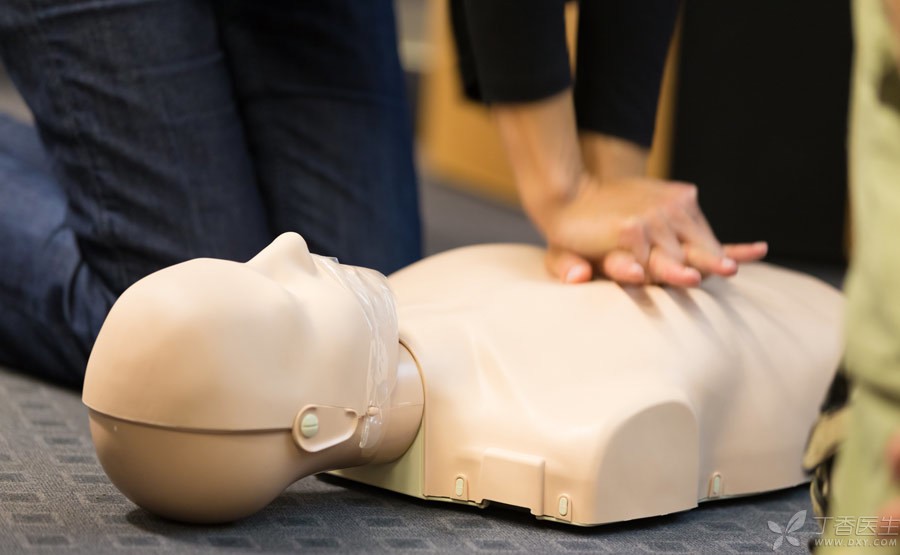 For infants (under 1 year old) 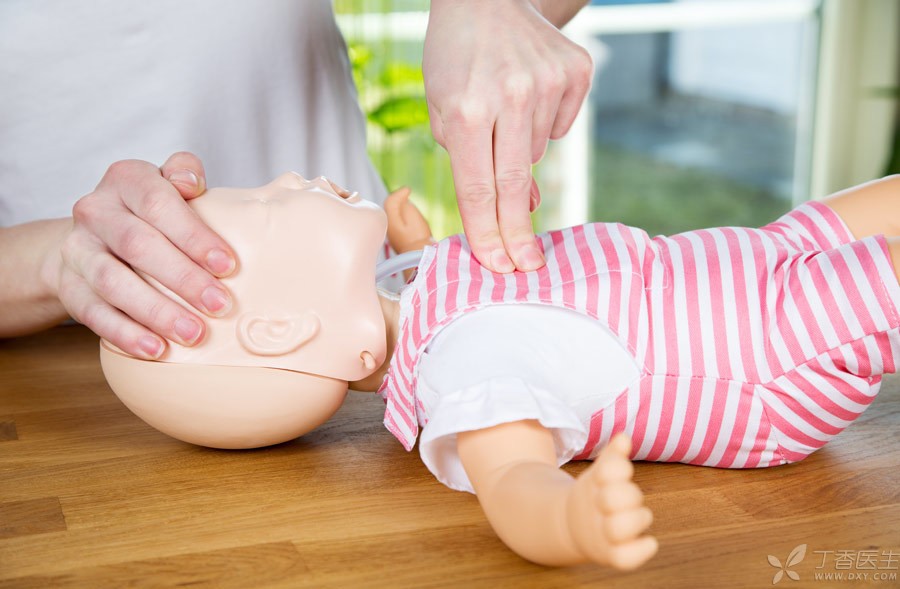 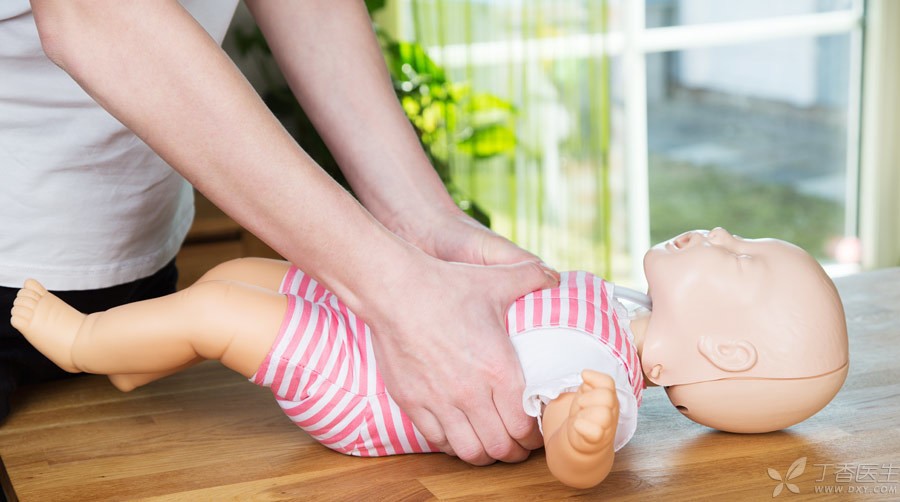 Effective chest compressions are the key to cardiac resuscitation, so the following points should be done during compressions:

1. The compression depth is 1/3 of the chest thickness, about 5 cm for children and 4 cm for infants.

3. After each press, ensure that the chest wall rebounds completely.

Open the airway with the method of lifting the head and chin (as shown in the figure below), hold the nose with the thumb and index finger of the hand placed on the forehead, take a normal breath (no deep breath is required), and seal the patient’s mouth circumference with the lips (infants can use mouth to nose) so as to completely prevent air leakage, and give a breath (blow for about 1 second). 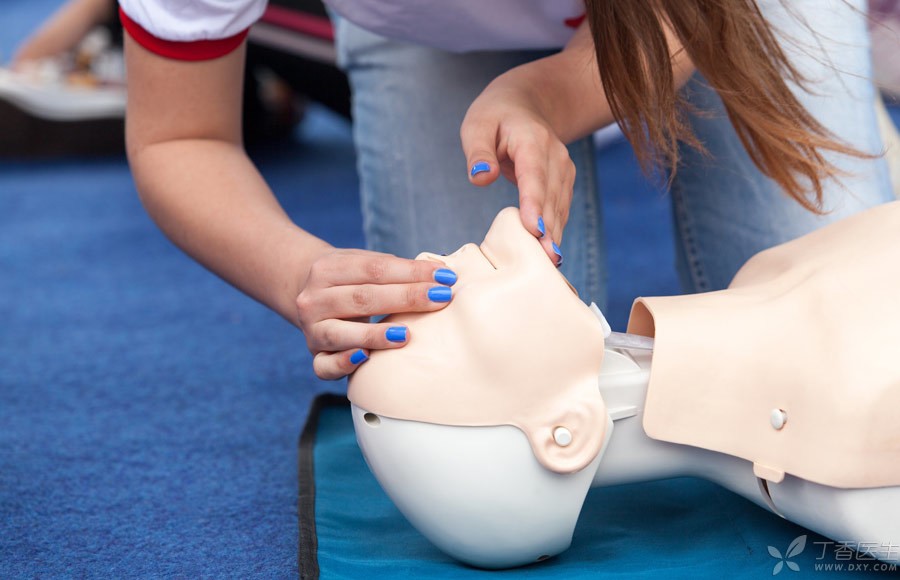 When breathing, observe whether the thorax is bulged. If the thorax is not bulged, repeat the method of lifting the head and chin, and give a second breath. If the patient cannot be ventilated after two attempts, chest compressions should be quickly resumed.

Five, the use of automated external defibrillator (AED)

Similar to adults, for cardiac arrest in children, [Automatic External Defibrillator] (AED) should be used as soon as possible if possible.

Automatic external defibrillator (AED) is a simple and effective emergency equipment. In case of emergency, AED can perform emergency defibrillation on people with sudden cardiac events to save human lives as quickly as possible.

Moreover, even if AED is configured, it is even less and less that AED can be used correctly in emergencies, resulting in zero use of AED in our country at present.

It is suggested that qualified parents learn how to use AED when attending first aid training.

AED is like a fool’s camera, which is not difficult to use:

Turn on the power supply and follow the voice prompt step by step. Just stick the electrode sheet (one is placed on the upper right side of the chest, that is, directly below the collarbone, and the other is placed on the left side of the nipple to avoid the nipple), connect the wire, wait for the defibrillation instruction, and press the button lightly to complete.

It should be noted that:

For patients aged 8 years and above, adult electrode sheets are used. For patients under 8 years of age, If possible, Use the child electrode sheet (). If the AED has a key or switch that gives the child electric shock energy, The key or switch is turned on. Before the AED analyzes the heart rhythm and presses the defibrillation button, Do not touch the patient. After defibrillation, continue to give 5 cycles of cardiopulmonary resuscitation (single 30: 2, double 15: 2 chest compressions and artificial respiration), and then evaluate the patient’s response and respiration again for 5-10 seconds. Cardiopulmonary resuscitation cannot be stopped until the patient has response, respiration or the arrival of professional emergency personnel.

The average emergency response time in China (from 120 calls to the arrival of emergency personnel at the scene) is more than 10 minutes, which is much more than the golden 4 minutes for life saving.

Children suffer from cardiac arrest. If they wait for the arrival of professional emergency personnel, it is equivalent to waiting for death.

In such an emergency, if the people around you immediately implement cardiopulmonary resuscitation, the survival rate of children will be greatly improved.

First aid operation is not difficult. We advocate that at least one member of each family should learn first aid skills and be a hero to save lives at critical moments.