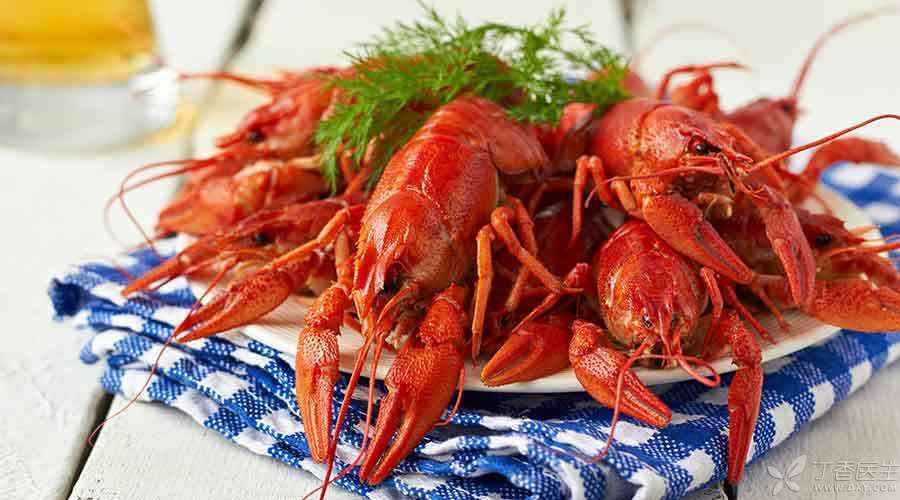 Since July 2016, major hospitals in Nanjing have received dozens of patients with rhabdomyolysis caused by eating crayfish. The Nanjing Center for Disease Control has issued a special risk warning for crayfish consumption, reminding the general public that if they suffer from systemic or local muscle soreness within 24 hours after eating crayfish, they should go to the hospital in time and explain their eating history.

In fact, as early as 2010, Nanjing has also had similar events, many people eat crayfish appeared muscle soreness. The [Nanjing incident] mainly has the following characteristics: all patients have muscle soreness symptoms, biochemical tests show creatine kinase, myoglobin and other indicators significantly increased, clinical diagnosis for rhabdomyolysis. Fortunately, most patients soon recovered and were discharged from hospital.

The victims all ate crayfish before the onset of the disease, but their dining places were highly scattered and they did not eat the same batch of crayfish. Experts conducted various tests on the collected samples, including pathogenic bacteria, heavy metals, pesticide residues, antibiotic residues, hormones, parasites, algae toxins, etc., but found no clues…

What scares everyone even more is that in the following period of time, similar news reports followed one after another, and people began to wonder if they could still eat crayfish happily.

Shrimp powder is the main cause of [myolysis]?

This statement was once regarded as the truth. However, the so-called [culprit], that is, washing shrimp powder, said that he was innocent.

Shrimp washing powder contains industrial strong acid [oxalic acid], which sounds scary, but in fact oxalic acid is widely found in food, only the content is a matter of how much. Anyone who does not say dosage but only says poisoning is a hooligan.

The content of oxalic acid in shrimp washing powder is not enough to cause much harm, and oxalic acid is corrosive. If the content is high, eating it will first erode the digestive tract, causing discomfort such as nausea, vomiting and burning sensation, instead of the clinical symptoms of muscle soreness.

In fact, such cases have been reported abroad for a long time. In 1924, rhabdomyolysis of unknown causes caused by eating aquatic products was reported in Haff District on the Baltic Sea coast, which was very similar to the domestic cases and was named “Haff Disease”.

Haff disease is a kind of rhabdomyolysis of unknown causes, which occurs occasionally in all countries in the world. Generally, it occurs within 24 hours after eating aquatic products. In addition, there is no obvious rule. In fact, similar cases have occurred in addition to eating crayfish, marine fish and freshwater fish.

Rhabdomyolysis: It refers to the dissolution and destruction of human muscle cells due to various reasons, and the things inside the cells run to the outside, causing damage to the human body. In serious cases, it can cause hyperkalemia, acute kidney injury and other life-threatening complications.

In addition to eating crayfish, there are many reasons that may cause rhabdomyolysis. Among them, excessive exercise (such as running marathons), heatstroke (most common in military training), drugs (such as statins) and so on are relatively reported. In addition, infection, inflammation, some metabolic diseases and hereditary diseases can also cause rhabdomyolysis.

In case of this disease, will how?

What if I suspect it may be this disease?

When there is the above inducement, and symptoms appear at the same time, suspect oneself got rhabdomyolysis, should go to the hospital in time. At the same time, actively relieve the inducement, such as heatstroke people should cool down in time, take statins should be stopped in time.

If the doctor considers the diagnosis as [rhabdomyolysis], he will immediately carry out symptomatic and supportive treatment such as massive fluid infusion, diuresis, alkalization of urine, correction of electrolyte disorders and acidosis.

The disease can be mild or severe, and can be fatal when it is serious.

Most patients can recover in a short period of time after timely fluid infusion treatment. Symptoms usually subside within 2-3 days, with good prognosis. Patients with mild symptoms can even recover without treatment.

However, if the disease is serious, such as renal failure and disseminated intravascular coagulation (DIC), it may also have poor therapeutic effect and eventually worsen the disease, leading to death.

How to prevent rhabdomyolysis?

There are many factors leading to rhabdomyolysis. We list the following feasible preventive measures:

Avoid continuous operation at high temperature, and cool down in case of heatstroke. Avoid long-term and high-intensity exercise; Taking drugs that may cause rhabdomyolysis requires regular monitoring of biochemical indicators; Avoid alcohol abuse, and it is best to abstain from alcohol. Avoid traumatic oppression. If oppression occurs, medical personnel should be called for help in time for treatment.

Finally, I have to say a very regrettable thing. There is no clear explanation as to how crayfish and other aquatic products cause rhabdomyolysis. Whether it is the Nanjing incident or similar cases in foreign countries, experts have carried out various tests on the samples, but they have never been able to find the culprit.

Since you can’t find it, you can’t easily deny it. If you like crayfish, please continue to enjoy its delicious taste on the premise of ensuring hygiene.