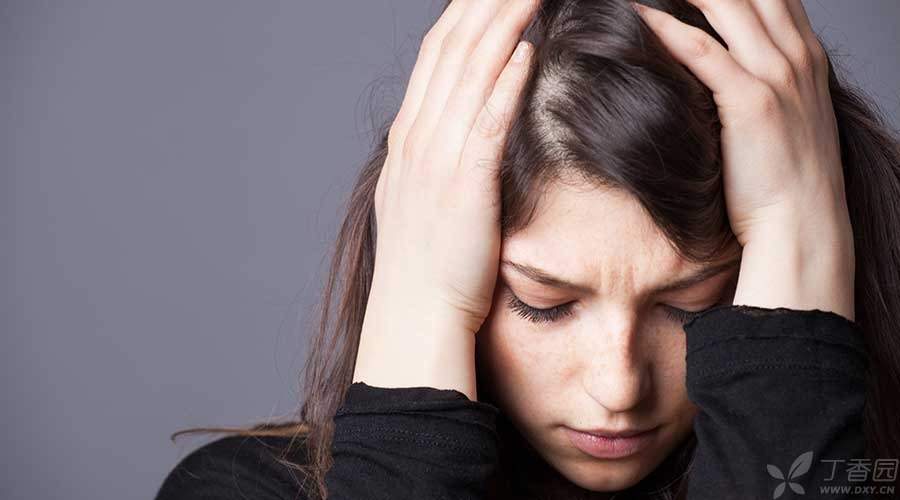 1. Depression will be defeated by harder work: Wrong

In the United States, one in six people suffers from depression. People not only have many prejudices about this common disease, but also many folk remedies are circulating in the world.

Some people think that as long as you forget about your work, you can get rid of depression.

Perhaps this is really a good medicine for people who are slightly depressed. However, it is really ineffective for depression. Overwork, especially for men, is actually a clinical manifestation of depression.

2. Depression is not a disease: Wrong

Depression is a serious state of illness. However, it is often confused with normal [sadness].

Different from general mood swings, depressed patients will show abnormal states in brain image scans. In addition, the chemicals used to transmit information between nerve cells in the brain are also out of balance. Generally speaking, inhibitory substances are more than excitatory substances.

3. Even doctors may not find male depression: Yes

For a male depressed patient, his lover and even the doctor may not be able to find his disease status.

This is because men do not openly express their feelings like women, and some depressed men do not show sad or lost expressions.

In fact, when men are depressed, they are more likely to show irritability, irritability and even roughness. Some male patients will try their best to cope with depressive symptoms through recklessness, alcohol abuse and drug abuse.

4. Depression is nothing more than self-pity: Wrong

Modern culture values willpower and self-strength, and easily labels people who shrink back as “weak”. However, people suffering from depression are not lazy or just blame themselves. Nor can they [let] depression get away.

Depression is a mental disease, which is accompanied by brain changes. Like other diseases, the symptoms can be relieved after proper treatment.

5. Everyone can be depressed: Yes

Depression patients have no distinction between occupation, personality, race or cultural background.

6. Depression will slowly devour you: Yes

Compared with sudden acute diseases, depression progresses very slowly until one day, you can’t hold on and start to skip work, play truant, or stay away from social life.

There is a type of depression called “mood disorder”, which is a state with low severity of symptoms over the years and silently destroys your career and interpersonal relationships.

Depression may also present serious symptoms, making people unable to work, study and live normally. However, after treatment, many people’s symptoms can be significantly improved within one month to one and a half months.

You know, drugs are not the only way to relieve depressive symptoms, and seeking help does not mean taking psychotropic drugs.

In fact, research shows that talk therapy is as effective as drug therapy for mild to moderate depression. Even if antidepressants must be taken, they do not need to be taken for a lifetime. Doctors will decide when to reduce and stop drugs according to their illness.

Depressed people do not always cry.

Some patients do not cry or are especially sad. They just feel [emotional blank], feel [worthless] or [useless].

9. Family history is not fate: yes

People with depression at home may need to pay attention to the early symptoms of depression and take active actions to adjust, such as reducing stress, increasing exercise, receiving psychological counseling or other professional interventions.

10. Aging Can Lead to Depression: Wrong

Many people have succeeded in getting old without depression, but there are also elderly people who have not escaped depression and their symptoms may be ignored. Older people may hide their sadness and show completely different and inconspicuous symptoms: food is no longer delicious, muscle and joint soreness is aggravating, sleep is not stable, etc.

Physical diseases may make the elderly more prone to depression and more difficult to recover after surgery.

When old people have memory problems, vague thinking or even delusions, the root cause may be depression. Nursing staff and doctors may regard these as symptoms of dementia or age-related memory decline.

By treating depressive symptoms, the cognitive function of most elderly patients will be improved. Psychotherapy is especially effective for the elderly who do not want to take medicine.

12. Saying it will only make it more troublesome: Wrong

There is evidence that discussing problems with professionally trained people under certain settings will make things better.

Different types of psychotherapy relieve depressive symptoms by dealing with negative ideas, unaware emotions or interpersonal difficulties. The first step to take is to talk to professionally trained mental or psychological workers.

The old advice [on the positive side] has now developed into a psychotherapy that can relieve depressive symptoms. It is called cognitive behavioral therapy. When receiving treatment, Visitors will learn new ways of thinking and behavior, and counselors will teach them to identify negative [self-conversation] and behaviors and replace them with more optimistic thoughts and more positive emotions. In many studies, cognitive behavioral therapy, either alone or in combination with drugs, has had therapeutic effects on most depression patients.

14. Depression is basically not cured: Wrong

The reality is that most of those who took the initiative to relieve depression recovered successfully. In a large study, 70% of the patients lost all their symptoms after treatment, but not all of them relied on the power of modern medicine. The study also showed that the best treatment method was drug therapy combined with psychotherapy.

Some major events in life can bring sadness or disappointment, but this is not [depression] under the medical definition. People will inevitably feel sad after experiencing death, divorce, layoff or diagnosis of major diseases.

16. What about what’s need for treatment?

When sadness becomes daily, persistent, or occurs most of the time, help is needed. If people get through the difficulties smoothly, they usually turn their attention to other things or cheer up in a short time.

17. Tomorrow will be better: Yes

In a state of severe depression, people will feel that life will never get better again. This despair is a symptom of the disease, not a fact.

After treatment, positive thoughts will gradually replace negative thoughts, and sleep problems and appetite problems will improve with the improvement of mood. Patients who have received psychological treatment will gain more coping styles to better deal with life stress when they are depressed in the future.