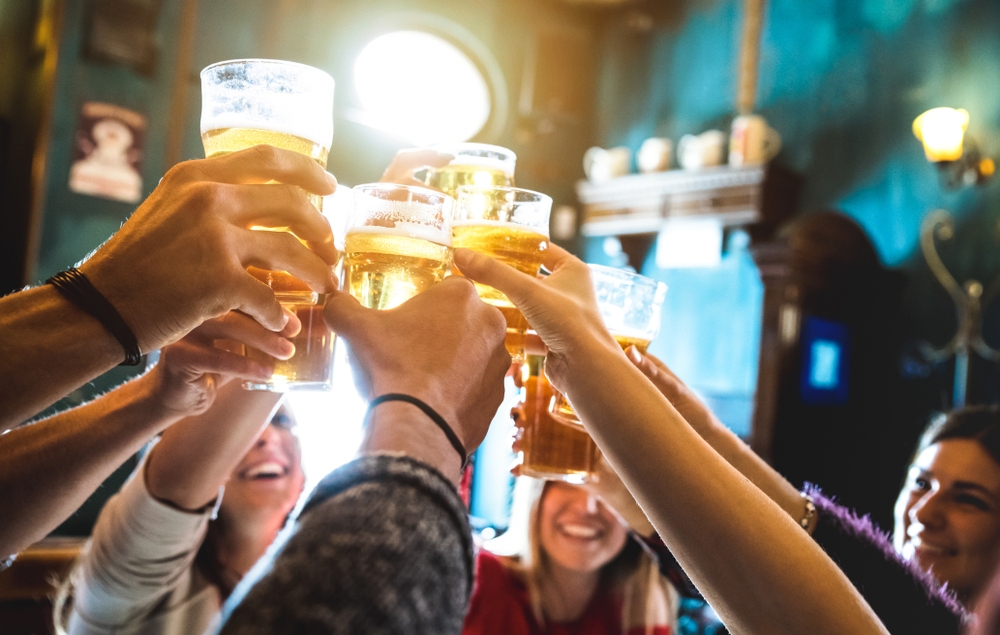 New Year’s Day, relatives and friends get together a lot, it is inevitable that on the wine table [see the true feelings]: deep feelings, a stuffy; Feelings are shallow, lick it.

Although more and more people realize the harm of excessive drinking, they are still overwhelmed by vomiting-inducing toasts at festivals.

First, I blush when I drink it. It’s a disease.

However, nearly half of the Chinese are born short of these enzymes, so acetaldehyde metabolism is not smooth and accumulates in the body, acting on the central nervous system and blood, causing uncomfortable reactions such as blushing, dizziness and nausea.

Of course, this does not mean that people who do not blush after drinking can rest assured to drink. Whether blushing or not, excessive drinking will bring many health problems.

Two, I took some medicine today, drinking will kill me

You may have heard that [eating cephalosporins without drinking] can cause [disulfiram-like reactions], from headache and chest tightness to fatal ones. This is because cephalosporins (a class of antibiotics) and metronidazole can react with alcohol and cause poisoning symptoms.

In addition to cephalosporins and metronidazole, there are tinidazole, ornidazole, chloramphenicol, ketoconazole, warfarin, insulin, glibenclamide, chlorosulfonylurea, phenformin and sulfonamides, which cannot be drunk after eating.

In fact, alcohol will affect many drugs, including acetaminophen, which is very common in cold drugs and painkillers. If you drink alcohol during taking drugs, you will increase the risk of liver injury.

Three, my liver is not good, really can’t drink

Liver is not good can’t drink, presumably everyone knows this common sense. Liver is very hard, alcohol into the human body, mainly rely on it to metabolize. Excessive drinking, liver overwork, will inevitably have damage.

Although the human body will repair the liver, However, this repair mechanism is not perfect. For example, if a deep incision is made in the skin, scars will grow after it is healed, and [seamless repair] cannot be done, the liver will also only [scar repair], which is manifested by a large number of hyperplasia of fibrous tissue, namely [liver fibrosis]. If liver fibrosis continues to develop, the liver will eventually lose elasticity and harden, which is liver cirrhosis.

Remember, once cirrhosis occurs, it cannot be reversed or cured, so we don’t joke about our liver.

Four, I drove out today

This reason need not be stressed to everyone, right? Safety comes first.

Therefore, no matter how much wine you drink, it will affect your ability to drive safely.

Drink less, do not drink, benefit others and benefit oneself.

It seems that everyone knows that drinking is harmful to health. Since wine is not so [delicious], why do people still [like to drink]?

In fact, the problem facing the Chinese now is not that they love alcohol too much, but that they have to drink.

The [wine culture] developed from the [dining table culture] has long ceased to aim at everyone’s happiness, but to [accompany well] [be in place] [be satisfied]. Driven by the face culture, the concept of “the more you drink, the more satisfied you are” has been deeply rooted in the hearts of the people.

If the result of drinking is discomfort, drunkenness, illness and even death, one should reflect on whether it is a human problem or an environmental problem.

Remember to share this article after reading it, which can definitely be used as a sharp weapon to stop drinking this year.