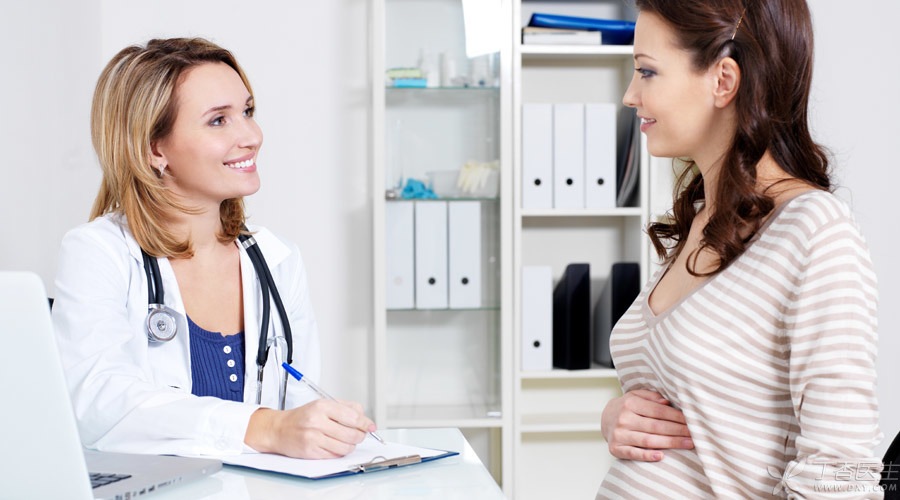 Look at this data, how panic should polycystic patients have. Many people think that they will not be able to get pregnant and have no chance to have a baby.

In fact, this kind of panic is unnecessary. Most patients with polycystic ovary syndrome can conceive babies after treatment.

However, why do so many patients remain infertile for several years or even more than ten years after marriage? It is nothing more than that I have been hospitalized indiscriminately because I believe in folk remedies, and I don’t insist on one hammer in the east and one stick in the west… I have even seen people in the clinic who have not been pregnant for 20 years after marriage.

In order not to let everyone take detours again, let’s talk about the correct method to let you conceive the baby in three steps.

Pre-pregnancy examination is recommended for polycystic patients, whether they are planning to conceive or are unable to conceive.

The inspection items mainly include:

If infertility is diagnosed, the husband’s semen must be tested. In addition, hysterosalpingography must be performed when necessary to determine whether there are other factors leading to infertility at the same time.

The second step is carried out on the basis of the first step, that is to say, whether to carry out pre-treatment should be judged according to the examination results.

Doctors will evaluate the disease according to the results of the examination. If there is hyperandrogen, insulin resistance, impaired glucose tolerance or diabetes, it is recommended to carry out pre-treatment before ovulation induction.

(2) Reasonable intake: Total energy intake should not exceed the standard, so as to control body weight.

It is suggested to insist on moderate or above intensity exercise at least 5 times a week for 30 ~ 60 minutes each time.

If the androgen is too high, the androgen can be reduced first, and then ovulation can be induced to help pregnancy.

It is suggested to induce ovulation and pregnancy as soon as possible after drug withdrawal, so as to prevent hormone imbalance from affecting ovulation after a long time.

For patients with obesity, insulin resistance, impaired glucose tolerance or diabetes, metformin can be used to reduce insulin, treat diabetes and improve follicle quality, thus reducing the occurrence of obstetric complications such as gestational diabetes, gestational hypertension and the like and reducing the probability of abortion.

In addition, when obesity and insulin resistance are controlled, patients have the opportunity to resume ovulation and become pregnant naturally.

Through the above pre-treatment, some patients can resume natural ovulation and conception.

Patients who cannot resume ovulation need to induce ovulation and assist pregnancy as soon as possible, because hormone disorders will recur quickly if the drug withdrawal time is too long.

Clomiphene or letrozole is the first choice for ovulation induction. Patients with poor effect can be injected with HMG or FSH to induce ovulation. Generally speaking, more than 95% of patients can successfully induce ovulation and become pregnant through drugs.

Therefore, we must be patient and treat this matter. We are really impatient and cannot eat hot tofu.

People often ask: [Dr. Zhang, can polycystic ovary syndrome be treated by surgery? Do you want to be a test-tube baby in what? ]

It is true that some patients with polycystic ovary syndrome need surgical treatment. The operation here mainly refers to [laparoscopic ovarian drilling], and its function is also [ovulation induction] to help conception.

In fact, although ovarian perforation is one of the treatment methods, but due to certain risks in surgery, it may cause premature ovarian failure, so, it is generally not the first choice. Only when the patient has other factors that need laparoscopic surgery, or when drug therapy is ineffective, is recommended.

The application of IVF therapy is relatively clear, mainly as follows:

Patients who have successfully induced ovulation for more than 6 times but have never been able to obtain pregnancy (pregnancy); The woman is a patient with polycystic ovary syndrome, and also has abnormal conditions such as oligospermia and azoospermia of the man.

In short, if the treatment is standardized and the scheme is reasonable, it is not a matter for patients with polycystic ovary syndrome to become pregnant.

So don’t worry, step by step according to the scientific plan treatment, realize a good pregnancy is not a dream!