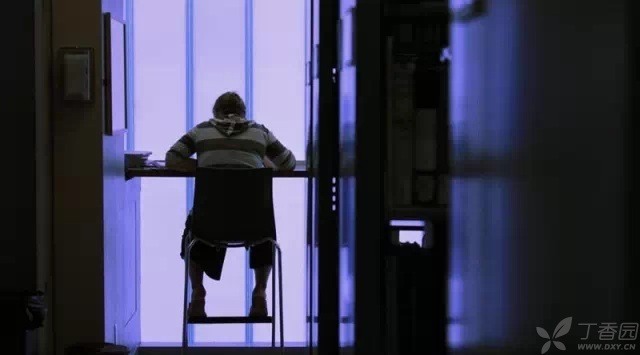 Jenny is thirty years old, She told me that she had been a little fat since childhood, but what bothered her more was emotional problems. It turned out that she suffered from severe depression, her mood fluctuated, she even nearly dropped out of high school, and she had been seeing psychiatrists and psychotherapists, and had taken some antidepressants intermittently. Later, the situation stabilized for a period of time and stopped taking drugs.

In the past year, due to various reasons such as high work pressure and breaking up with her boyfriend, her mood fluctuated again. A few months ago, doctors began to give her the antidepressant Paroxetine.

She felt that her mood had stabilized a lot, but she obviously felt that since taking this medicine, her weight had increased by another 5 kg, reaching an unprecedented weight! She asked me suspiciously: “Is it related to this medicine?” ]

Antidepressants are one of the reasons for [getting fat]

She guessed right that many psychiatric drugs have the side effect of weight gain. The only antidepressant that suppresses appetite and helps lose weight instead of gaining weight is Bupropion (also known as Wellbutrin).

In fact, the U.S. Food and Drug Administration approved the listing of a new weight loss drug Contravel in September 2014. Its effective ingredient is bupropion.

I called Jenny’s psychiatrist and suggested that she gradually reduce her paroxetine to stop using it, and then start using bupropion, which can not only control her depressive symptoms, but also help her lose weight. The so-called one drug, two uses, kill two birds with one stone. Her doctor readily agreed, and Jenny was also very happy and full of confidence in losing weight.

In fact, it is not only psychiatric drugs, many commonly used drugs have side effects of weight gain. For example, betaloc, which is commonly used for hypertension, can gain an average of 2 kg of weight.

So for this group of patients, If there is no case where betaloc must be used for coronary heart disease, angina pectoris, chronic heart failure, etc., it is recommended to switch to ACEI (angiotensin converting enzyme inhibitor, such as lisinopril) or ARB (angiotensin receptor antagonist, such as losartan), which have no obvious effect on body weight. These two drugs can not only lower blood pressure, but also reduce the risk of diabetic nephropathy progression.

For example, many drugs commonly used by diabetics can make people gain weight, especially insulin. But there are three types of drugs that can help them lose weight: biguanides (such as metformin), pramlinitide (trade name Symlin) and glucagon-like peptide (GLP-1) analogues (such as Victoza, liraglutide injection).

In April 2015, FDA approved the use of high-dose liraglutide injection (trade name Saxenda) as a weight loss drug. Note that it is not used for diabetes, but for obesity! Another successful example of killing two birds with one stone.

How to have both [weight loss] and [sugar control]?

Della is one such example. She suffers from diabetes and has used several different hypoglycemic drugs before, including metformin, and her blood sugar cannot be controlled. Therefore, her doctor gave her an insulin pump, and the current dose is 3 units per hour (the total amount of insulin in a day is 72 units).

Since using the insulin pump, Della’s blood sugar has been well controlled, but she has grown 20kg in just six months!

In addition to controlling blood sugar, insulin has another unpopular function in the body, which is to promote the accumulation of adipose tissue in the body, especially in the abdomen, forming central obesity! With such a high amount of insulin every day, it is strange that she does not gain weight!

On closer enquiry, she has been using metformin, but it is only 500 mg twice a day, far from the maximum dose, and she has never used Symlin or Victoza.

I decided to adjust the medication for Della diabetes and triple the amount of metformin. At the same time, give her Victoza, starting from the minimum dose, and slowly add the dose. The principle is to try to use drugs that are conducive to weight loss to control blood sugar and try to reduce the amount of insulin.

It happens that she is going to see an endocrinologist tomorrow. So I wrote my advice to her and asked her to take it to the endocrinologist tomorrow to discuss it. If she agreed, we would begin the plan. Her doctor accepted my advice. When Della came to see me again a month later, her insulin consumption had been reduced to two units per hour and her weight began to drop.

The seemingly simple common diseases and commonly used drugs actually contain a lot of knowledge. If you have patients suffering from weight problems, you may as well work with them to carefully clean up the drugs you use, avoid using drugs that gain weight as much as possible, and switch to drugs that are conducive to weight loss or at least have no obvious effect on weight.