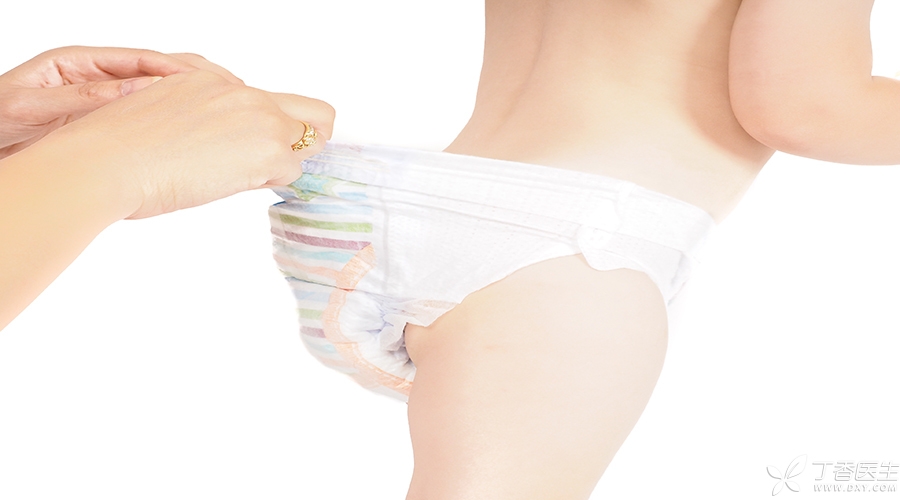 However, judging from the experience of mothers, which brand of diapers is the best? What problems do mothers pay most attention to when choosing diapers?

In order to understand this problem, Clove Mother launched a discussion on the topic of “Diaper Use Experience” on the website, which attracted many precious mothers to participate and pay attention enthusiastically.

From this, we selected 300 valid comments, including 26 diaper brands, and made statistical analysis on them. I would like to share with you the experience of Baoma on the use of diapers.

1. Which indicators of diapers are the most concerned? 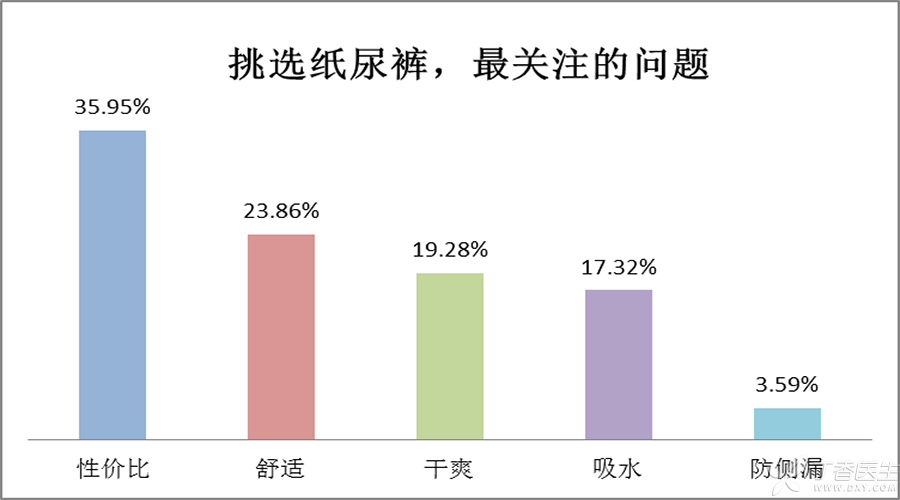 According to the comments of Baoma, we merged the indicators that everyone paid attention to into 5 items and ranked them accordingly.

The results show that [cost performance] is the most concerned indicator for precious mothers, with 35.95% of mothers mentioning it. 23.86% of mothers will consider their comfort, ranking second. 19.28% paid attention to the index of [dry and not red buttocks]; Water absorption and side leakage prevention ranked fourth and fifth respectively.

In addition, Baoma also pays attention to the purchase channels and fakes of diapers.

The baby is eight months old, I’ve been using diapers since I was born. I’ve used flower king, Sparrow’s, Curious Gold Dress, Curious platinum suit, Eunice, I have also used domestic brands Mummy Baby and Happy Baby. Generally speaking, All things are good, I think it’s Eunice, It absorbs water very well, One night can not tube, daytime a morning don’t need to change, breathable feel what is good. Secondly is curious platinum, lack of water absorption, but also very breathable, big enough. Considering the cost performance, domestic happy baby can still, water absorption is better, but will be stratified, so to change frequently, because the price is lower, frequently change also don’t love dearly. Other, each has its own advantages and disadvantages.

There are many brands of diapers, and Baoma has his own love. Look at the comments below and just play.

2. Which diapers have high cost performance? 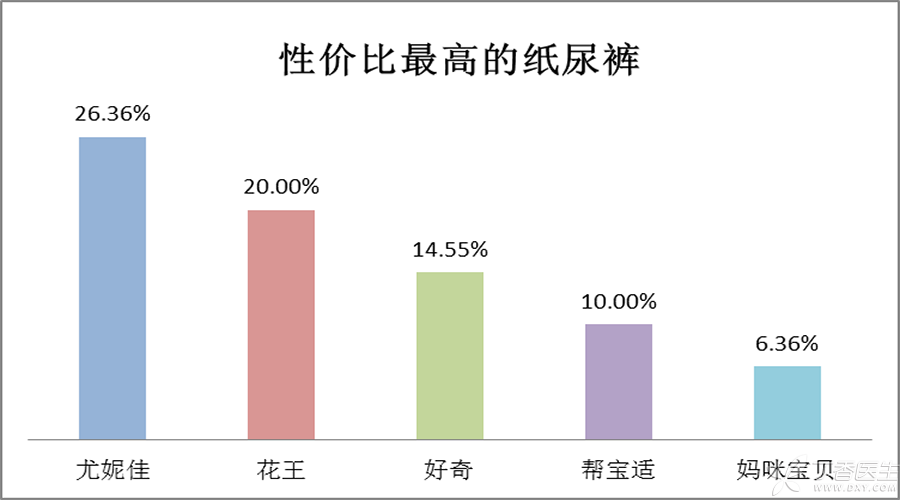 We have selected the top five brands in the index of [cost performance]. Statistics show that 26.36% of Baoma think Eunice diapers have the highest cost performance, with Hua Wang ranking second and 14.55% choosing curiosity. Pampers and Mummy Baby are ranked fourth and fifth respectively.

Baby girl, used Pampers Green Gang and White Gang, The King of Flowers, the King, Eunice, Curious gold outfits purchased by domestic e-commerce companies and a small bag of Anerle purchased by temporary emergency supermarkets. Now let’s talk about the experience of using it: The Green Gang is very difficult to use and airtight. The White Gang is not bad but expensive. The Flower King, King Wang and Eunice are all very good, but Eunice is the one with the highest cost performance. Now the baby uses Eunice and it is very cost-effective to buy it on Haitao website.

The eldest daughter used Anerle in 2009. At that time, the novice mother did not make any comparison and used it when she had it. Now the younger son is 2 months old. He has used the help of Baoshi, Huawang and Mummy Baby. I don’t like it. Huawang is too thick to use in summer. The most used is Mummy Baby, which is relatively thin. It is divided into men and women. The absorption layer of boys is on it. It is quite humanized and has high cost performance. Therefore, I personally recommend Mummy Baby.

3. Which diapers are comfortable to wear? 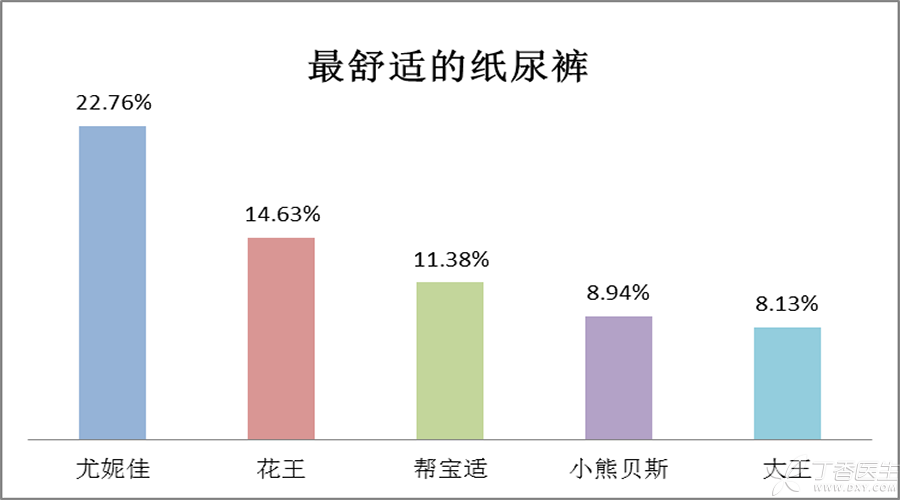 In addition to the problems of water absorption and hygiene, in order not to injure the baby, Baoma also pay close attention to the comfort of diapers: are diapers thick or not? Can’t afford lump? Does it fit your baby’s small fart? Will it loosen? Will it rub your thighs? Is the material soft?

We also listed the top five brands in this indicator. Statistics show that 22.76% of Baoma reflected that Eunice’s diapers were the softest and most comfortable, with Hua Wang ranking second, Pampers third, Bear Bass and King fourth and fifth respectively.

The baby is one and a half years old and has used N kinds of diapers. The experience is as follows: the most beloved flower king is soft and breathable (but it is slightly thick in summer). Pampers is also recommended, thin and soft. If the economy permits, it is suggested to use a better brand, with a penny and a penny.

Our baby is eight months old and has been using Pampers all the time. From NB to XL, we feel particularly good in terms of air permeability and comfort, magic stickers and absorbent beads. The price is also within the acceptable range. Now the baby can sleep safely until dawn.

Eva is now two and a half months old, With a lot of bags of flowers, In addition, Eunice and the King Angel each used a bag. By contrast, the King Angel is the most comfortable. Good softness, Strong water absorption, And baby fart fits well, of course the price is also beautiful ~ the second is flower king, the price is relatively cheap, is also a hot brand, with a lot of bags. Eunice dry degree is not as good as the first two, the advantage is thicker thigh part, suitable for the baby with thick legs ~ the same model of diapers, king angel’s largest, followed by flower king, Eunice’s smallest ~.

My children are now over 4 months old, I have used Eunice, Hua Wang, Bai Bang, Curious Gold Dress, Curious Silver Dress, Binbi and Bear Bass. Bear Bass is quite thin and has a wider crotch, but it is especially soft. Therefore, I don’t think it is a card, nor can I afford to lump it. It is continuously layered and cheaper. After comparison, I have been using Bear Bass. Although Bear Bass is not a big name, it is really good.

4. Which diapers are dry and breathable without red fart? 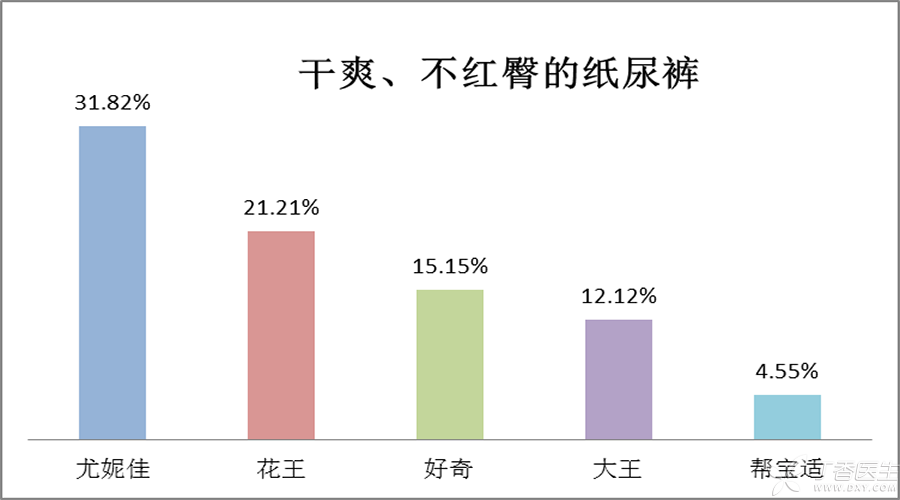 The baby’s skin is delicate. If the diaper has poor air permeability, the hot air and moisture generated after urine is absorbed will easily make the baby feel sultry, and if stimulated by urine, feces and other substances, it is easy to appear [red fart]. In addition, if the material on the diaper surface is hard in texture, it is also easy to cause redness of small fart due to friction.

I have basically used all the diapers on the market, and finally I think the Eunice diapers my friend bought for me are the best to use, and the air permeability and water absorption can kill other diapers. No matter how long they are used, the small fart will always be dry after opening them.

From the beginning of the month, I used the flower king. After using it, I felt that my small fart was quite dry. From the third month till now, I have used the curious baby in silver. It has good water absorption, dryness and good quality.

5. Which diapers have strong water absorption?

Japan’s Flower King is the choice after comparison. It feels good, is skin-friendly and breathable, and has a waist sticking design. The baby is also very comfortable, absorbs the most water, and the baby’s buttocks are not wet in the morning.

The daughter has been Eunice since she was born. She has strong water absorption, will not lump up faults, and will not seep back. Her small fart is dry and lasts all night.

Now my baby has been using Pampers super soft pull-up pants imported from Japan for nearly six months. They are especially good, have large absorption, dry and breathable, and have no red fart any more. It is no problem in such a hot summer, so I decided to use them for your reference.

1. When buying diapers, one should purchase formal brands through formal purchase channels.

2. Like other daily chemical products, the choice of diapers varies from person to person. Initially, Baoma may need to try several more brands to find the most suitable brand for their babies.

3. The most important thing should be to learn how to use diapers.

When using diapers, they should be replaced frequently, with an average of 2 urinations. After each baby defecates, rinse with clear water or wipe it clean with a wet towel. After cleaning, try to blow dry with a low-wind hair dryer to keep the local skin clean and dry. Spare a hip cream, use it at the right time, and try not to wipe it with dry paper towel, because dry paper towel is rough and easy to wear the baby’s skin. At ordinary times, pay attention to the skin condition of the baby’s buttocks. If the baby’s red buttocks are serious and do not improve for a long time, he should go to the hospital in time.

It is fundamental to change diapers frequently, as the following mother said: