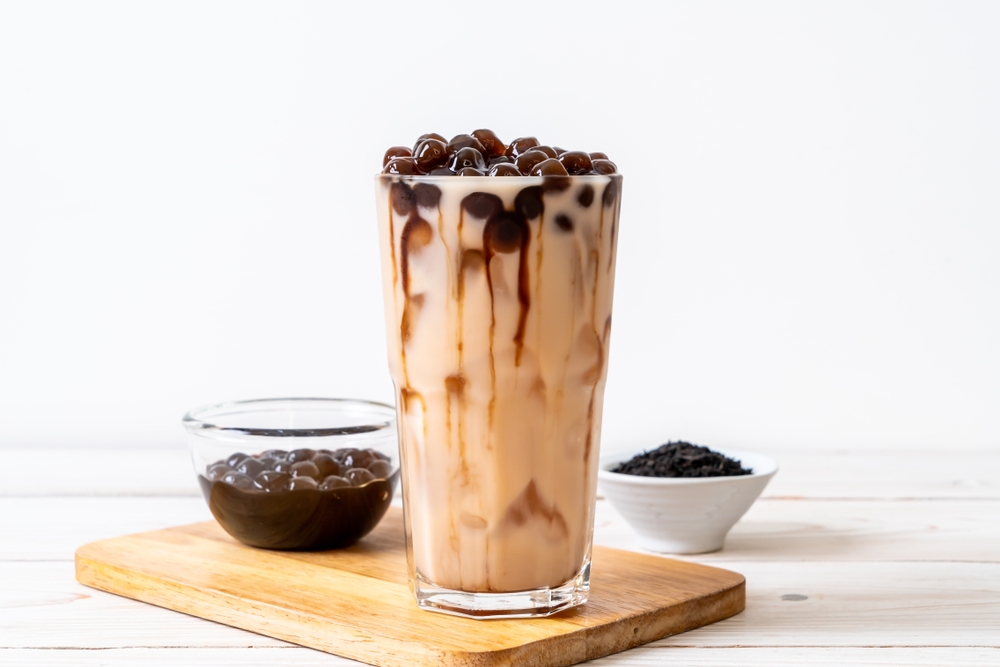 Some time ago, a post about bubble tea was widely spread in the circle of friends.

The post said that bubble tea contains harmful chemicals, such as sodium cyclamate, mirabilite, magnesium chloride, etc. Moreover, it is said that [pearl] is mainly cassava starch. In order to be elastic and chewy, wheat protein and synthetic polymer materials, namely plastic, are also added.

So, are the pearls in bubble tea really plastic? Let’s analyze them one by one.

The pearl in bubble tea is actually a flour round product made of starch as the main raw material. In order to have good taste and chewiness, some wheat protein is indeed used. Wheat protein is added because wheat protein has good hydration properties and structural properties, which can better combine with starch and make starch [pearl] more elastic and delicious.

Wheat protein is a kind of protein, Apart from some people who are allergic to wheat, wheat protein does not pose any harm to human body. Dextrin is not to worry about. Dextrin is a degradation product obtained by incomplete hydrolysis of starch, a mixture of oligosaccharides and polysaccharides composed of several to dozens of glucose, including maltodextrin, cyclodextrin, etc.

We usually eat, eat bread and other starchy foods, and gradually decompose dextrin after entering the digestive tract, which is then decomposed into glucose before it can be used by the human body.

As for the chemicals mentioned, they are actually several common food additives.

In order to make better [pearl] powder round products, some food additives, mainly sweeteners, coagulants, stabilizers and thickeners, such as mirabilite, magnesium chloride, sodium carboxymethyl cellulose, etc., will be used in the processing process. As long as it is allowed to be used and legally used, the safety can be assured.

It can not only increase the sweetness of food, but also provide no energy. It is mainly used in soft drinks, fruit candied fruit, ice cream, cakes, candy, pickles, gelatin snacks, jelly, jam, etc. The national standard of our country stipulates that the usage amount of sodium cyclamate in candy shall not exceed 0.65 g/kg.

How safe is it?

For example, the maximum amount of biscuits, bread and cakes that we eat everyday is 650 mg/kg. Even if we eat 2 kg of these foods a day, we will not exceed the [safety limit].

The estimated pearl consumption per cup of milk tea is up to 20 g, which means that you need to drink 100 cups of milk tea before your sodium cyclamate intake is likely to exceed ADI’s value. This should also be a challenge.

Mirabilite, alias sodium sulfate. It is a common food additive and is used as a processing aid.

According to China’s national standards, sodium sulfate can be used in various food processing processes as a processing aid, and the residual amount does not need to be limited. JECFA, an international authoritative organization, has not limited the ADI value of sodium sulfate for the time being when evaluating mirabilite.

Magnesium chloride is added to [pearl] as a coagulant and stabilizer. It is a common food additive and is commonly used in bean products. In the process of making tofu, coagulant is added to form a massive semi-solid state. Usually brine is used in the north, while gypsum is usually used in the south.

According to the national standard GB 2760-2014, when magnesium chloride is used in bean products, its maximum usage amount is appropriate according to the production needs. The pearl of milk tea also needs coagulant to form pearl shape. However, the scope of use of magnesium chloride does not include powder circles, if it is used beyond the scope.

However, there is not necessarily a safety problem, and consumers should not worry too much about the merchants adding too much, because magnesium chloride has a strong bitter taste, and the usual addition amount is less than 0.1%. If the merchants add more of this stuff, will there be such delicious milk tea?

Therefore, rumors say that the harmful chemicals added to milk tea are actually commonly used food additives. There are relevant regulations in the national standards, and normal use will not be harmful to human body. As for the polymer substance is plastic, there is no basis at all. In fact, starch and wheat protein are also polymer substances.

Rumors also say that milk tea is made of creamer, which contains trans fatty acids and is harmful to health.

In fact, even if milk tea is prepared with creamer instead of milk, it does not mean that all it eats is trans fat. Creamer contains hydrogenated vegetable oil, which may indeed contain trans fat, but the content is not high.

Survey data show that the average trans fat content of milk tea/creamer is only 0.41 g/100g.

However, many milk tea drinks still contain a lot of saturated fat and sugar, so don’t drink too much.

The supply market of bubble tea is also very large. It is good that some high-end Hong Kong-style tea restaurants will also use authentic black tea and fresh milk mixed together with rich milk tea, and there will also be many milk tea shops using creamer mixed with low nutritional value [milk tea].

On the whole, bubble tea is just an ordinary beverage. Whether it is really made of milk or cream, it comes from a regular source. You don’t need to worry about its harm to your health if you drink it occasionally.