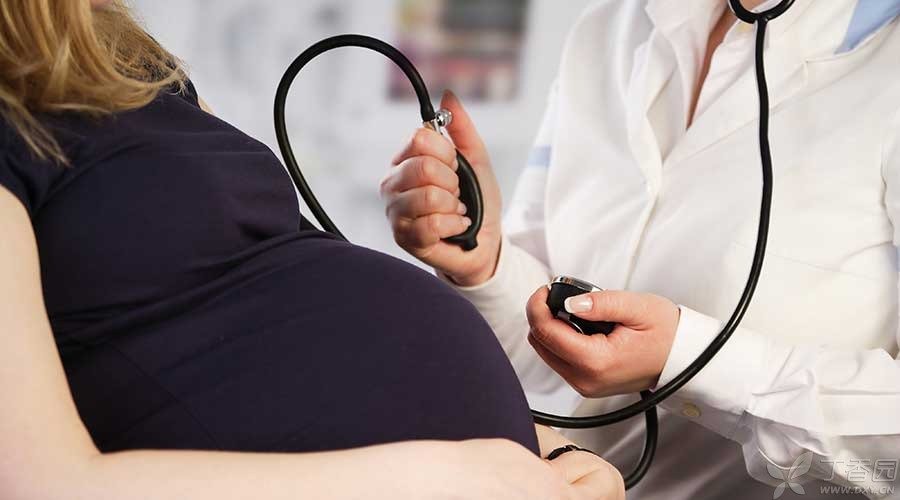 When it comes to hypertension, many people will think of some elderly people, but in fact, quite a number of young and middle-aged people also suffer from hypertension. Next, Dr. Clove will talk about the pregnancy of hypertensive women.

Blood pressure, pregnancy should be checked

According to statistics, among women aged between 18 and 39, the prevalence rate of hypertension is as high as 7%, which is a quite alarming figure, because this age group is exactly the age of a woman’s childbearing. A study counted 56 million women who gave birth in the year 2007-2008, and found that more than 1 million pregnant women had hypertension before pregnancy.

Women suffering from hypertension are pregnant and belong to high-risk obstetric groups, because their risks of preeclampsia, cardiovascular and cerebrovascular accidents, liver and kidney failure, placental abruption and even death are much higher, and the risks of abortion, premature delivery and even stillbirth are also increased.

Therefore, it is very important for women preparing for pregnancy to know their blood pressure.

However, compared with such a high incidence rate, what is even more surprising is that a considerable number of people do not know that they have got hypertension clinically. Many people feel that they do not have what’s uncomfortable symptoms and should not have hypertension. This idea is wrong, and when the symptoms of hypertension occur, it may already be a very serious situation.

Therefore, for women preparing for pregnancy, measuring blood pressure is a necessary examination.

If you already suffer from hypertension, can you not be pregnant again?

Of course not. Although the risks of pregnancy and mother and fetus in patients with hypertension are increased, it is generally safe if blood pressure is well controlled before pregnancy and pregnancy health care is in place.

Blood pressure control is stable and pregnancy is resumed.

For women who plan to become pregnant, if hypertension is found (blood pressure is measured three times in different days, and the results are higher than 140/90 mmHg), they should first go to the Department of Cardiology for regular diagnosis and treatment, and most people may need oral antihypertensive drugs.

In preparation for pregnancy, antihypertensive drugs should be changed to the types that can be taken during pregnancy (such as methyldopa, hydrochlorothiazide, or labetalol, metoprolol, nifedipine, etc.). Usually, the effect of replacing antihypertensive drugs needs to be observed for a period of time, and pregnancy should be considered after blood pressure control is stable. The general blood pressure control target is < 140/90 mmHg.

In addition to adjusting antihypertensive drugs, it is also necessary to evaluate several important systems of the whole body, such as cardiopulmonary function, nervous system, kidney function, liver function, etc., which are most easily affected by hypertension, so as to eliminate the damage of hypertension to various systems.

If blood pressure control is still not ideal or there are other system damages under the condition of oral antihypertensive drugs before pregnancy, it is recommended not to be pregnant first.

In addition to medical examination and intervention, it is equally important to change the daily lifestyle. The changes mentioned here are mainly in diet and exercise.

Diet: The most important thing for hypertension patients is to have a low-salt diet. The daily intake of salt should be less than 5g. In addition to putting less salt in cooking, attention should also be paid to putting less condiments with high salt content such as soy sauce and oyster sauce. Eat less pickled vegetables, pickled meat and other foods with high salt content; Increase the intake of fresh vegetables and fruits. Other foods such as whole grain foods, fish and shrimp, poultry, beans and nuts are also good choices. Reduce the intake of sweets and fat in an appropriate amount.

Pregnant prenatal examination should be timely

Hypertensive women after pregnancy, for mild to moderate hypertension pregnant women, need to stop using antihypertensive drugs, usually in the early pregnancy for the first time to do prenatal examination. After that, every 2 ~ 4 weeks prenatal examination, monitoring blood pressure and other system conditions of the body, according to the change of the disease adjustment medication.

As long as enough attention is paid, even women suffering from hypertension can safely pass the pregnancy and childbirth period and give birth to a healthy baby.