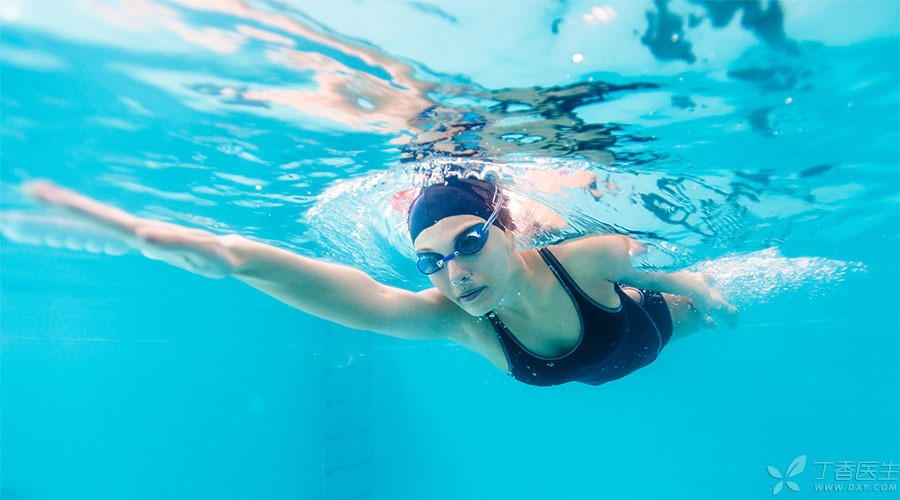 The Olympic feast is getting better and better. Just now, American swimming legend [flying fish] Phelps won the men’s 4x200m freestyle relay, which is also his 21st gold medal since all previous Olympics.

However, at this time, the more comments we see on the Internet are not about the gold medal itself, but more about the red circle around Phelps, which is also known as [cupping]. 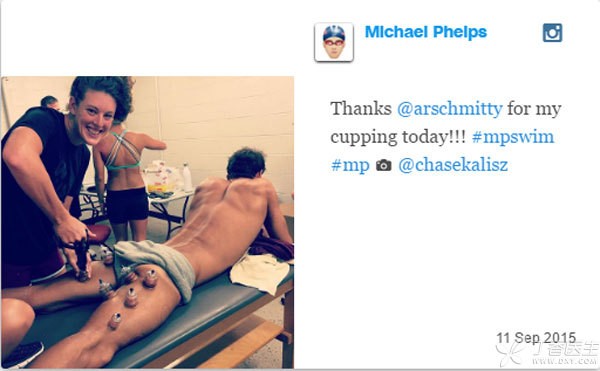 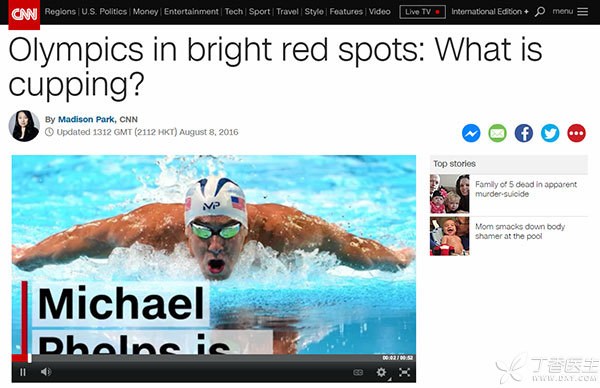 Not only Phelps, we have seen more and more athletes (especially Olympic athletes) use cupping as a means of rehabilitation and physical therapy. Even in the entertainment industry, many stars use cupping, and cupping has become a new fashion.

Alex Naddour of the U.S. Gymnastics national team and Pavel Sankovich of Belarus are also cupping enthusiasts. They also shared pictures of the treatment online. 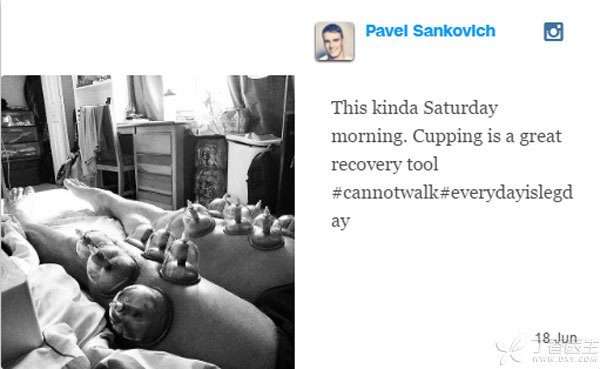 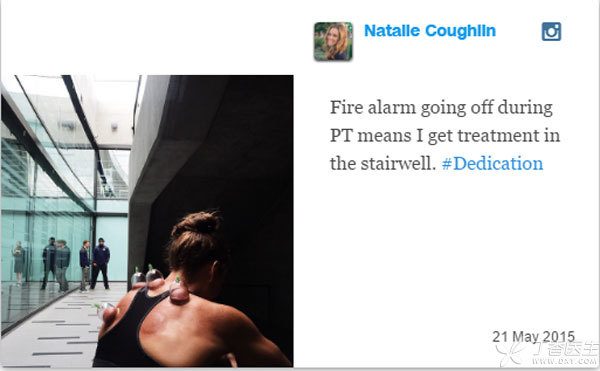 So this [cupping] has what’s magic effect, and why are Phelps so keen on it? Is there any other similar therapy?

Contrary to most people’s concept, China is not the only country that invented cupping. But our [cupping] has gone further and been accepted more widely.

Similar treatment methods have appeared in China, ancient Egypt and ancient Greece respectively. In China, the general traditional method is to burn in a vessel, thus causing pressure, commonly known as [cupping] (English name is Cupping).

In the Middle East and ancient Greece, this goal was achieved in other ways (English name is Hijama). Both methods have been passed down to this day in independent development. 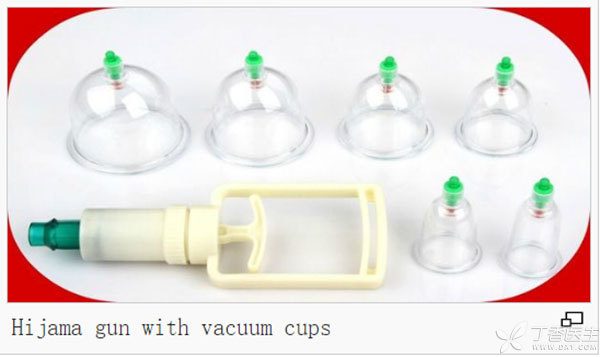 What kind of cupping pot did Phelps use? We can see from his self-described promotional film (Under Armor: Rule Yourself) that he is using Chinese cupping pots.

Although cupping has a history of more than 2,000 years, it is difficult to carry out relevant research on cupping. There is still no convincing research and no reliable and unified conclusion can be drawn.

Research viewpoint 1: Treating lumbago? The evidence is very weak and the psychological effect is mostly.

Cho and his colleagues conducted a meta-analysis of traditional Chinese medicine treatment of lumbago in 2014. The conclusion was that there was only weak evidence and cupping was recommended for (sub) acute and chronic lumbago. Researchers believe that due to the deep influence of traditional ideas, even if there is therapeutic effect, it is mostly due to [placebo effect].

Research viewpoint 2: It is effective when treated with other methods, but the evidence is lacking.

Another study published in PLoS One in 2012 showed that cupping therapy may not only be a simple placebo effect.

Researchers from Australia and China (a country that specializes in swimming and a country that originates traditional Chinese medicine) reviewed 135 studies on cupping therapy published between 1992 and 2010. Their conclusion is:

Combined with other methods, such as acupuncture or drug therapy, cupping may be able to treat some corresponding diseases. However, they also admitted that there is not much evidence and more research is needed to reach a definite conclusion.

So besides [cupping pot], is ice used as physical therapy?

The answer is yes, that is, Cryogenic chamber therapy. The principle of this therapy also originated from the earliest ice compress, but it was improved and developed on the basis of it.

This kind of treatment instrument is like a large liquid nitrogen irrigation (yes, it is the kind for experiments). After wearing the corresponding protection device, the athlete is immersed in liquid nitrogen vapor for 10-15 minutes at a time. 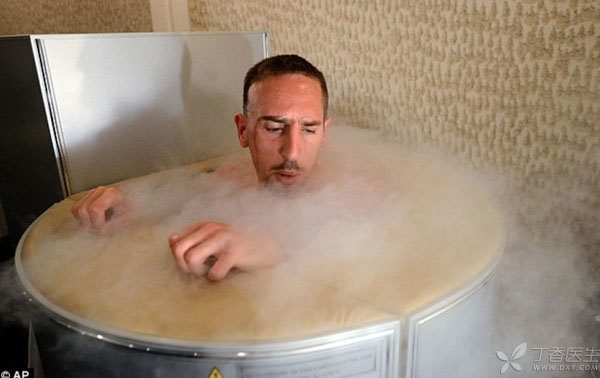 This is similar to cupping-cupping produces congestion through pressure, while whole-body freezing therapy stimulates skin through low temperature.

More stars use this whole body freezing therapy, U.S. NBA superstar LeBron James, Real Madrid’s Ronaldo, Bell and other football stars. These figures in the field of basketball and football have not only indulged in freezing therapy in order to relieve fatigue, but also spent a huge sum of money (about 45,000 euros) to set up a treatment room at home in order to make treatment more convenient. 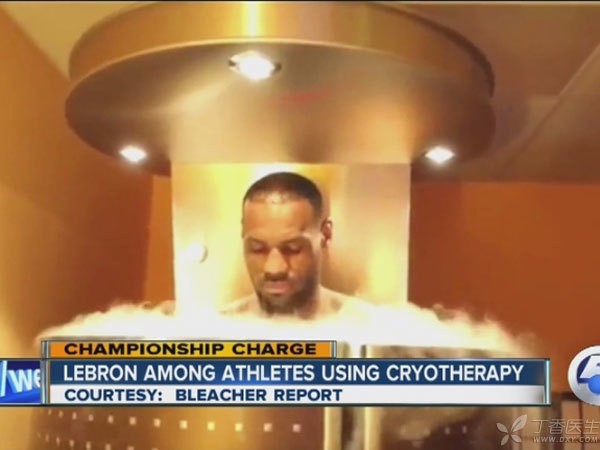 Different from the export [cupping], the Chinese men’s basketball team, before participating in the Olympics, trained in the United States and also experienced the freezing medical rehabilitation technology of the United States. This is also a reciprocation of the new era.

Ice and fire are all there, so let’s have some more electricity.

There is also a physical therapy method between traditional and innovative, called muscle electrical stimulation.

Applying electrodes to the skin surface to give muscle a weak current stimulation is called Electrical Muscle Stimulation (EMS) and is also one of the commonly used alternative medical therapies for athletes.

Justin Gatlin, a famous American sprinter, once posted a photo of himself receiving EMS treatment on Twitter. 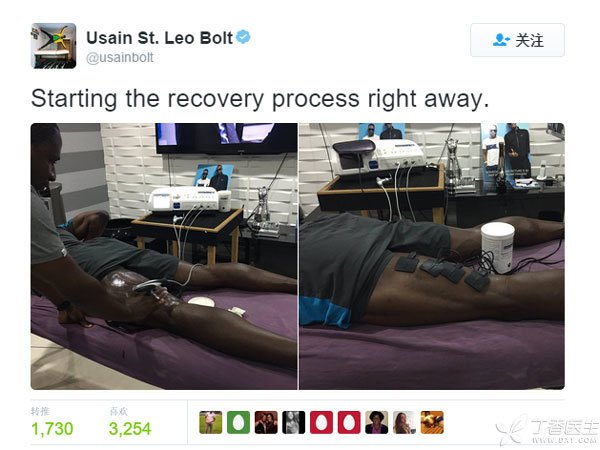 Clinicians have also conducted dozens of studies, such as enhancing lower limb muscle strength in COPD patients and hand function recovery in stroke patients, which can be described as “omnipotent”.

Having said so much, are these treatments suitable for promotion?

Prohibition of stimulants is a strict requirement in modern sports, which also restricts athletes from receiving therapeutic drugs. However, a large number of training and competitions make athletes very vulnerable to injuries. Under such circumstances, various physical therapy methods that do not need drugs have developed rapidly and reached the forefront of the times.

[Cupping], whole-body freezing therapy and electrotherapy all have their common characteristics. They not only give the body certain stimulation, but also the body will respond to this stimulation and endocrine endorphins in the brain.

Endorphins can make athletes reduce pain and increase euphoria. At the same time, this stimulation will also increase blood circulation, giving me the personal feeling that recovery is faster and more obvious.

But are these treatments suitable for the general public? At present, it is not suitable.

Like many traditional medical treatment methods, cupping, ice bath and electrotherapy, their efficacy is difficult to determine the standard, and the experimental design is difficult to achieve scientific double blind or randomized control. At present, most of the existing studies are relatively small in scale and not very reasonable in design.

These treatments are collectively referred to in medicine as alternative medicine. Alternative medicine refers to any medical practice that claims to have a medical effect similar to that of regular medicine but does not originate from scientific methods to collect evidence.

Therefore, in its operation practice, it needs to be more professional and cautious.

Qi Qin, who burned himself by cupping and ignition, is the best negative example. However, cryotherapy, if not properly operated, is not only easy to cause frostbite, but also has a case of death due to this treatment in 2015.

The requirements of the Olympic Movement [higher, faster and stronger] have promoted the development of sports medicine and various physical therapy methods.

However, according to the current statistical and medical assessment, these treatment methods are not suitable for the general public. If there is a need for relevant treatment, we must seek professional treatment and do not operate personally to avoid unnecessary injuries.