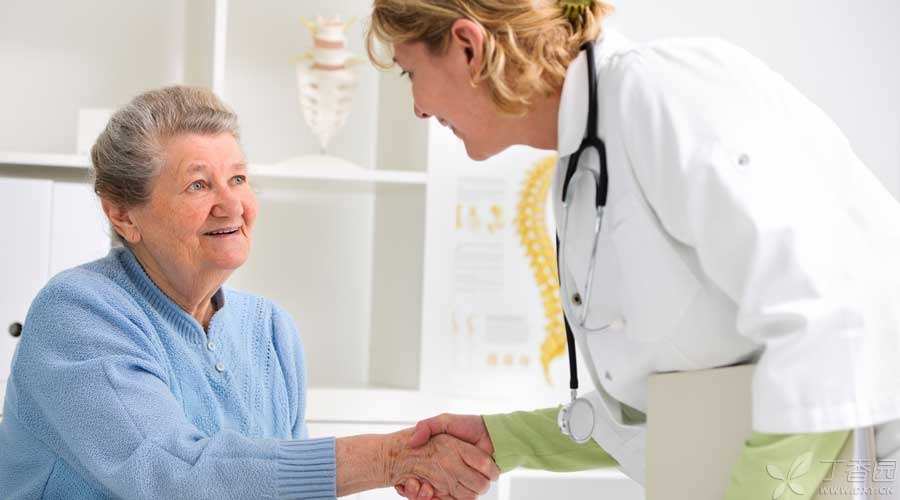 Zhang Dama also don’t know whether she caught a cold or something these two days, I always feel uncomfortable, As soon as I turned over in the evening, I felt a sudden lightning-like pain on one side of my chest from time to time, and I didn’t get up in the middle of the night to look at it. That night, when Zhang Dama took a bath, she looked down and looked down. Alas, where she felt the pain these two days, there were many blisters and the surroundings were still red, which was shocking. Is this what stuff?

The next day, Zhang Dama came to the hospital nervously and explained the situation to the doctor. The doctor pulled a curtain and looked at Zhang Dama.

Blisters grow in groups and are distributed along the direction of intercostal nerve. Yo, this is herpes zoster!

How did herpes zoster come from?

Doctor: Boyle, did you have chickenpox when you were a child?

Doctor: This herpes zoster is caused by the same virus as chickenpox. It is called Varicella Zoster Virus (VZV).

Traditional medicine calls this disease “Golden Snake/Golden Dragon Wrapping Waist” or “Wrapping Waist Fire Pill”, Because when you get sick, A band-shaped rash will grow on the body, The rash was red and hot, Walk around the body for half a circle, It feels like a golden dragon wrapped around me. The first time a person comes into contact with this virus, Nine times out of ten there will be chickenpox. After that, some viruses still hide in the ganglion of people’s bodies and lurk. When people’s immunity is poor, they may run out again to dominate. Although not all people who have had chickenpox will get herpes zoster, the probability is not very low, about 10% or 20%.

Zhang Dama: So, is herpes zoster because I am in poor health?

Doctor: This poor immunity is not necessarily due to what, but also due to old age. The elderly, ah, with age, the specific cellular immunity is gradually weakened. If you don’t strengthen exercise normally, once accompanied by tiredness and infection, the herpes zoster may run out and bully people.

When Zhang Dama thought about it, Feel reasonable. The original is more than 50 people, the son and daughter-in-law gave birth to a child in the past two years, Zhang Dama did not go to morning exercises every day, got up early and dark to help take care of the little doll, and got up once or twice in the middle of the night, flushing milk powder and changing diapers. Usually I only think that as long as the child is good and tired, I am willing. Unexpectedly, I call this hidden virus to find a chance.

Why is herpes zoster so painful?

Zhang Dama: As soon as I turn over, half of my lungs are painful. Is this a lung problem? And I caught a cold the other day.

The doctor smiled: Boyle, the lung will not hurt. There is no sensory nerve on the lung. Herpes zoster invades the intercostal nerve most often, just like you.

The intercostal nerve runs below the ribs, Half a circle around the chest cavity, So the pain is also distributed along the area dominated by this affected nerve. The pain feels like half of the body has been flashed. But in fact, the pain is intercostal neuralgia. It is not the lung that hurts. Some people’s herpes zoster only occurs in the back of the intercostal nerve, only in the back pain. Some people suffer from facial nerve, only in half of the face pain, but in short, rash and pain are distributed along the nerve, regardless of the internal organs.

Before the onset of herpes zoster, there are usually some precursor symptoms, such as headache and photophobia, which can easily be regarded as a cold, but it is actually the virus that causes it.

Zhang Dama: Doctor, you have to do something for me. This herpes zoster hurts so much that I dare not turn over at night.

Doctor: The virus that causes herpes zoster comes from the nerve, so it is shown on the skin as a band distributed along the nerve direction with a group of herpes on it. It is also because it comes from the nerve, so it is particularly painful. Often the skin herpes completely subsided after still exist pain, a considerable part can last as long as half a year. It is medically called posterior neuralgia, and the older, the more severe the posterior neuralgia, so I will give you some medicine to take later.

Zhang Dama was a little unhappy when she heard this: since it is not a big problem with what in the internal organs, it is a skin disease, can’t it be over with some medicine? Do you still have to take medicine?

Doctor: Herpes zoster, Even if you don’t care about it at all, It usually takes two or three weeks for herpes to subside, But this neuralgia will still be painful for a long time. Early antiviral treatment, It is very necessary to remove the cause of the disease as soon as possible, prevent and relieve nerve damage, or let the pain last for a short time. If the pain affects your life, you also need to use some painkillers as appropriate. Before taking drugs, the doctor will evaluate your condition and medication taboos. If there are no taboos, we should use them.

Can herpes zoster be contagious?

The doctor is writing medical records and prescribing.

Zhang Dama suddenly remembered another thing: Doctor, will this herpes zoster be contagious? I have to take the children!

The doctor raised his head and said: Herpes zoster is mainly transmitted through rash and is not very infectious.

People who have developed chickenpox have little chance of contracting herpes zoster. Even for people who have never been exposed to varicella-zoster virus, As long as herpes zoster patients cover the rash, it is basically not contagious. However, if there is varicella in the family that has not yet occurred, Infants and pregnant women who have not been vaccinated against varicella had better not come into direct contact with the place with rash before the blisters scabbed off, but daily conversation, eating together, etc. will not be affected, and there is no need to specially disinfect the clothes, towels and other textiles used by patients.

In case it is really infected, chickenpox will occur. It is usually not a big deal for the average person to have chickenpox, and it is difficult for babies and pregnant women to handle it, so special attention should be paid.

However, this kind of life isolation only needs to be maintained until the blister is scabbed off. After scabbing off, even if you still feel pain, the pain will not be contagious and you can get along with your family normally. Just pay attention to rest, stick to exercise and don’t overwork any more.

That’s all right. Zhang Dama listened to the doctor and received the medicine. She should rest and exercise. Not young, can’t try to be brave any more!