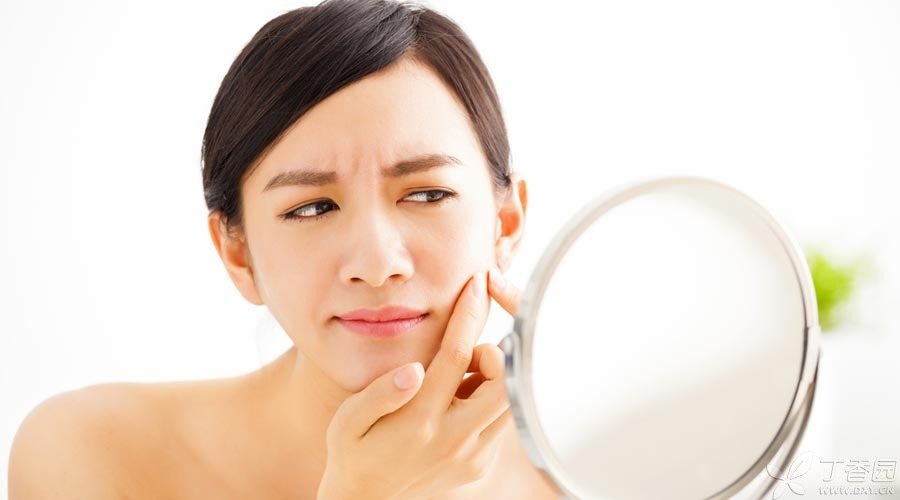 I still remember that a few years ago, there were a lot of anti-mite advertisements on TV, and the slogans of “killing mites and fighting acne” and “saying goodbye to rosacea” shouted loudly:

The host lady exclaimed repeatedly at the [fat bugs] who came and went through pores made by animation technology.

The audience sitting in front of the TV was in a cold sweat and couldn’t wait to clean their noses and faces.

[Experts and scholars] They explained seriously that acne, thick pores and dark yellow complexion were all caused by mites, and then took out so-and-so products, claiming that the effect of mite removal was excellent.

Is it really what the TV advertisement said?

Is the mite what?

According to domestic literature reports, the transparent adhesive paper method can detect Demodex follicularis in the population, and the detection rate can reach 45% ~ 72%.

Before going to bed, stick the transparent adhesive tape on the nose, forehead, face, chin, etc. The next morning, take it off and stick it on the slide, and observe it under a low-power microscope.

Mites that normally live in hair follicles and sebaceous glands have shallow parasitic parts and can enter and leave hair follicles. Their secretions, metabolites and decomposition products can be discharged from pores in time and will not cause skin pathological reactions. Therefore, although the detection rate is not low, it is generally believed that Demodex is harmless to human body for a long time in the past.

Until the 20th century, people found that they were a kind of conditioned pathogenic parasites. That is, under normal conditions, they do not cause diseases. However, once the physical and chemical factors of the skin change greatly, making the above-mentioned [garbage] stuck in hair follicles and unable to be smoothly discharged, it will cause inflammatory reactions. Causes rosacea, external auditory canal pruritus, alopecia, sebaceous gland inflammation and blepharitis and other diseases.

In the case of what, consider mite infection?

After Demodex parasitizes the skin, we usually do not feel the symptoms, or only have slight itching or burning sensation.

If there are too many mites, it will cause skin hyperkeratosis, capillary dilation, pigmentation and skin nodules.

The consequences are: poor skin quality, flushing and greasy facial skin, enlarged pores and even papules. If you are sensitive skin again, the symptoms may be more obvious.

When Demodex parasitizes the hair follicles of eyelids and eyelashes, it will expand the hair follicles, hyperkeratinize or produce eyelid granuloma, block the face plate gland and sebaceous gland duct, and cause Demodex blepharitis.

How to remove mites?