In ancient times, when Guangdong, Guangxi, Guiyang and Yunnan were still barren lands, [miasma], that is, malaria, had become a [devil] that everyone turned pale at the sight of. Even Kangxi was infected with malaria in his forties. It was only through the emergency delivery of [cinchona frost], that is, quinine, by French missionaries that the dragon did not return to heaven.

In modern times, a thousand years later, Malaria has gradually become resistant to the most widely used [cinchona frost]. With the outbreak of the two world wars, Africa and Southeast Asia, which are extremely hot and infested with mosquitoes, have become battlefields. The United States, Japan, Britain, France, Germany and other world powers have all suffered from malaria and have had a tragic history of fighting troops collapsing without fighting because of malaria.

Why should malaria control research be started when scientific research is paralyzed?

As the world’s core power, the U.S. Emperor suffered a lot in the Pacific battlefield during World War II and was mired in Vietnam in the 1960s. The annual incidence rate of malaria in the U.S. Troops stationed in Vietnam was as high as 50%. For this reason, the U.S. Emperor set up a malaria committee to tackle new drugs with the help of the entire army.

Of course, Vietnam, which was hit by the US Emperor, is not much better. The combat troops suffered from malaria. At this time, They have to turn to China for help. Our border troops in Yunnan and Tibet are also plagued by malaria. Especially considering that the war with India has just finished and the war is rekindling at any time, on May 23, 1967, the State Science and Technology Commission and the Logistics Department of the People’s Liberation Army took the lead and jointly convened the “Malaria Prevention and Control Drug Research Work Conference” and formulated a three-year research plan, which was called “Project 523” according to the naming habits of military operations at that time.

If you still don’t understand the importance of this action, you should know that just after 1967 [Anti-Rightist], the Cultural Revolution was in full swing and scientific research institutions collapsed completely. At this time, the scientific research projects that didn’t stop at this time are all like two bombs and one satellite, which involve the core direction of the foundation of the country.

It is worth mentioning that in the process of research, Changshan finally gave birth to two drugs, which were used to treat arrhythmia and pesticide organophosphorus poisoning respectively.

However, they were still lucky, because Li Guoqiao, head of the acupuncture group on the other side, even went deep into the epidemic area and tried acupuncture treatment for malaria himself, but it still had no effect and was forced to give up the research on acupuncture completely.

At the beginning, they also went in the wrong direction. In the first round of drug screening, the inhibition rate of Artemisia annua extract on malaria was only 68%, which was mediocre. Therefore, they concentrated on the research of piperone, a pepper extract with an inhibition rate as high as 84%. Later, they went to Hainan Island for clinical research, but the effect was not satisfactory and was terminated.

Finally, they turned their eyes back to Artemisia annua.

Although the inhibition rate of Artemisia annua extract on malaria can reach 68%, the effect is very unstable and the experiment fluctuates greatly, with the lowest inhibition rate even being only 12%.

Tu Youyou was deeply troubled by this, I had to look up all the ancient books and records, Finally, if the classic [flashes] of scientific stories, The well-known and historic moment occurred: one day in the second half of 1971, she discovered the “Artemisia annua” written by Ge Hong of the Eastern Jin Dynasty, which is different from the decoction commonly used in traditional Chinese medicine. Is it to avoid high temperature damage? Think of the decisive factor [temperature].

So after repeated tests, she found that if the temperature is controlled below 60 degrees Celsius and cold soaked with ethanol, 95% antimalarial titer can be achieved. However, using diethyl ether with a boiling point of only 53 degrees Celsius to cold soak Artemisia annua extract, the anti-abuse potency of the obtained product can even reach 100%!

Of course, this is only a preliminary discovery. This pasty extract is still quite a long way from the final artemisinin crystallization.

Soon, the Tu Youyou team isolated and extracted the effective ingredient, named artemisinin II. However, in animal experiments, it was found that there were serious cardiac toxic and side effects. In order to be able to carry out the next clinical trial, Tu Youyou and other three people personally took the drug in Dongzhimen Hospital, and only after confirming that there was no problem did they put it into clinical trial.

In 1974, through chemical identification, it was found that the three [elements] were all the same chemical substance. However, due to the reputation dispute involving different units, it was still a controversial topic in the subsequent clinical trials for several years. It was not until the 523 achievement appraisal meeting in 1978 that it was decided to name it [artemisinin] according to the naming habit of traditional Chinese medicine that the dust settled. 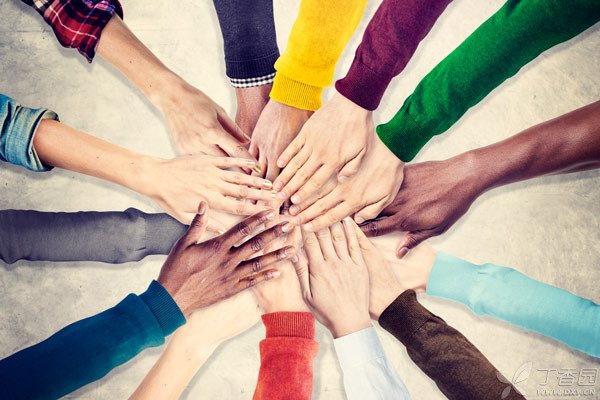 After 12 years of long-distance scientific research,

The core anti-malaria drug was found, The following story is to let nature take its course. With a clear direction, Scientific researchers came forward and took over the baton. In the short 6 years after the discovery of artemisinin, we have successively completed the research on various drug dosage forms of artemisinin, clinical trials of more than 2,000 patients, the investigation of the distribution of wild artemisinin all over the country, the determination of pharmacological toxicity of artemisinin, the substantial improvement of extraction process, and the confirmation of the structure of artemisinin compounds.

In 1977, the Scientific Bulletin published the chemical structure of artemisinin in the name of the Artemisinin Structure Research Collaboration Group, establishing the right to discover artemisinin in China.

In September 1979, the State Science and Technology Commission awarded the 523 Project Team a Collective Invention Award. At the same time, the People’s Daily issued a public announcement officially announcing the discovery of artemisinin, a new antimalarial drug in China.

How many lives has artemisinin saved?

Unfortunately, Due to the backwardness of pharmaceutical enterprises, Failed to meet WHO standards, Despite the discovery of artemisinin, But in the eighties and nineties, While artemisinin began to become the world’s main drug for malaria treatment, Our own pharmaceutical products cannot go abroad. Even, In the process of negotiations with foreign pharmaceutical companies, because the artemisinin structure was announced early and there was no awareness of patent protection in that era when the collective was more important than everything else, his only card had no secrets to speak of, and finally the negotiations could only break down and watched helplessly as others took away our achievements.

However, on October 5, 2015, the Nobel Prize in Physiology or Medicine was awarded to Tu Youyou. All the research processes were completed in China, and even the most important results were published in China, but countless lives were saved.

WHO estimates that there were 219 million malaria cases worldwide in 2010, resulting in 660,000 deaths. The majority (65%) of the patients were children under the age of 15. In sub-Saharan Africa, more than 200,000 infants die each year from malaria infection in pregnant women.

According to the reality reported by WHO and UNICEF in 2015, malaria mortality has dropped by 60% since 2000, saving 6.2 million lives.

Although great progress has been made, malaria is still an urgent public health problem in many regions, and about 3.2 billion people worldwide are still at risk of malaria.

The honor of being late

In the short 24 hours after winning the award, On the Internet, there are various disputes between traditional Chinese and Western medicine, criticizing China’s scientific research system and criticizing the academician selection system. However, The merits and demerits have their own comments. Today, what we have to do is to pay our highest respect to Tu Youyou and all the scientists involved in Project 523. Their achievements have already transcended national borders and become immortal monuments in human history.

History will be late, but it will not be forgotten.