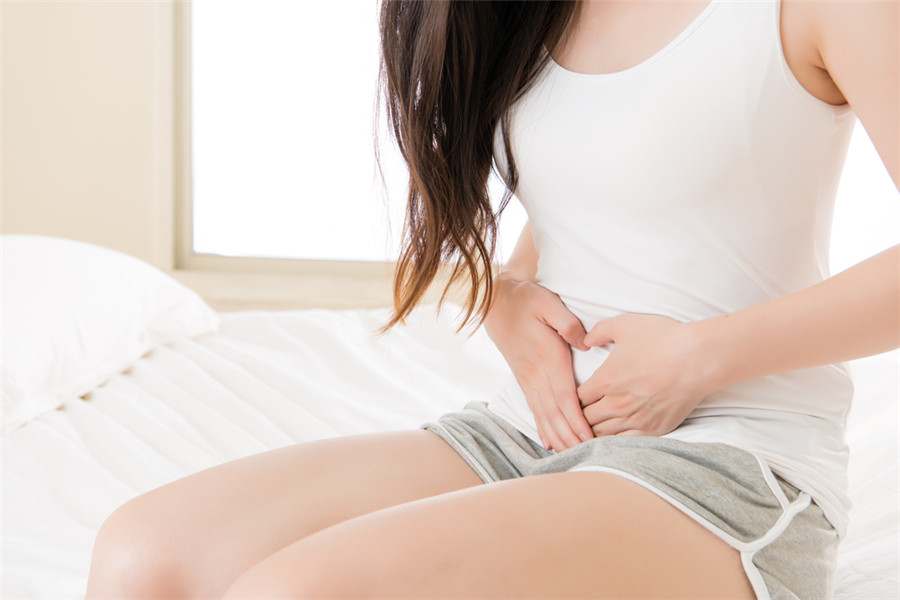 Dysmenorrhea, can be said to be one of the most common gynecological symptoms, is a nightmare for many women. Once a girl teased like this: [Why can Jiang Jie be so strong? She must have a very serious dysmenorrhea, which is painful for a few days every month. Even dysmenorrhea can be tolerated. Nailing bamboo sticks and tiger stools count as what! ]

Dysmenorrhea is how to return a responsibility?

Although dysmenorrhea is so common and painful,90% The above dysmenorrhea cannot find out the organic pathological changes of what, that is to say,All organs of the reproductive system are normal in structure and function, which we call primary dysmenorrhea. In this case, the problem of dysmenorrhea is only pain.

It may be quite infuriating to see it. Dysmenorrhea is [just] painful. What else do you want to do?

1. Pain is a self-protection mechanism

When you feel pain, the body is actually reminding you that a certain part of the body may be being hurt and you need to do something.

However, dysmenorrhea is different. It is caused by severe contraction of uterine smooth muscle, which compresses blood vessels in the uterus and causes pain due to short-term ischemia. Only a small part of dysmenorrhea is caused by pathological changes in pelvic organs.

Therefore, most dysmenorrhea is actually just pain, It reminds the body to pay attention to the effect is not big, you have no what other problems except dysmenorrhea. This also determines that, in most cases, when treating primary dysmenorrhea, we have no way to improve the symptoms of dysmenorrhea through the treatment of organs, but can only simply carry out symptomatic treatment for pain.

Can dysmenorrhea be treated? How?

Although dysmenorrhea is a torture to many women, it is not difficult to treat it-just take painkillers.

Aspirin, Fenbid, Sanli pain and so on will do. When it hurts, or when it feels painful, take one tablet and the effect is really good.

Moreover, in many cases, there is dysmenorrhea and then nervousness, which in turn may be more painful.

With painkillers, you will find that the effect is very good, the tension is eliminated, and the rest is good, which is also helpful to relieve dysmenorrhea.

Of course, it should also be reminded that women with gastric ulcer or asthma should not use painkillers, which have an impact on these two diseases.

In fact, in foreign countries, many women with dysmenorrhea take short-acting oral contraceptives to treat dysmenorrhea.

For women who have contraceptive requirements at the same time, it can be said that they kill two birds with one stone and the effect is very good.

However, because the ingredient of short-acting oral contraceptives is estrogen and progesterone, many people in China dare not touch the word [hormone] when they mention it, just like hearing poison. In addition, some girls who have not had sex feel that taking birth control pills seems to be tantamount to declaring the end of their virginity, which is very contradictory. Therefore, not many people in China choose this method.

In fact, short-acting oral contraceptives are still very safe to use in a short period of time, such as taking half a year, or very safe. Moreover, it is possible to relieve dysmenorrhea after stopping the drug. Those girls who suffer from dysmenorrhea and are not as good as dead may as well give it a try.

In addition, there are various folk legends about dysmenorrhea, such as covering hot water bags, drinking ginger soup, or not touching cold water, etc. These things are different from person to person, and medical statistics cannot be made to form a good theory to guide more people. If you find out some rules suitable for yourself, you may as well use them.

However, your life could have been simpler and easier, and you could have devoted more energy to enjoying other beautiful things. However, for many people, one painkiller can solve the problem. Instead, you have to give yourself many taboos and let yourself endure more pain.

What is secondary dysmenorrhea?

Some women do not have dysmenorrhea when they are young, but only when they are old, or dysmenorrhea gradually worsens over and over again, and sometimes they will suffer from pain after menstruation. When these symptoms occur, it is likely to be secondary dysmenorrhea.

If you begin to suspect that your dysmenorrhea is [secondary], it is recommended to go to the hospital for examination. After all, simple analgesic treatment cannot cure the disease that causes secondary dysmenorrhea.

Having said so much, have you learned how to deal with dysmenorrhea, sister?