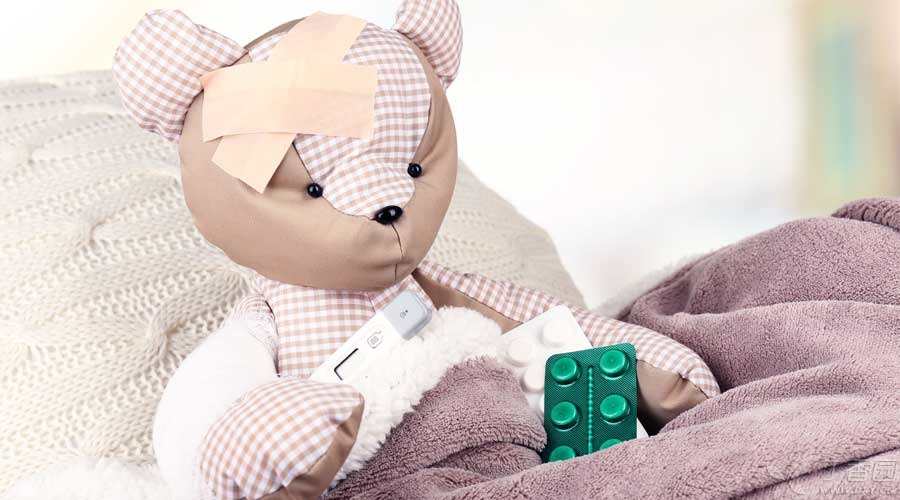 When I passed a children’s hospital that day, I saw many children lying on the glass fish tank of the hospital watching small fish. The little guys were so absorbed that they couldn’t wait to lick their tongues on the fish tank. So I suddenly thought, if only there was such a lick, it would be nice to smear it on the things the children like, and lick it and finish the medicine.

I posted this irrelevant idea in my circle of friends and was bombarded by my mothers. The main idea is: [Please invent it as soon as possible if you can! It’s too difficult to give children medicine! ]

Yes, I know it is very difficult to give children medicine, so many parents do not hesitate to use simple and crude methods to inject medicine, such as pinching their noses, in order to get things done as soon as possible.

Pinch your nose? Of course not

Pinch the nose and feed the medicine, the child can only breathe through the oral cavity, which is easy to cause choking cough, serious lung infection and even suffocation death.

In addition, fragile nasal mucosa and blood vessels may be pinched and damaged by rough parents. During the pinching process, nasal secretions may also enter the middle ear through the eustachian tube, causing otitis media.

This kind of rough technique will also make children hate taking medicine more and more, which will do harm but not good.

With juice/milk/breast milk? Better not

Some parents use gentle methods, such as grinding drugs and putting them into fruit juice or milk, which looks good, but it is not very wise.

Juice: Juice, Especially the freshly squeezed ones, It is rich in elements, It may have certain effects on drugs. For example, fruit juice containing vitamin C is reducible, Fruit and vegetable juices containing calcium and iron may combine with drug ingredients to form another substance, Even some drugs are inherently unstable in liquids, Mixed with fruit juice may affect the efficacy of the drug. Milk: It is also not very friendly to some antibiotics, antidiarrheal drugs and iron drugs. For example, milk will reduce the activity of some antibiotics. Affect the efficacy of antidiarrheal drugs, making iron precipitate. Breast milk: may combine with drugs to form another substance, affecting the efficacy. What does more harm than good is that children are originally full of favorable impression on breast milk. Once you mix drugs into breast milk, some children with more sensitive taste will find that breast milk has peculiar smell, spit it out directly and may resist breast milk.

Although not all drugs will go wrong, fruit juice or milk do affect the absorption or metabolism of some drugs. If parents are not sure whether there is any influence, they can carefully read the instructions before using them, or download the [Doctor Clove] App for inquiries.

Wrapped in food? Not recommended

Some parents have invented a food wrapping method, grinding tablets, breaking capsules and sprinkling them into food to coax their children to eat. In fact, there are many hidden dangers, because there may be some ingredients in food that will interact with drugs or affect drug metabolism, especially three types of drugs that cannot do so:

One is a sustained-release preparation that emphasizes [cannot be broken], mainly some sustained-release tablets, enteric-coated capsules and enteric-coated tablets. Once broken and ground, the drug will be released in large quantities in a short period of time, increasing the toxic reaction of the drug, which will not only affect the drug effect, but also have risks. The other is to emphasize [taking on an empty stomach] drugs, especially digestive system drugs, such as anthelmintic drugs, antidiarrheal drugs, etc., mixed with food will also affect the drug effect; Some capsule shells are used to cover up the irritation or unpleasant smell of drugs and are generally not suitable for breaking.

In fact, if there is no other way, don’t easily take the method of food wrapping drugs. First, we are not sure whether the rich ingredients in food will interact with drugs. Second, food will affect the gastric emptying process, which may further affect the absorption of drugs (except drugs taken with meals).

Honey water with companion? Not recommended

If it is a child under one year old, absolutely not.

Honey is often contaminated by botulinum, and they can still survive at 100 ℃, which is a great threat to babies under one year old, because the normal flora in their intestinal tract cannot inhibit botulinum from producing toxins.

Moreover, honey contains a variety of trace elements and digestive enzymes. Babies over one year old can consider drinking a little honey water after drinking the medicine. However, attention should be paid to controlling the amount of honey, and a little sweetness is enough. The baby’s taste system has not yet been established and perfected. Tasting things too sweet too early is not a good thing for the child’s taste system.

Glucose water? Oh, this is good

If the child is really very resistant to bitter medicine, adding a little glucose can be considered. However, three issues need to be paid attention to:

The second is the question of how much to drink. Glucose water is similar to honey in that it also provides pleasant sweetness and removes nausea. Therefore, it is enough to take one sip before taking the medicine and one or two sips after taking the medicine according to the situation. Don’t drink too much to avoid affecting the efficacy of the medicine.

The following tips may help you

(1) Fruit-flavored drugs are the first choice

Parents should give priority to fruity dosage forms suitable for babies when choosing dosage forms.

Fruit effervescent is probably the most popular dosage form for children. Because effervescent tablets produce a large number of bubbles (carbon dioxide) after being put into water, it is very interesting for children, will not resist psychologically, and tastes good, similar to bubble water.

However, we must pay attention to the correct usage. Effervescent tablets must not be swallowed directly.

(2) Try not to choose capsules

Capsules are the most unpopular dosage form, because they are especially easy to stick to the oral cavity or esophagus and are very uncomfortable. Therefore, when taking medicine for children, don’t choose capsules if you can.

If there is really no choice, you can let the child drink some water to keep his mouth moist, then put the capsule into his mouth and swallow it with a gulp of water.

2. Adjust the feeding strategy according to the dosage form.

If the drug is a tablet, and taking it after dissolving in water does not affect the drug effect or increase toxicity, the tablet can be ground into powder first, dissolved in warm boiled water, and then made into a [liquid agent].

Children cough syrup because of its rich taste, It is deeply loved by the baby, so parents can take cough syrup at the end when feeding the baby a variety of drugs, leaving a good impression on the child. It should be noted that after taking cough syrup, they only need to rinse their mouth and don’t give the child a big drink of water, so as not to dilute the drugs and reduce the curative effect.

If the child is especially resistant to opening his mouth, he can press and hold the maxillary joint of the child’s cheeks with his thumb and index finger to separate the upper and lower jaws.

Don’t increase the amount of medicine each time in order to reduce the number of times of medicine feeding. Mother, you are poisoning your child.

In order not to make the children feel that the bitter medicine is a scourge, when the children start to add supplementary foods at the age of 6 months, they can be given some bitter fruit juice and soup, such as balsam pear juice and mustard soup, so that the children will not be so [afraid of suffering].

Another clever method is to prepare a cartoon image box that children like, put the medicine they need to take in advance, and take it out of the cartoon box when taking the medicine, which can also improve children’s friendliness to the medicine. Children, good mood is the basis of feeding.

In a word, everything is the same, and it’s not that difficult to find the right method, is it ~