Piss can be used to make what?

Children of five or six years old will say:

Urine can be used to mix mud or save the city of Brussels. 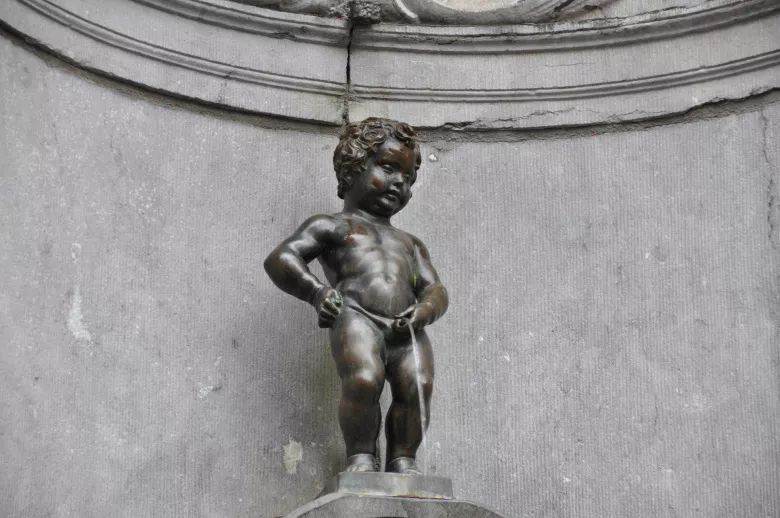 The alchemists of the 17th century would say:

Urine is the key to alchemy. This golden liquid must have some mysterious connection with gold.

Bell, who used to wander around the wilderness, would say:

Urine can be used to save a life in desperate situations.

For us who are reading the article:

Urine is a bubble of liquid excrement after human metabolism.

About 95% of the urine is water, with some urea, uric acid, inorganic salts, and may contain a small amount of hormones, pigments, etc. Under normal circumstances, it contains little or no protein, glucose, amino acids, cells, bacteria or… stimulants.

In other words, urine certainly does not have the special effect of what. Those who drink urine to preserve their health and cure diseases can really stop.

After all, better than Bei Ye, also said: 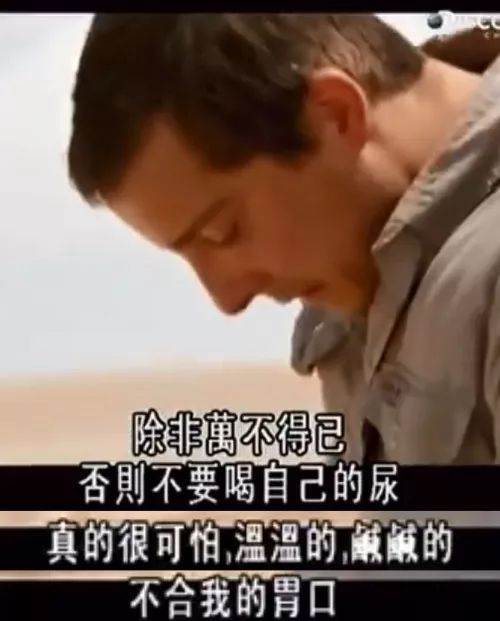 However, because the pathophysiological state of the human body will affect the composition of urine, some diseases can indeed be found or diagnosed through urine examination.

If you pay attention, urinating, a routine behavior, can also reflect some health problems.

The urine is so yellow, you need to drink more water.

When urinating, look down and look at two more eyes, which is equivalent to a simple physical examination.

On the one hand, it can judge the water shortage of the body.

The following color card is for your comparison: 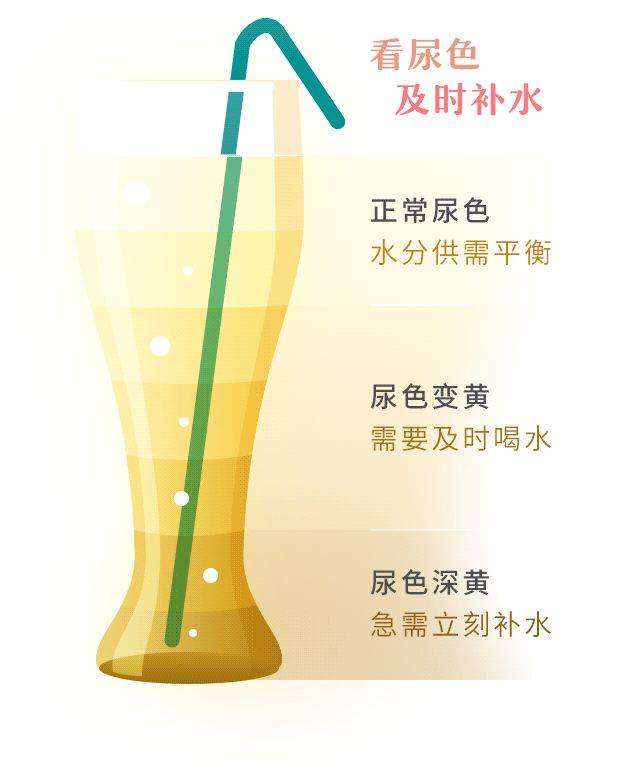 On the other hand, the urine color other than yellow also indicates possible abnormalities in the body.

If there is any change in urine color, check it in time.

The color is not over yet, then take a deep breath…

My urine is violet-scented. What about yours?

If there is urinary tract inflammation or infection, urine may become very smelly. The urine of diabetics or ketoacidosis patients will have the sweet taste of fruit.

In most cases, normal, fresh urine emits a faint smell of ammonia or does not have much taste.

But if you eat some special food, the taste of urine will change.

If you don’t believe me, you can go to the toilets near Starbucks and Costa to smell the smell of coffee. Or after eating mutton, garlic, onions, etc., sniff it carefully. 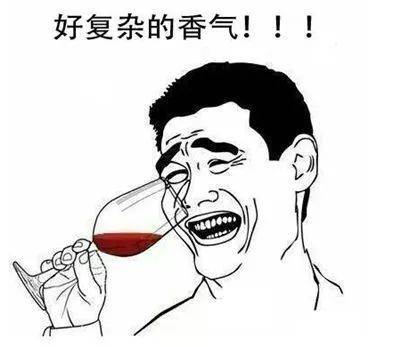 If you eat asparagus one day, don’t miss the opportunity.

Green urine smelling of hydrogen sulfide (rotten eggs) may give you a small surprise.

Why did you do this?

One speculation is that noble gentlemen and women have the quality pursuit of keeping clothes fragrant for a long time. Because at that time, urine was used as soap to wash clothes.

Men and women urinate at about the same speed.

But the line will always be at the door of the women’s toilet.

Not only are men and women similar, mammals over 3kg have similar urination time.

Professor Hu Lide of Biophysics at Georgia Institute of Technology and his team carefully studied the time when animals urinate.

Through high-speed cameras to photograph the urination process of mice, goats, cattle, elephants, dogs and other animals, and through fluid dynamics modeling, they found that:

Mammals weighing more than 3kg urinate for about 21 13 seconds. 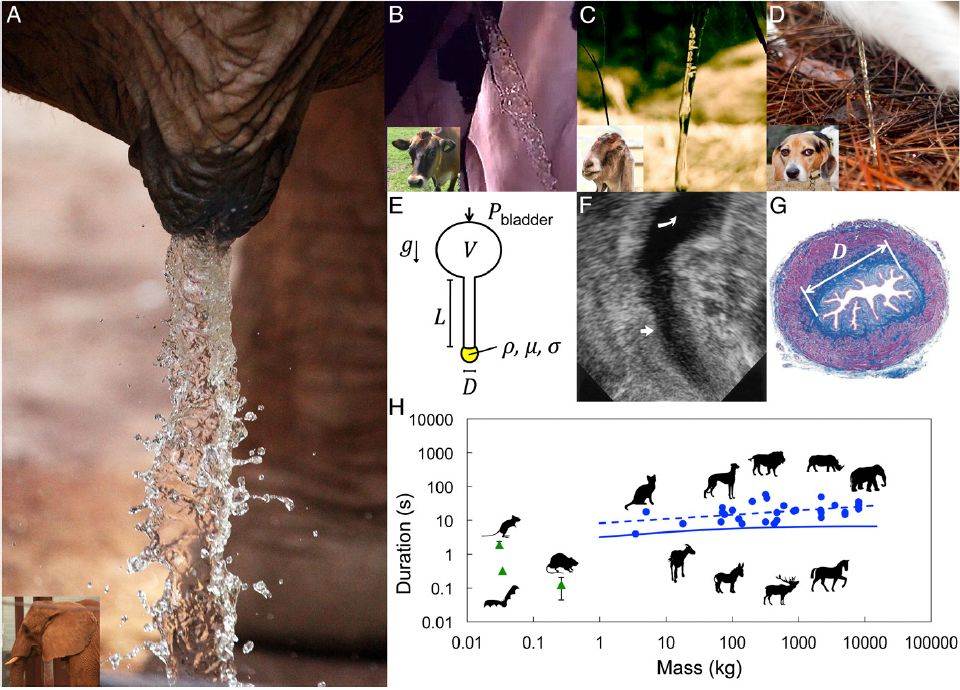 Professor Hu Lide is wearing a toilet seat to receive the award and speak. 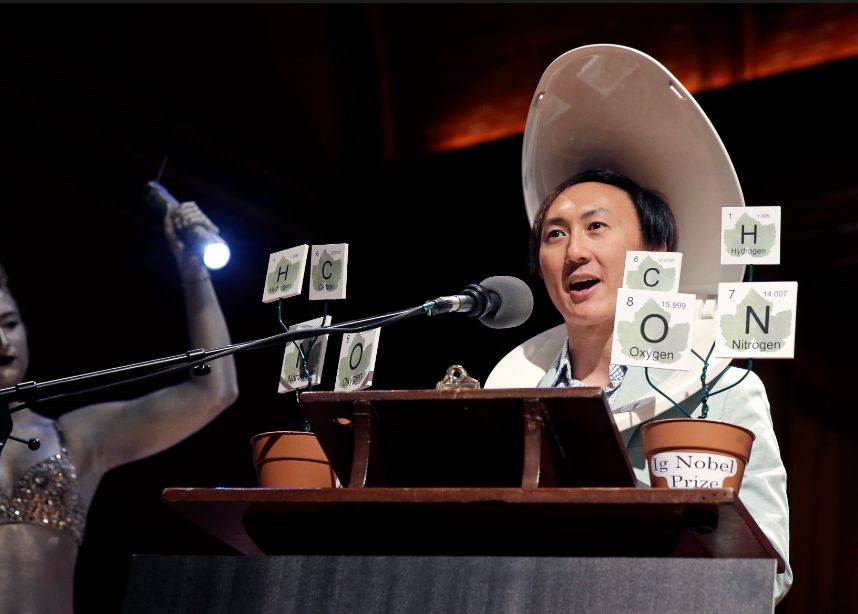 This study suggests that if urination time is too long, it may be a sign of prostate enlargement or tumor. Because after the urethra is compressed, the flow rate of urine will be slowed down.

Wait, since men and women are similar, why do long lines always appear at the door of women’s toilets?

One of the reasons is that the pit location is not reasonable.

Scholars from Ghent University in Belgium found that:

With the same size of toilets for men and women, the average waiting time for women is much longer than that for men.

However, this problem can be solved by optimizing toilet configuration.

The second reason is that although the actual urination time is about the same, but…

In place, pull down the zipper, brew, drain the water, shake it, pull up the zipper,

Judging from the complete toilet procedure, the former is obviously faster.

If you catch up with the visit of your big aunt in wide-legged pants, stockings, jumpsuits, or big aunt, it will be even more difficult to predict the time when women go to the toilet.

Will be so nervous that I want to pee

You’re too nervous to pee

Healthy adults have a total urine output of about 1500 ml in 24 hours, urinating 3-6 times during the day and 0-1 time at night.

If you don’t drink a lot of water, you have urinated more than 8 times in 24 hours and more than 2 times at night, each time less than 200ml, so you have to consider whether you urinate frequently.

Some people also want to urinate very much when they are nervous.

But nervousness is not the same as nervousness. For example, when a stranger stands nearby, he will be too nervous to urinate.

If you can understand this picture, then you may be one of them.

As early as 1976, some people studied this phenomenon. After secret observation, they found that when men urinate, if someone stands next to them, the closer they stand, the longer it takes to start urinating and the shorter the urination time. 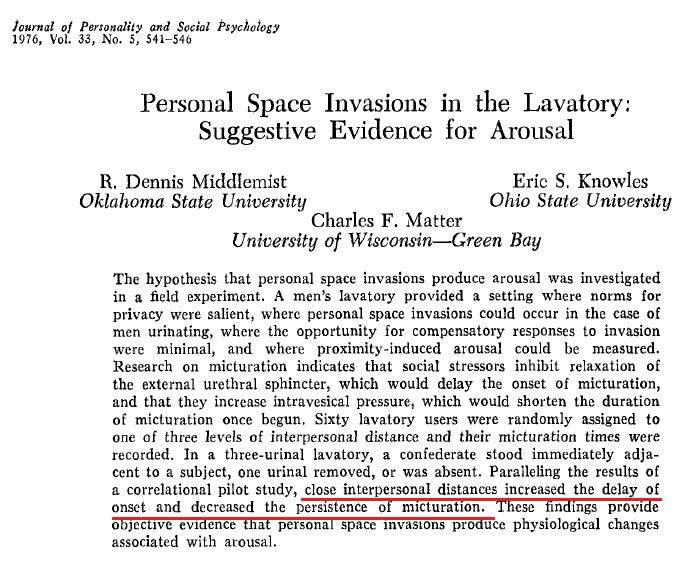 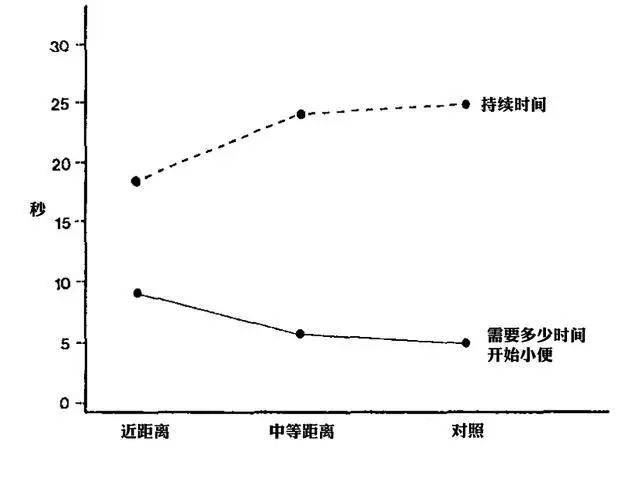 The author of the paper believes that this may be because the interruption of others will make the sphincter tense and affect normal urination. 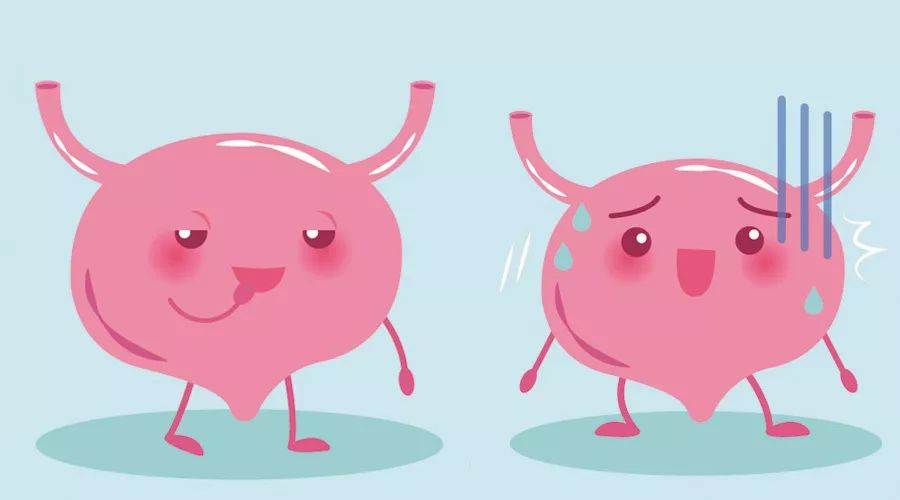 As a result, when urinals are crowded, some male compatriots will find another way. 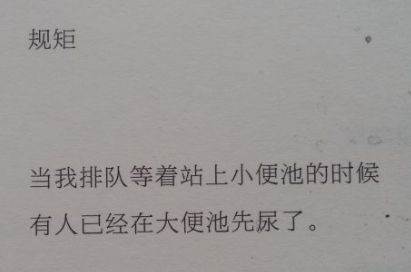 Urination has nothing to do with sexual function.

People who urinate three zhangs in the wind have better sexual function… Is it?

Many people will have such obsession or confusion.

In fact, when the bladder is full, the brain will order the discharge of water. After the bladder, sphincter, pelvic floor muscle, urethra, etc. are ordered, they will work together to complete urination.

Urine far and high only shows that all the participants cooperate with each other in a tacit understanding and play a stable role. Urine is not high, which may be due to urinary tract infection, related muscle strength decline, prostatic hyperplasia, etc.

The quality of [sex] cannot be directly judged by the process of [urination].

Many elderly men have become lethargy, which is due to prostatic hyperplasia rather than sexual dysfunction. 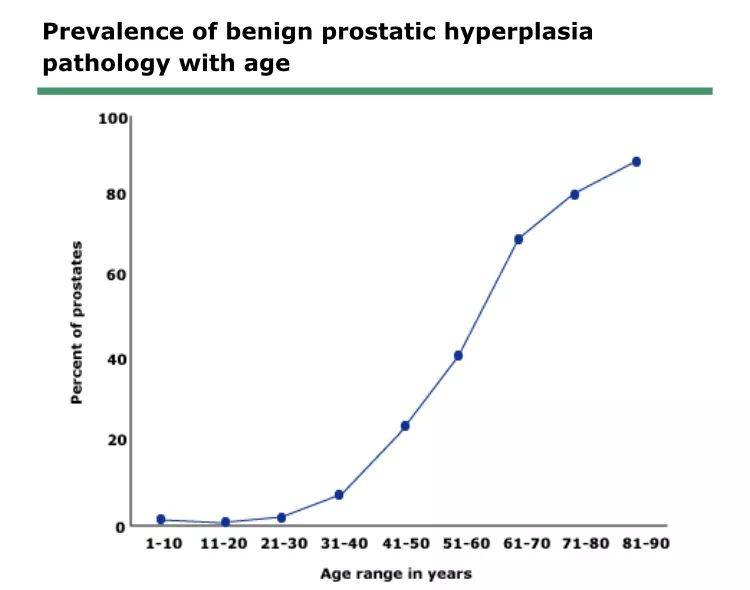 Think about the process of urinating:

Accumulate, then the torrent marches bravely, and then gradually calms down.

There have been uncontrollable stages, forbearance of anxiety and struggle, and pleasure of releasing pressure, and finally gain inner peace. Sometimes, we have to learn to accept the loneliness from the heroic urination of three Zhangs in the wind to the wet shoes in the wind. 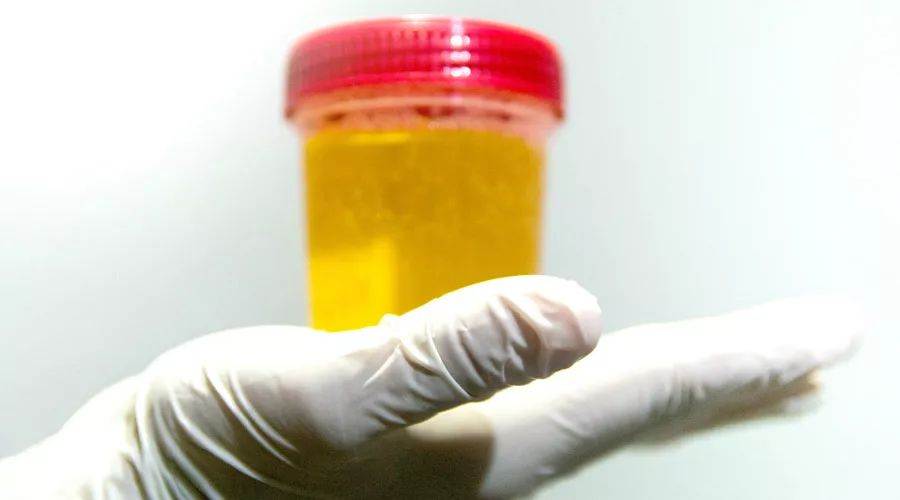 I would like to take this cup to respect our hard-to-control past, struggling and anxious crotch present, and peaceful and smooth future! 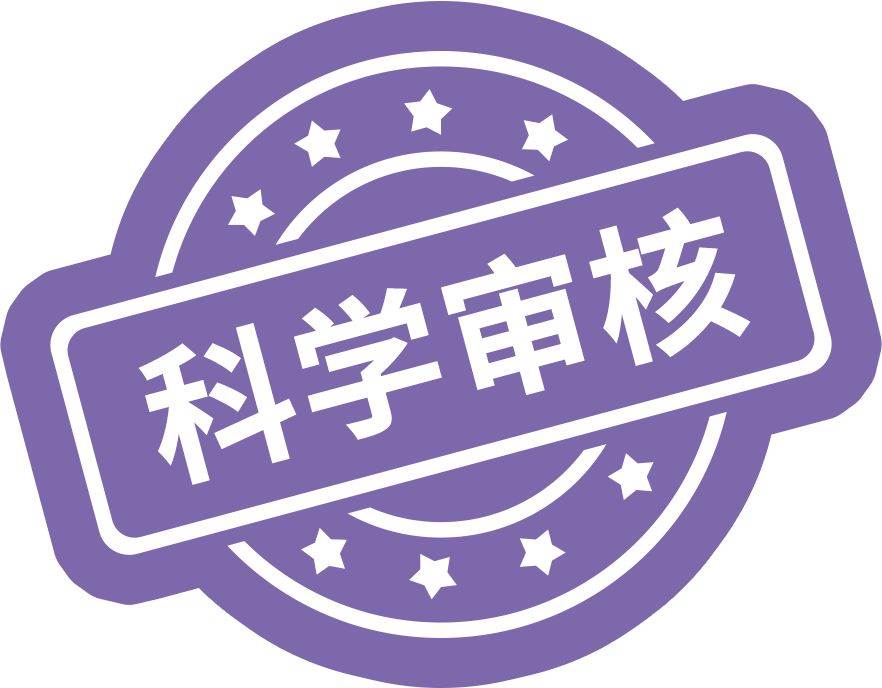