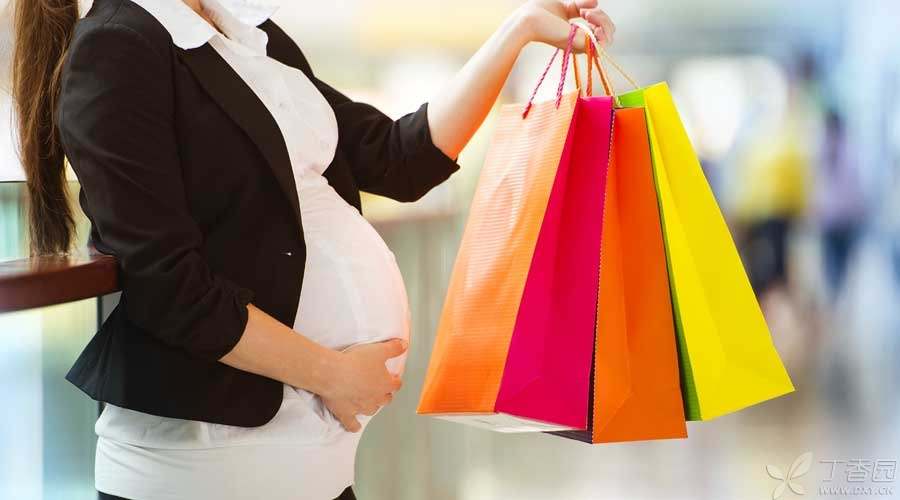 It is said that a woman’s natural hobby is [buy buy to buy]. After becoming a expectant mother, this hobby has been properly, reasonably and fully released.

However, as a family composed of poor doctors and migrant workers in the news, Dr. Tian and Miss Zhou, who are shy in their pockets, still adhere to the consistent principle of “stinginess” in dealing with [buy buy Buy]: to get the most practical things done with the least amount of money!

Now I will pass on the experience of “chopping hands” during pregnancy to your sisters. I will bask in the things I have bought and lost, and I will bask in the main points of purchasing everything one by one, so that everyone will not forget the front pit and serve as a guide for the future.

As the [belly circumference] gradually grows, a pair of loose and comfortable cotton underpants is indispensable and can be easily bought in basic supermarkets.

Generally, pregnant women’s pants are divided into 4-6 months and 7-9 months old. It is recommended to buy the former first, and then buy the latter when there is no room for the swelling belly, because for those who are thin like me, it is more than enough to wear 4-6 months when they are about to give birth.

Pregnancy [chest apparatus] is growing well. Usually bras are either tight or painful under the pressure of steel rings, so a loose, breathable and comfortable bra is indispensable.

In order to save money, I directly bought a breast-feeding bra with a larger cup than usual.

This kind of bra generally has upper buckle (with hook), front buckle and cross type:

When going out, it is generally used to open the buckle, because the gathering effect is good. When used at home, it is convenient and loose, but the supporting effect is not good. I finally gave up the cross style, because the [chest device] was too big, and it often happened that the baby was hungry and I couldn’t take out his [rice bowl] from the bra.

It is said that pregnant women are prone to gum bleeding during pregnancy, but I did not. Some people say, is it because you used a soft toothbrush?

However, I have been using soft hair since before pregnancy and am too lazy to change it, so I am not sure whether the soft hair toothbrush has prevented gum bleeding.

If your teeth are healthy, then no matter you use what toothbrush, you will not bleed, which has little to do with whether your hair is soft or not.

However, toothbrushes are not expensive anyway. If you bleed, you might as well try a soft-haired toothbrush. If it doesn’t work, you have to consider seeing a dentist.

4. Pillow and mattress for pregnant women

Sleeping in the third trimester of pregnancy requires lying on one’s side. After the huge belly is placed on the bed, how to put the legs becomes a big problem, and the waist is so tired that it almost goes on strike.

Some people recommended buying a mattress made of memory materials. When I saw the price of 5 figures, I silently turned off the web page. I found two large pillows by myself. When lying on my side, one was sandwiched between my legs and the other was against my lower back, thus improving my comfort.

Later, I saw a pillow for pregnant women at my best friend’s house. After trial, I found that it felt basically the same as my two big pillows, so I saved a huge sum of money.

It is convenient for you to monitor your weight gain during pregnancy.

There is no need to pay too much attention to appearance, model and brand. The key is to be strong and don’t slip when using it.

Something that decides whether to buy or not according to the doctor’s advice.

Dietary supplements prescribed by different regions, different hospitals and different doctors are different. In addition, there are countless kinds of supplements that expectant mothers want to supplement and recommended by their best friends.

My principle is: only eat what the doctor tells me to eat.

A total of three supplements were added at different stages of pregnancy: folic acid-containing multivitamins, calcium and iron. I sometimes take these drugs directly in the hospital, sometimes I buy them in pharmacies, and when I meet opportunities such as [double 11], I will also buy them through reliable online channels.

Apart from the three kinds, I will not buy any supplements such as DHA, which are said to be good for the baby. I will use food supplements to solve the problem.

Only after consulting a doctor can I use it. At one time, my stomach grew rapidly overnight, and my pubic bone was oppressed to pain when standing and walking. Only at the doctor’s suggestion did I use it several times when I went out.

However, because I always felt that my stomach was tightened and uncomfortable, I stopped using it after consulting the doctor again. Now I am accumulating dust at home.

My friend sent two cans and haven’t drunk them yet.

However, Dr. Gao Hui told me that this problem has to be [different from person to person]. For pregnant women like me who have balanced nutrition during pregnancy, there is no need to drink it. However, for pregnant women who are partial to food, or have problems such as eating less and the fetus is small, they are generally recommended to try milk powder for pregnant women. Some pregnant women have very good effects.

Therefore, you can ask your attending doctor and listen to his opinion.

Something that burns money

If you are protecting against radiation, don’t be fooled:

So why spend all this money?

However, spending money on this thing also has one advantage: tell the world that I am pregnant, give way to me, give up my seat.

This question really makes me sad. I specially consulted Dr. Zhang Tao of the dermatology department of Peking Union Medical College Hospital and Dr. Gao Hui of the obstetrics and gynecology department of Beijing Tiantan Hospital. Both of them said that whether striae gravidarum appears has little to do with whether oil is used or not, but with your age, weight gain during pregnancy and other personal physique.

However, even if I tell you that I have been [trapped], it is estimated that you will still spend a lot of money to buy it and spend a lot of time to paint it for [in case] it is useful.

Is there any really useful way to prevent striae gravidarum? I’ll share it with you in the next few weeks.

It is said that it can soften the birth canal and make it easier for you to give birth. It is also said that it is the official recommendation of some foreign hospitals.

A very kind friend sent me several boxes, and I took them carefully from 36 weeks according to the instructions.

However, it still took me 20 hours to give birth, and it is said that the birth canal is no softer than others. I can’t do a control experiment with myself to see if I don’t drink it, what will occur, so the effect is unknown.

Therefore, my attitude is: if someone gives me a gift, then I will drink it. If I want to buy it myself, I will definitely not spend the money!

A friend sent me a fetal heart meter. At first I used it because I wanted to check the fetal heart every day so that abnormalities could be found as soon as possible.

However, Dr. Gao Hui told me: When there is a problem with the fetal heart, it is often too late, and counting the fetal movements is the more reliable method.

Since then, the fetal heart has become my pregnancy toy: it sounds fun, but if I buy one at my own expense, I will resolutely Say No!

A little shampoo and bath lotion, staying on you for such a short period of time, really can’t imagine that it will have what effect on the baby, and I haven’t heard of anyone who caused abortion or deformity because of this.

In my personal opinion, the so-called suitable formulas for pregnant women such as plant extraction, pure natural ingredients and Chinese herbal medicine formulas are too inconsistent with common sense and pure [gimmicks].

I am usually plain-faced and did not worry about this problem during pregnancy.

However, some cosmetics contain heavy metals such as lead and mercury, The research on whether other ingredients have any influence on the baby’s future growth and health is not sufficient. Although the probability of teratogenicity and abortion is a very small single digit in terms of numbers, I think, if you are worried, don’t make up. Confident expectant mothers are already brimming with maternal brilliance. Why do they need cosmetics when they are so beautiful?

If I attend an important occasion, it is no problem to use it occasionally. For example, when I attend several formal occasions, I am very relieved to apply the brand of cosmetics I usually use. After returning home, I will thoroughly clean it with cleansing oil, and it will be OK!

Of course, basic skin care and sun protection during pregnancy are still needed. As long as the ingredients are simple, like some brands of basic moisturizing products, there is basically no problem.

For example, I have been using skin care and sun protection before pregnancy since I was pregnant, and I have not specially changed the so-called [available to pregnant women].

Books, most recommended to buy during pregnancy

Knowledge reserve during pregnancy is what is most needed, but knowledge must be reliable.

Recommend < < American Academy of Pediatrics Parenting Encyclopedia > >! Even pediatricians have one book in hand ~

Buying things is not only a matter of how much money there is. Now the house is so expensive, especially the girl. I really don’t want tens of thousands of square meters of houses to be filled with useless items bought for tens of dollars or hundreds of dollars.