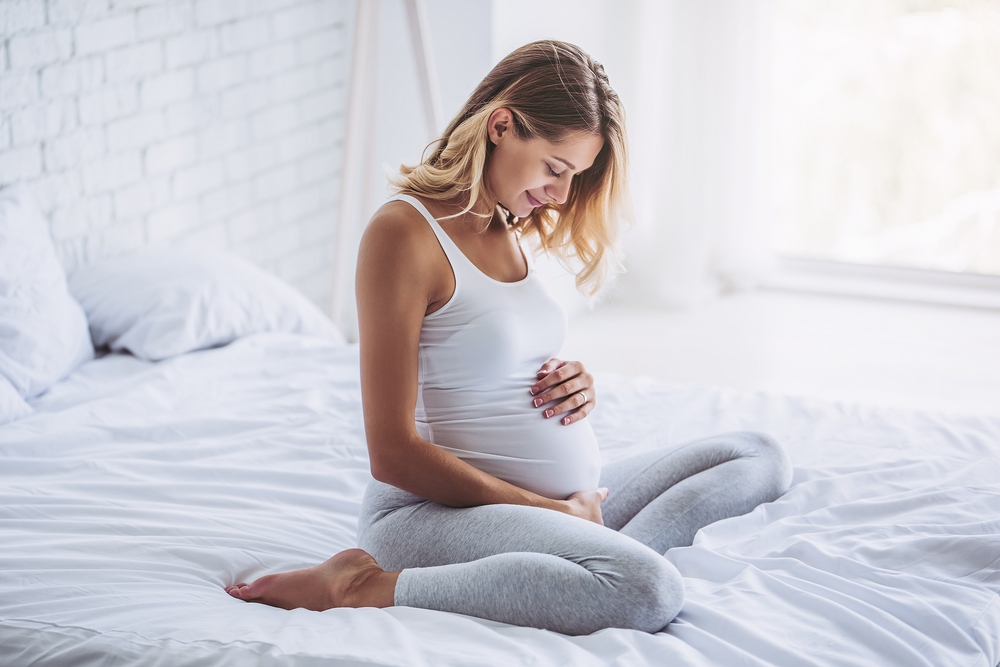 What do we need to pay attention to when our wife is pregnant for the third month? Hurry up and have a look!

Can you have sex during pregnancy?

Compared with last month’s [nothing seems to have happened], entering the third month of pregnancy, you may obviously feel that her chest has become bigger.

Nice big boobs, huh? Would you like to get started? Pay attention to your behavior and be careful of being scratched. For a pregnant mother, the new big chest is not sexy at all. It is delicate and sensitive, and hurts when touched. If you want to play with her nipples, please save it…

Let’s think about it for you. Is it fun to play JJ?

During this period of time, she may no longer catch cold to your physical contact, or become particularly careful. On the one hand, her body becomes sensitive, on the other hand, she may be worried about causing abortion.

Can I have sex during pregnancy? Yes, only in a few cases, husband and wife are not suitable to continue sex during pregnancy, the doctor will clearly point out. However, please use a reasonable way to dredge your desire, if she doesn’t want to, don’t force her, give her the dominant power.

For example, she may not be in the state at all, or she has been making nausea, or she just feels sleepy… … …

You have to remember that from now on, she will have to go through many tests both physically and mentally, [is he dissatisfied with his desire], such a small case is completely out of her consideration, or… take care of yourself, and talk more about [no desire is just]…

However, there is another possibility that in the first trimester of pregnancy, she will suddenly become… well, unhappy, which is very normal.

However, it is easy for a pregnant father because [she is someone else’s mother! [The little guy in the belly knows I’m doing what! Such thoughts affect [performance].

It’s all normal, it’s really normal. You can talk to each other heart to heart about your feelings and thoughts as before.

Accompany his wife to the prenatal examination for many [first time]

This month’s [prenatal examination] will be really wonderful. You may hear the baby’s fetal heart for the first time. If you can, don’t miss it!

Although… it is also possible to be blocked by doctors…

Make some preparations for the celebration in advance, such as having a good meal together and buying a bunch of flowers for her.

Before that feeling disappears, write a letter to the future baby and a letter to his wife. I don’t know how to say what is good? Just tell me how you feel and what the voice means to you…

Looking stupid and naughty? Try to do this, you won’t regret it when you look back in the future.

Don’t say she is fat!

I know, you may have learned from the director of the garden and the doctor that it is not good for a pregnant woman to eat too much weight. She does not need to gain weight in the first trimester of pregnancy, saying that she is fat is [for his good].

The director of the garden took this heart for her, but don’t say she is fat, okay?

Under the action of hormones, the pregnant mother may have edema, yes, she looks [fat]. Although it is impossible for the baby of the first three months to show its belly, it may also show it, so even if you clearly know the approximate size of the belly of the third month, don’t persist in getting her to agree [it is not the baby but the fat], okay…

Compared with [I really don’t care if your figure is out of shape], do you want to be fried or steamed? ), (after obtaining consent…) hugging, touching, kissing and staring at these loving actions are more appropriate expressions.

Fat, big, wide, round, thick, pig, Maitreya such adjectives, please don’t use on her, to her, this is not funny. I know you don’t care so much, but she does, she really does. The future will lead to [death], don’t blame the director didn’t remind! 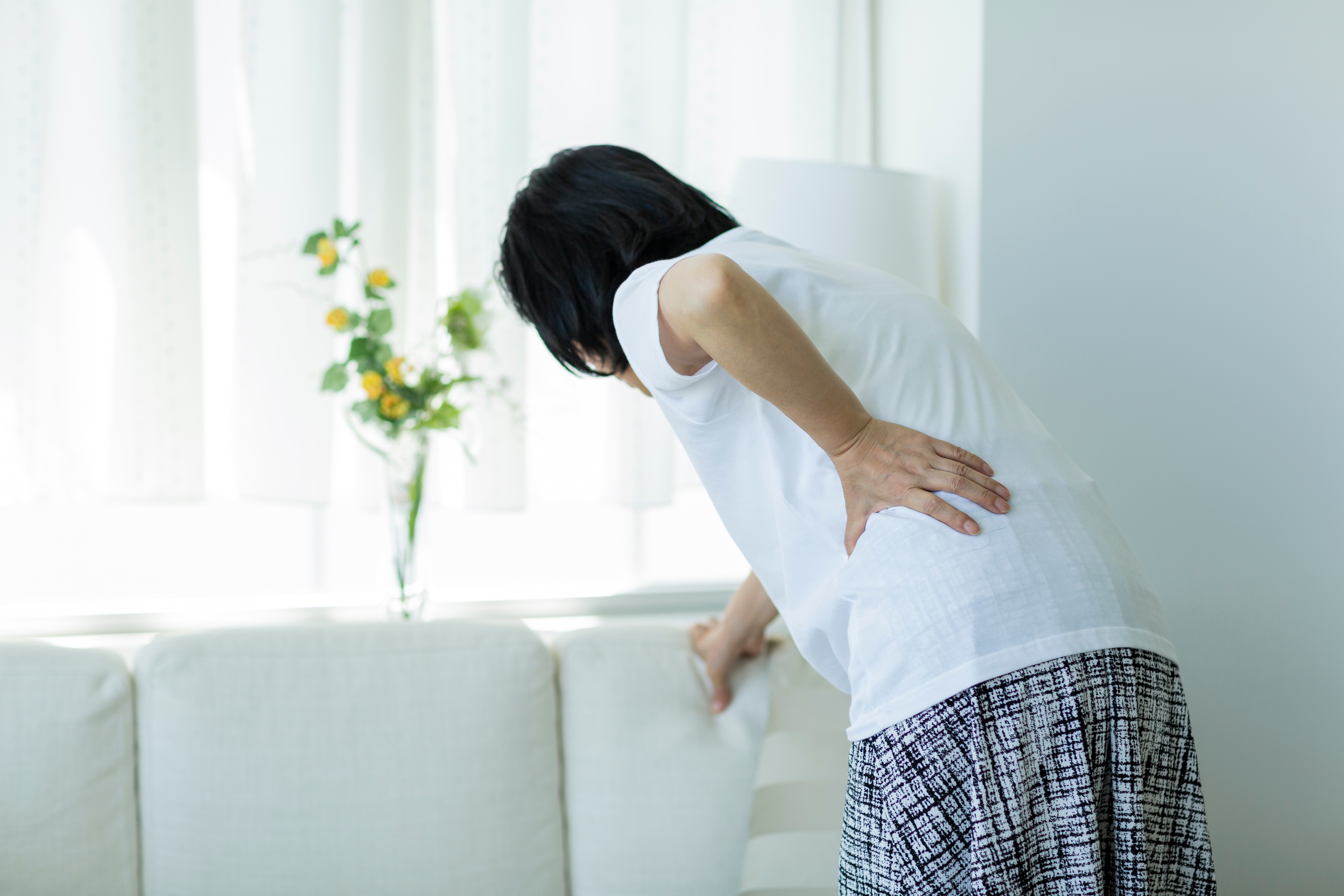 She has been vomiting, what should you do?

Each pregnant mother’s early pregnancy reaction level varies, some just feel sick when brushing her teeth in the morning, others… well, she may suddenly stumble and rush to the toilet at any time-such as sleeping.

Will you get used to vomiting? No, it will only make you feel worse. Think back to the last time you suffered from acute gastritis, when you got carsick, and if you didn’t, when you drank too much? Copy and paste 80 copies of this time and stick them on every day for three consecutive months. Think about it… Forget it, don’t think about it…

Most pregnant mothers will be fine after the first three months. Before that, the director sincerely gave the following suggestions.

1. Which foods and smells does she vomit?

Please carefully study and remember the food and smell that caused her to rush to the toilet, and help her avoid these smells as much as possible before she is freed from pregnancy vomiting.

For example, soy sauce, meat, seafood and fried flavor may be the most common flavor that will trigger reactions, but you must not be lazy: every pregnant mother has very different likes and dislikes of flavor, such as honey and arsenic. Please fully carry forward the cautious exploration spirit and then prevent slight deterioration.

Step 2 Stroke your hair and pass a glass of water

One of the most annoying things about vomiting during pregnancy may be vomiting on her hair. Help her and put her hair back into her hand (don’t pull it! ), pat her on the back (don’t push people into the toilet! ), pour her a mouthwash (don’t make her drink! ).

3. Encourage her to eat less and eat more

Three meals a day is too impractical for her. Her stomach is too shallow to hold. Do a good job in studying the nutrition collocation of eating less and eating more. Don’t be lazy and prevaricate with snacks, because people are vomiting in the dark. It is not good to eat dinner again. Snacks occupy a limited belly and nutrition will only fall behind.

The director of the garden warned very seriously: it’s not funny to vomit for three months in a row. She can laugh at herself, but you must not take part in it. Be careful… can’t eat… go around…

This is not what, but you are a little lost?

In the third month, many pregnant fathers will feel at a loss and often do not know that they should do some what as [the father of the child], and [becoming a father] will begin to show its original appearance: an abstract concept seems to be far away from themselves.

You know clearly in your heart that your wife is working harder at this time, But you also have your own emotions and want her to understand, which is not too much. When she has the energy, start a conversation, express your uncertainty, unreality and aimlessness to her, and tell her about your worries and worries in narrative language. Don’t be afraid, this won’t make things more troublesome.

Of course, you should also ask her some what feelings. It is very important for two people to maintain smooth communication.

You can look for it together. You should participate in the big event of “having a baby” how. Don’t be lazy, active study is always necessary.

After the first month of excitement, the second month of doubt, we reached the third month of confusion. During this month, her physical performance of pregnancy becomes obvious, and you may fall into a state of confusion. Here are some suggestions that may help you.

1. She has chest pain. Don’t touch it

Under the action of hormones, pregnant mothers can generally have a large cup on their breasts. Accompany her to buy a suitable breast-feeding bra. Don’t touch it easily, because she will be very sensitive and painful. Of course, this is still your wife, and you can still enjoy the intimacy of caressing and skin touching-with consent.

2. Want to love? Waiting for her to come to sex

Many pregnant mothers can be said to be [sexually absent] in the first trimester of pregnancy. Therefore, although her body has become very attractive, and although doctors can rest assured of love as long as they explicitly prohibit the first trimester of pregnancy, please control your desire and let her issue invitations when she is relatively comfortable and willing.

If the problem between you is on the other side… don’t worry, the strange thoughts of [she is someone else’s mother] [the child knows I am doing what] are very common, and you are not the only pregnant father who is not in the state because of this.

She didn’t do it, it was called early pregnancy reaction.

That’s not shit. You didn’t even hear or smell it in what.

Don’t joke about her body changes. If you two change, you can’t do better than her. Why does the director know? Let me ask you a question. Have you received the regular training of a big aunt once a month for ten years…

4. Help her when she vomits

When she vomits badly, don’t hide in the small room to play by herself, go to the bathroom to accompany her, help her stroke her hair to the back, caress her back, and hand over a cup of mouthwash.

Move softly, don’t pull your hair, don’t pat her in the toilet, don’t force her to drink water or eat. You will die miserably.

5. Talk to her about your confusion

Your sense of loss is also real, just like her physical reaction.

There is no way, you can’t feel the movement of the baby (of course, she can’t do it now …), it is difficult to have emotional connection with the baby.

Perhaps one thing that can be done is to give the baby a nickname. When it is mentioned, it is referred to by this name to make its [existence] more real.

Smooth communication is really important. After experiencing painful physical reactions, she may have regretful thoughts and then feel guilty about it. It is normal that you may be at a loss for a while because you cannot [effectively participate in it].

Talk to each other and support each other, and your relationship will be stronger.