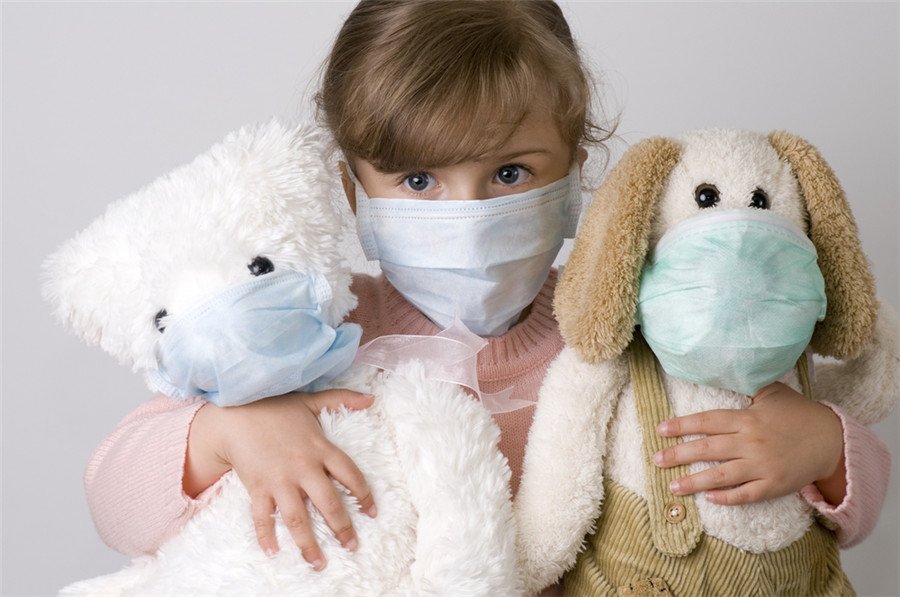 These are two completely different fathers. They have children suffering from the same disease-genetic defects.

Genes store the genetic information of life and are closely related to human life, old age, illness and death.

Two unfortunate children, their chromosomes have undergone abnormal changes, losing some genes and adding another.

In the precise human body structure, more or less genes will lead to a series of diseases. At present, there is no effective treatment for gene defects, or it can be directly said that it is incurable.

Most children with chromosomal diseases may miscarry due to serious abnormalities in their mothers’ stomachs, which is the result of natural selection in human reproduction. However, there are also a small number of children who can survive until birth, and the prenatal examination may not necessarily see abnormalities. No one knew that the child was like this before chromosome examination was done.

These two fathers are facing such children.

After the child was born, it seemed normal on the surface and the whole family was very happy.

But soon, the child developed symptoms such as urine retention and abdominal distension, and could not suck milk or cough. He was soon put on a ventilator due to severe pneumonia.

Insert a tube with appropriate thickness into the trachea through the throat and inhale and exhale with the help of the machine. This is the ventilator.

The doctor gave the child a genetic test.

Two weeks later, the results came out and were diagnosed as [serious abnormality] and incurable. The father took the child home. The child died on the 25th day after birth. I have no idea of the situation before death, but can only imagine it roughly.

The father brought the child to the emergency room again in order to issue a death certificate. The child was neatly dressed, his skin was pale and cold, and there was a faint fragrance after bathing, which every father and mother liked.

The father should have carefully cleaned every inch of the child’s skin after the death of the child and put on the new clothes that had been prepared long ago.

Before sending the baby away, he said he would take a photo and send it to his circle of friends.

He took photos of the children very carefully and then sent a circle of friends.

I understand that in this information age, this is a way to inform relatives and friends. For men, tears can be avoided in front of their faces.

He was calm, but he could see that he was choking back his grief.

The father told me that when the child was still in the mother’s belly, they made all preparations for the future. After knowing that they had a baby, they bought insurance for the child, and regularly pre-stored education and entrepreneurship funds every month, ready to give it to the child at the age of 18 or after graduating from college.

I didn’t expect this to happen.

I handed him the completed death certificate and said, “For the baby, this result is not bad. Although life is short, parents love him so much. Leaving early will keep away from a lot of pain.”

He said: “I looked at the test results and the time the doctor told me was three days behind the time on the report. Why not tell me as soon as the report came out? If I had been told earlier, the child would have suffered less than three days.]

I said: [Genetic testing takes a long time. If the result is abnormal, the doctor needs to review the result and can only tell you after it is confirmed to be correct.]

He said, understood, and then left peacefully.

He loved the child very much, but there was no way out. The result could not be accepted and had to be accepted.

I didn’t see the last photo he took of the child. Before that, he may have taken many photos of his mother and children, right?

But this should be the last photo of the child.

His child also experienced everything before the last child was carried away from the hospital for the first time.

The child has frequent apnea, which is dangerous without oxygen. At the same time, he has cleft palate and cannot drink milk by himself.

When we are hospitalized, we give the child nasal feeding, that is, insert a hose from the child’s nostrils to the stomach, and fill milk through the hose to maintain the child’s basic nutritional needs.

The difference is that the child lives far away and will soon die before he gets home. So dad turned back halfway back.

While rescuing, I asked the child’s illness. He took out a summary of his previous hospitalization. I saw chromosome disease and a long list of nearly ten diagnoses afterwards. From a professional point of view, active treatment has no meaning for children, just adding pain.

If treated, I will put him on a ventilator, give him injections, insert gastric tubes, catheterize, etc., but I cannot change the final result.

I truthfully communicated with my father and hoped to see parents make a choice to give up.

During my father’s painful struggle, I inhaled oxygen into the child and dripped it into the bottle because I detected hypoglycemia. The child slowly recovered a little, his complexion changed from blue to ruddy, and his breathing was no longer so difficult.

However, from the doctor’s professional point of view, the rescue is really only a slight extension of life.

I asked my father, if you want to think clearly, will you save or not? To save, there are still many things to do and a lot of money to spend. However, the child is born deficient. Even if he tries his best to save him, he will probably die soon.

Dad said that it had cost tens of thousands of dollars to be hospitalized before, and now he has only 8,000 dollars left, but there are still 70,000 to 80,000 dollars to borrow, which will arrive early tomorrow morning.

I also invited colleagues from relevant departments, who made the same analysis and told the same conclusion again.

I said: [I fully understand you. In this case, some people’s practice is to give the child to relatives and friends for a while, and then carry it back when the child is gone.]

He was silent for a long time.

Finally, the children’s parents decided to give up treatment.

This is the 35th day after the child is born.

My father said that the child could not drink milk by himself, and I could not let him go back hungry.

I said, well, let’s give him some nutrition.

We inserted the gastric tube into the child and gave the child a nasal feeding.

The infusion is still dripping down drop by drop.

The child breathed calmly and looked ruddy, as if he were completely normal.

This moment is very dignified and quiet. It seems that all other voices have disappeared, only the sound of Dad’s breathing and dripping liquid can be heard.

At this moment, I know how much the father of the child hopes that this small bag of liquid will never drip out.

Because I think so, too.