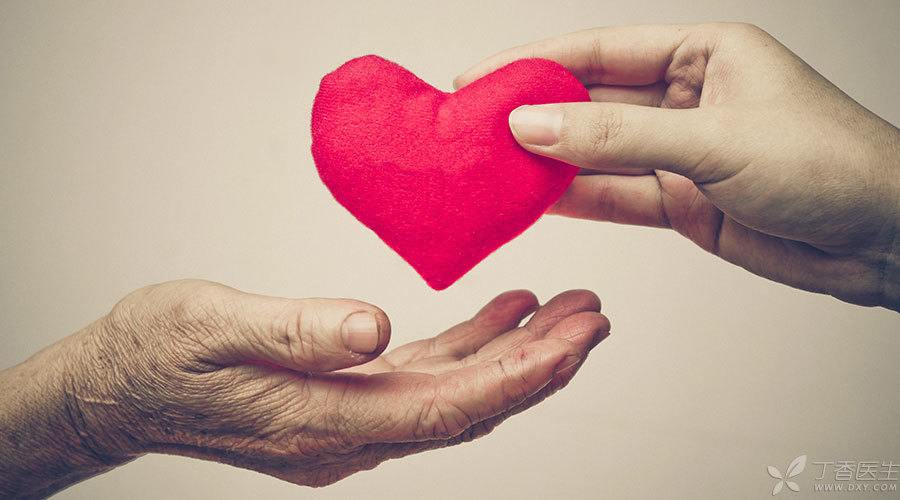 Shao Ziyan, a beautiful 21-year-old mother, had just given birth to twins, but was found to have acute fatty liver during pregnancy. She was in a coma for more than 50 days and finally died. The child did not drink a mouthful of breast milk. Finally, the family decided to donate its available organs to help other families, saving the lives of 4 people and bringing light to 2 patients…

Dr. Clove invited Dr. Zhou from Nephrology Department to tell us about the emotion, admiration and mixed feelings of sadness and happiness in organ donation.

The 20-year-old young mother came to the last moment of her life and donated all the organs she could donate, bringing hope to 4 patients and bringing 2 patients to a bright world. 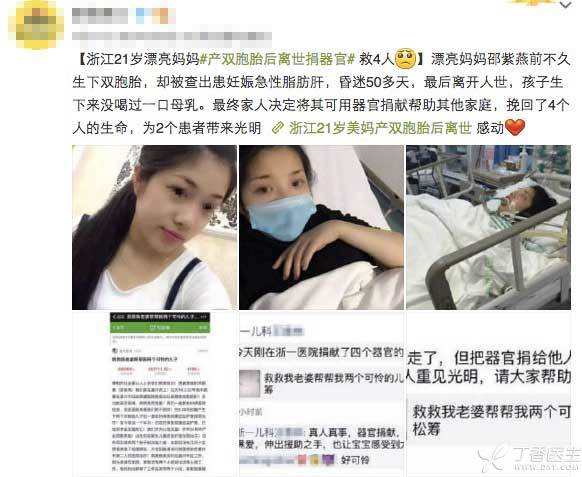 To me, this story is especially true and touching, because her kidney changed from pale to bright red in our hands, resuming blood flow and beating. At that moment, as usual, I silently said in my heart [thank you, go well].

Nowadays, organ transplantation is no longer a rare thing. The era of artificial kidney and regenerated heart in sci-fi blockbusters is still far away. Donation has become the only vitality for patients waiting for transplantation. Some organs, such as liver and kidney, can be donated by relatives, but some organs, such as heart, can only come from special volunteers.

Hangzhou’s streets and alleys are full of public welfare slogans [organ donation, relay for life-giving gifts of life, great love forever on earth]. I often stop in the midst of people coming and going, with tears glistening from my eyes. Because through these billboards, which have no aesthetic feeling but are especially warm, I see scenes that others cannot see or think of.

[Organ Shortage] In the eyes of others, it may only be cold statistics. In front of organ transplant doctors, helpless lives disappear in seconds. Therefore, we often cherish a special admiration for organ donors.

Many people think that it is incumbent upon them to donate organs among relatives. In fact, it is not. No one should give anything for another person, let alone non-renewable organs.

Once there was an elder sister who donated kidney to her younger brother. Joyfully came to the hospital, With a relaxed face, I thought I could go home after lying in the hospital for a few days. But when she saw the aunt who had just donated kidney to her son in the next bed, Seeing the long incision in her belly and more than a dozen stitches of suture, she began to realize the concrete facts she had to face. In many places, kidney donation surgery has been done with less traumatic and minimally invasive methods, but fist-sized kidneys will inevitably leave scars if they are to be removed intact from the body.

I once saw an elder sister who resolutely divorced her opposing husband in order to donate kidney to her younger brother. How many people praised her with greatness and scoffed at her husband. However, this is not a positive example worth flaunting. For the younger brother, there should be gratitude, and for the husband, there is nothing to be ashamed of, with different positions, that’s all.

There is also the news that [men suffer from uremia, but their mothers refuse to donate kidney after successful matching], which once exploded their circle of friends and microblogs. Many people think that their mothers are selfish, but she should not be criticized. Organ donation should be a voluntary choice made with reverence for life and must not become a helpless compromise under the pressure of public opinion and moral kidnapping.

I used to think that donating organs at the end of my life was the most reasonable choice, but this is another [one’s own way].

One day, a nine-year-old child had an accident while playing. It is conceivable that his parents were devastated. The great young parents could still think rationally in the face of the sudden bad news and donate their children’s organs to people struggling on the line of death.

I have no children, so I still can’t understand this feeling. However, this idea cannot be blamed. It is also a kind of parents’ love for their children. It is also because of the existence of different ideas that people admire those who choose to donate.

Once, I stood in the ICU ward, Looking at a brain injury patient who relies on machines to maintain his life, I have mixed feelings. I don’t know that among the family members waiting outside ICU, Which are his family members, but I know that there will be coordinators from the Red Cross to accompany them, listening to their pain and unwilling, and at the same time telling them that there is a way to continue the lives of their relatives in a special form-organ donation.

I don’t know which patients will become the lucky ones to regain their lives. Is it the pig uncle who is always simple and honest? Is it that very picky but kind-hearted little girl? Or is it the big boy who is very anxious?

The long list of candidates waiting for transplantation seems that everyone is just a line of the form, but no piece of paper can carry this fresh but possibly withering life from time to time. At this moment, I am sad for one family and happy for many families. This wonderful feeling, every time I experience, strengthens my heart in this line of work.

The continuation of life is a reality, not an empty slogan, for transplant doctors.

Many colleagues in the hospital have registered as volunteers for organ donation behind them. We very much look forward to the day when everyone can understand the real meaning of organ donation, admire, appreciate, follow and promote a relay for life in which the whole society participates without worries.