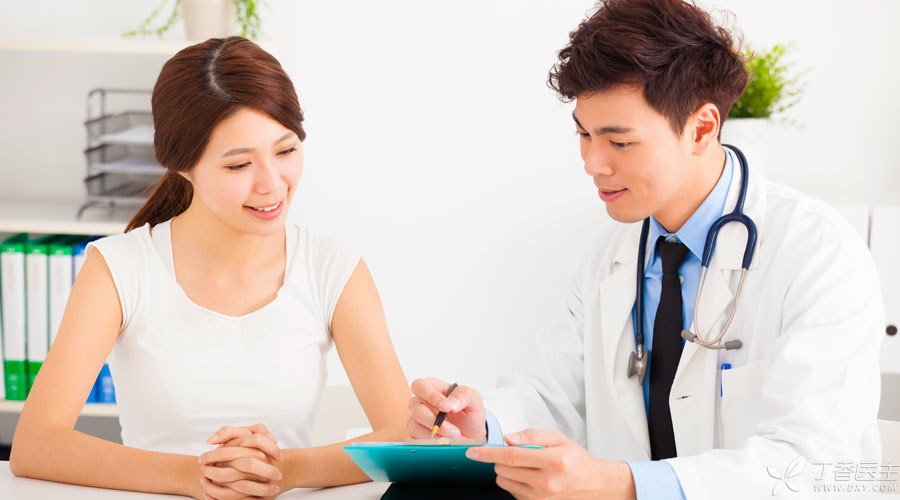 Modern women pay more and more attention to their health and have a physical examination every year.

Although everyone knows the words on the examination results, they do not necessarily understand them. Many people get the report form after examination and always feel that there are some problems.

However, you may not have to pay too much attention to the common [abnormal conditions] on the following inspection reports.

No matter in the street or at the end of the lane, I have heard too many words. I don’t know how many unreliable hospitals I have supported.

In fact, cervical erosion is only a manifestation, many of which are physiological, not any disease, and do not need treatment at all.

Physiological erosion is only the normal tissue of the cervix moving outward for some reason. It looks like a red area with fine particles. It is medically called physiological ectopic cervical columnar epithelium. That is to say, normal tissue, It’s just a change of position, If you think it is abnormal and needs treatment, All I can say is… The doctor is not too knowledgeable, Is intentional evil, of course, there are also some cases are pathological, erosion is caused by some diseases, for example, some cervical inflammation leads to cervical infection, cervical appearance will be abnormal. This time needs treatment, but the treatment is not the so-called erosion, but the disease behind erosion.

The first thing to bear the brunt is that money is damaged and pockets are shriveled.

However, the daughter can be recovered, but the length of the cervix is so large. If the cervical length is gradually shortened and the load-bearing capacity (medically called cervical insufficiency) is gradually lost due to simple erosion (the so-called LEEP knife resection), miscarriage or premature delivery may occur if pregnancy occurs.

In short, most cervical erosion is physiological, do not need treatment, regular examination. Even if it is pathological erosion, we should pay attention to the disease that hides behind the symptoms, rather than simply eliminating external manifestations.

In fact, the abnormal cleanliness is not terrible, but the terrible thing is to pursue [cleanliness] too much.

The vagina of normal women is not sterile, and under normal circumstances, the general reference range of vaginal cleanliness is I ~ II. However, if there is no obvious discomfort, even if the cleanliness is III, it can be ignored.

In fact, there are many bacteria living in the normal vagina. At ordinary times, they jointly maintain a stable vaginal environment, which is the natural defense barrier of the vagina. Once this is normally destroyed by external factors or their own hormone factors, the disease will be more easily invaded.

Abuse of antibiotics, frequent vaginal lavage, drug stuffing, etc. are just easy to damage the health of the vagina, leading to vaginitis more likely to attack; When inflammation is serious, it even invades peripheral organs to cause urethritis and pelvic inflammatory disease.

Therefore, it is often seen that all kinds of lotions, all kinds of stoppers and all kinds of antibiotics will not itch after one round of tossing and turning. After another review, the cleanliness will not decrease, but bacteria will be found instead. Originally, it didn’t itch for a long time, but now it will itch when things go wrong.

Therefore, don’t limit your eyes to the cleanliness column. If there are no symptoms, you don’t have to feel uncomfortable for cleanliness.

Uterine leiomyoma? Endometrial polyps? Ovarian cyst? Cervical cyst? When there was no feeling at all, so many illegal buildings were erected inside and outside the pelvic cavity?

In fact, although they are illegal buildings, they are not harmful. As long as regular monitoring is done, there will generally be no big waves.

If the myoma, polyp and cyst mentioned earlier are illegal buildings, then pelvic effusion should be regarded as the accumulated water in this urban system for the time being.

Unless you have other symptoms, such as fever, abdominal pain, waist soreness, etc., you need to determine whether pelvic inflammation has occurred at this time, and then you need human intervention treatment.

Of course, the loss of money is out of the question. The key is that the parties concerned are suffering not only physically but also psychologically. They are always worried that they will do this or that.

For some female friends who are usually in poor health, oral antibiotics [symptomatic treatment] often result in inflammation because of their recklessness… and it is possible to cultivate a group of drug-resistant bacteria to make their physical condition worse.

In recent years, HPV is often sold in bundles with cervical erosion. Some doctors will alarmist tell patients that if the virus is infected, they will definitely get cervical cancer. Therefore, it is suggested to take various unreliable needles and drugs to resist the virus.

HPV is called human papillomavirus. In fact, it is a large family. Family members related to cervical lesions are high-risk subtypes, such as HPV-16 and HPV-18. Most cervical cancer is created by these two bad guys. There are also some low-risk subtypes, which usually do not cause trouble, such as HPV-6 and HPV-11.

In fact, although anyone who has sex is likely to be infected with HPV, they are also easy to be removed. As long as the body’s immunity is normal, most HPV can be kicked out of the house. Only when some HPV is relatively tough and cannot go away and continues to be infected can it be possible to transform into cervical lesions.

Therefore, if the cervical cytology results are good, it can be reexamined after 3 to 6 months.

Although there are various drugs that say they can be treated, the virus can actually be said to be [there is no medicine to treat]. What is more reliable is to improve one’s immunity, instead of wasting one’s own pockets and energy with the attitude of daring to try, and trying all kinds of therapeutic preparations in person.

If it must be at odds with HPV, it is good to use mild methods. If it is [antiviral] or even [virus removal] and carries out some over-treatment, it is possible to harm the reproductive system, affect menstruation and even affect pregnancy.