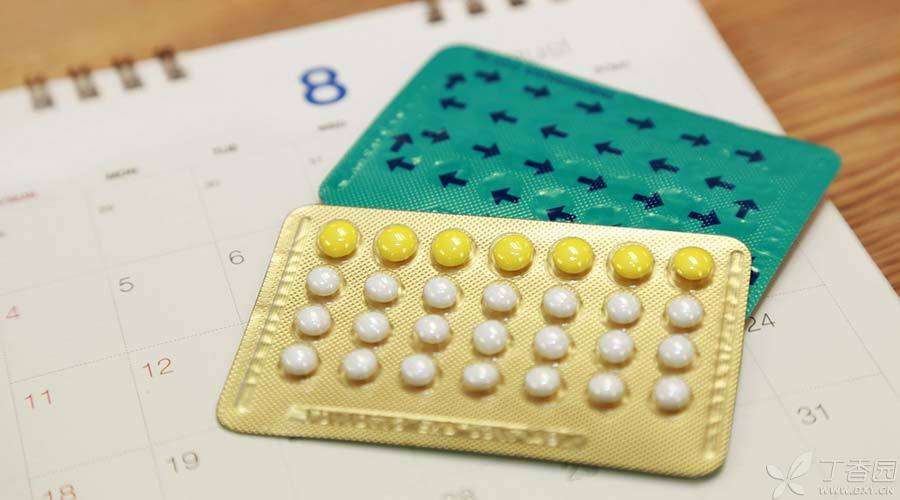 Short-acting oral contraceptives are currently a relatively convenient and reliable contraceptive method. However, Chinese people are always not used to [taking medicine] and may still have many doubts in their hearts.

1. How to take contraceptives?

Traditional short-acting oral contraceptives are usually taken in 21 tablets for 21 consecutive days, one tablet a day, then stopped for 7 days, and then continued to take the medicine. Some drugs are taken for 21 days of contraceptives and 7 days of placebo without drug ingredients to avoid missing the medicine after 7 days of withdrawal.

2. What discomfort when taking contraceptives?

During taking the medicine, there may be irregular vaginal bleeding, and there may be some other discomfort symptoms caused by hormone level changes, such as dizziness, headache, fatigue, dysphoria, etc.

In the first few weeks of using short-acting oral contraceptives, irregular vaginal bleeding may occur, which will generally disappear in the process of continuing to take drugs. There are also some women who will still have irregular bleeding even if they continue to take drugs. In this case, it is recommended to go to the hospital for examination to eliminate the possibility of other diseases.

Does taking contraceptives make you fat?

The third generation of short-acting oral contraceptives can cause water and sodium retention, making some parts of the body, especially breasts, buttocks and thighs, retain more water, making people feel as if they have gained weight. The fourth generation of drugs can effectively inhibit this side effect.

Contraceptive pills may cause hypertension symptoms in some users.

Please monitor your blood pressure regularly during taking contraceptives. If you are a patient with hypertension, please consult your doctor if you need to switch to other contraceptive methods.

The degree of influence depends on the type of drug and the proportion of estrogen and progesterone in the drug. Contraceptives with high estrogen content have certain benefits to the overall blood lipid level.

However, in general, the effect of contraceptives on blood lipid level is not significant and will not affect the overall health.

About Risks and Taboos

6. Will contraceptives increase the risk of cancer?

If it is a patient with liver disease or a woman with a family history of liver cancer and cervical cancer, she should consult a doctor to choose a more appropriate contraceptive scheme.

7. What are the taboos in taking contraceptives?

Short-acting oral contraceptives are not suitable for all people and are not recommended for the following groups:

Lactating; Over 35 years old and smoking for a long time; Hypertension control is not good. History of deep venous thrombosis or pulmonary embolism; There is a history of ischemic heart disease, cerebrovascular accident, valvular heart disease with complications, etc. Have a history of breast cancer; Complications caused by diabetes, such as nephropathy, retinopathy, nervous system diseases, etc. Liver disease; Vaginal bleeding of unknown cause; An ominous migraine; Taking antifungal, tuberculosis or epilepsy drugs; For some reasons, they are unable to move for a long time or have coagulation-related diseases.

8. Can women over 35 continue to take contraceptives?

However, if it is a healthy and non-smoking woman, she can use drugs safely under the guidance of a doctor before the age of 40.

9. If you want to stop taking contraceptives after many years, can you stop taking them at any time or must you complete the current course of treatment?

10. After stopping the drug, how does menstruation not recover?

If menstruation does not resume after stopping the drug for several months, it may be amenorrhea after contraception, i.e. The contraceptive causes the body not to produce hormones related to ovulation and menstruation.

If you fail to resume menstruation within 3 months, it is recommended to take an early pregnancy test to check whether you are pregnant and then consult a doctor.

11. If you plan to have children, how long will it take to get pregnant after stopping the drug?

Once ovulation resumes, pregnancy can be achieved.

After stopping taking the contraceptive pill, ovulation may be delayed for about two weeks. After taking the last medicine, menstruation may occur again in about four to six weeks.

12. Should I wait several months before getting pregnant after stopping taking drugs?

It is not necessary.

In the past, doctors worried that if they became pregnant immediately after stopping using contraceptives, they might increase the risk of miscarriage. However, this worry proved to be groundless and the hormone components of contraceptives would not accumulate in the body.

13. Will taking contraceptives affect the accuracy of early pregnancy tests?

During the period of taking contraceptives, the early pregnancy test is still accurate.

14. What if you still take contraceptives after pregnancy?

If you don’t know you are pregnant but continue to take contraceptives, please don’t panic first.

15. Is it possible to get pregnant when taking drugs or placebo?

First of all, you should know that there is no contraceptive method with a success rate of 100%. Even ligation, which has the highest success rate, may recanalize naturally.

If the drug is taken strictly in accordance with the drug instructions, the contraceptive effective rate can reach 98% ~ 99%, and the risk of unwanted pregnancy will not increase during the prescribed withdrawal period (or during taking placebo).

However, if you miss one or more tablets during a medication cycle, the risk of unwanted pregnancy during that cycle is higher. To be on the safe side, other contraceptive methods such as condoms can be used.