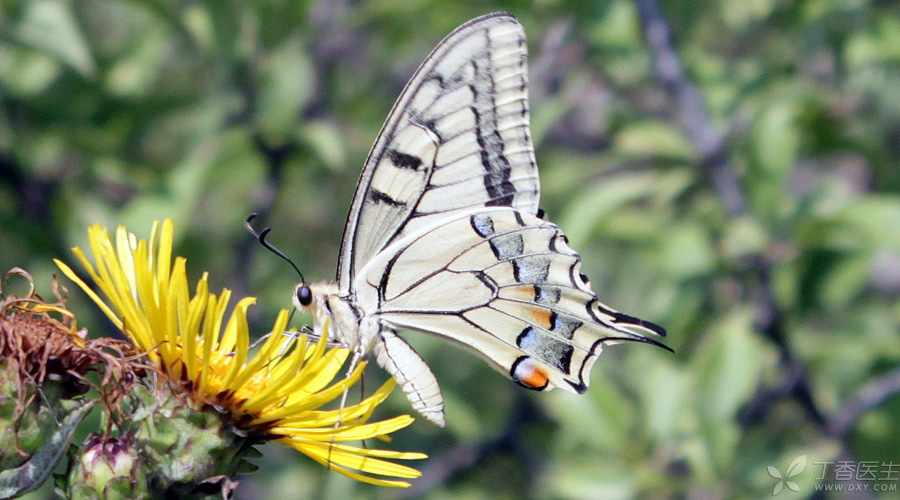 I once asked one of my consulting teachers that what’s natural process can most vividly describe the whole process of human spiritual growth. He said, it is probably the process of caterpillars turning cocoons into butterflies.

There is a caterpillar…

There is a caterpillar, it is not ugly, but it is covered in furry thorns.

These thorns are so prickly that others are reluctant to approach them.

Sometimes the caterpillar will be pricked by its own thorn if it is not careful-I know this sounds unreasonable, but the fact is that the caterpillar is also worried about it.

Caterpillar has always dreamed of becoming a green worm, because the color of cabbage caterpillar is fresh and tender, the skin is smooth, and there are not many pricking thorns.

The caterpillar thinks that if he can become a green worm, his life will definitely be completely better.

It has made a lot of efforts to that end, Like dyeing yourself green every morning, Or use a special insect suit to cover the thorns. However, after wearing a tight insect suit, the caterpillar not only feels unable to breathe, but also is often pricked to death by the thorns on its own body. This is really difficult to live normally. It pricks around every day, making the caterpillar feel that its whole insect life has no meaning of what.

The caterpillar finally decided that the days could not go on like this. It began to ask other insects through various channels for solutions, but the vast majority of insects did not seem to know what to do.

Silkworm told him that insects have such a talent, but it takes a lot of effort to make cocoons, and during the period when they stay in cocoons, many previous nightmares will come out, which is more difficult than the days when they stay outside and eat leaves to distract them. However, if a worm can break through cocoons, it can live its real life.

“I can help you through your cocoon if you like, but I can’t guarantee that you will be a green worm when you break through that cocoon.” Said the silkworm.

As the days passed, the silkworm told the caterpillar that it had changed. The caterpillar sometimes rejoiced at its changes, but sometimes felt confused and did not understand whether those changes meant what. Sometimes it even began to worry whether it had deviated from its important goal of becoming a green worm. Maybe I have to stay with this cocoon for the rest of my life?

Until one day, caterpillars, encouraged by silkworms, broke through the cocoon.

It climbed out to bask in the sun and shook… Did what grow the two wing-shaped things behind it? Although I do feel good recently, I have never noticed these two things… What is going on?

[Looks like you’re a butterfly with a phoenix tail,] said the silkworm.

[I don’t know. All I know is that you are not only a caterpillar, but also know how to make cocoons. I know that when you break through cocoons, you will become what you really are.] The silkworm replied, “Do you like yourself now? ]

[Yes. Although it has not become a green worm, it seems better! ] The phoenix-tailed butterfly scratched its head, [I used to think that my only choice was to lie prone under the leaves and not see the sky all my life…]

The silkworm smiled and did not speak.

Am I invincible now? Asked the Butterfly.

Where does our pain come from?

Many of us are like the caterpillar in the story. Due to the stumbling and stabbing in our life experience, we always think that it is good to hide our wounds and pretend to be fine. Little imagine, those wounds themselves are exactly the opportunity for us to grow up, and the way we suppress and defend ourselves is the source of pain.

Many people are often taught from childhood to suppress their emotions, not to express them, or even not to feel them at all.

And these emotions, which have no place to vent, form an undercurrent and accumulate into anxiety and depression.

There are also many times when we try to forget the pain or persuade others when they are sad [all over, still want it to be what].

I can’t remember how many visitors told me when they first entered the consultation room. He doesn’t want to talk about his growing experience, his relationship with his parents, or even his last relationship, because those things have passed and he doesn’t care or forget them all for a long time. What he wants to solve now is his emotions, procrastination and even simple insomnia.

However, as the consultation progresses, they will gradually realize that the so-called forgetting is just self-deception, and the wound that has not been healed is still hidden behind their consciousness, affecting their whole life by affecting their judgment of the present and expectation of the future.

There are also times when we just don’t know how to deal with ourselves when facing suffering, so we escape to fantasy, work, alcohol, games…

A moment’s happiness can often relieve the pain in the heart. Occasionally avoiding difficulties is also a necessary rest for the soul, but when a short rest turns into a long vacation or even a lifetime career-problems that have been turned a blind eye will slowly accumulate from a few pieces of rubble into mountains, and when we return to absolute being, we realize that we have gone too far on the wrong road…

How to get rid of the spiritual dilemma?

One day, we will realize that the only way out of the predicament is to face up to our vulnerability openly, discover our inner strength and grow up from the predicament.

Those who have experienced pain and stood up again will become more mature people through internal healing and transformation time and again: they will have a gentle, open and quiet mind, acquire the ability to accept all joys and sorrows in life, and find their own meaning in life.

You also have the opportunity to become such a person, and what you have to do is to start from today, take the setbacks and pains in life as the ladder of life growth, and let each psychological therapy become a solid step up the ladder.

In-depth psychotherapy needs to be carried out in the relationship. Just like the caterpillar and silkworm enter the cocoon in the story, When you have identified what you need to be healed, When you find your own growth path and promise to take this path, you need to reveal your weaknesses, face your nightmares, rediscover your strength and liberate yourself from it in a real and safe relationship-and this is the position of professional psychological counseling and other in-depth healing methods.

However, not everyone needs professional help. For most people, self-healing is enough to make them grow and perfect. All they need is a direction and a little guidance. We will introduce some methods provided in the self-healing book “Healing Time, You Will Bloom”. More answers can be found in this book.

Where is the destination?

Many people think that the end point of their spiritual growth is to become [the first iron wall in the universe is indestructible and invincible Iron King Kong], but this is not the case.

On the contrary, a mature person has the courage to show his strength and fragility without tightly wrapping himself up due to injury. He can walk through life without missing any precious moment. He can also feel the pain of the world and treat himself and others with tenderness.

There is a long way to go to grow up, not everyone can perfect it, but when you embark on the road of healing, you may wait for you on the far horizon…

Do you wish to meet him?