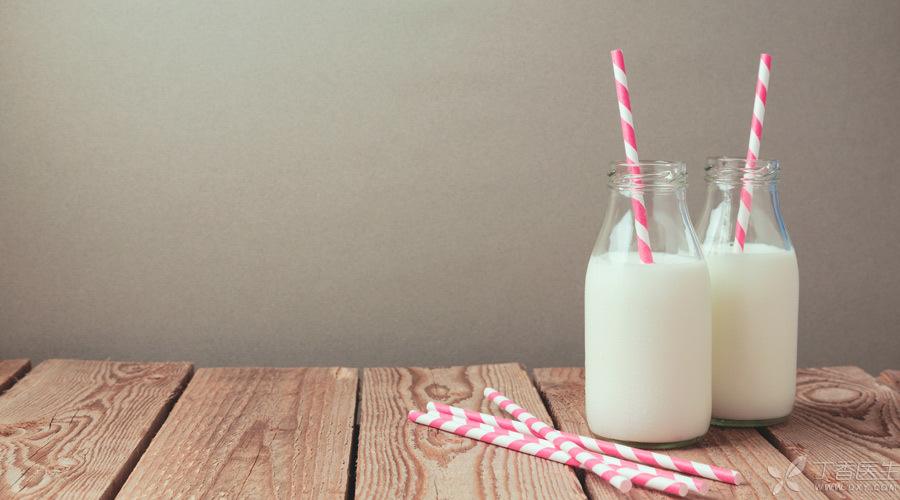 Canteen gentleman and everyone said many times to drink milk every day, it is best to drink enough 300 mL. However, even such a harmless, nutritious and delicious food for human beings and animals, there are also various rumors. Many people left messages backstage to check with canteen gentleman.

Therefore, the canteen manager decided to catch all these rumors and let everyone [drink milk] [choose milk] have no worries from now on.

Although it is already an old rumor, this alarmist statement will still spread among friends from time to time.

Legend has it that tyrosine and IGF-1 (insulin-like growth factor) in milk have strong carcinogenicity.

This is a typical rumor caused by misreading and exaggerating scientific research:

First of all, IGF-1 is very small in milk, and after processing and heating before leaving the factory and digestion in human body, it no longer has biological activity, let alone worries about carcinogenesis.

The theory that casein causes cancer stems from an academic study. In this experiment, researchers first induced mice to suffer from cancer with aflatoxin (a strong carcinogen), and then used tyrosine to promote the development of cancer.

As a result, some people interpret milk as carcinogenic. However, the wise people will know at a glance that this is a complete misreading:

First of all, aflatoxin, not tyrosine, induces cancer. Secondly, the amount of tyrosine fed to mice in the experiment is very large (20% of the feed is tyrosine), and it is impossible for us to reach this order of magnitude when drinking milk everyday.

The so-called carcinogenic milk is just a rumor, milk can be safely drunk. But don’t drink too much (300 mL per day is good), after all, the intake of saturated fat and calcium in milk is also a health risk.

Rumor 2: You can’t drink milk on an empty stomach,

Rumor has it that milk cannot be drunk on an empty stomach. First, it is said that the protein in milk will be [forced] converted into heat and consumed, which is very wasteful. The second is that drinking milk on an empty stomach will lead to diarrhea.

However, in addition to protein, milk also contains lactose (a carbohydrate) and fat, both of which will be preferentially decomposed to provide energy, and finally protein will be loaded without worrying about being wasted.

In short, if you suffer from abdominal pain and diarrhea when you drink milk at ordinary times, then don’t drink milk on an empty stomach. If you often drink milk since you were a child, there is nothing uncomfortable. If you have no time to have breakfast in the morning, there is no problem at all. 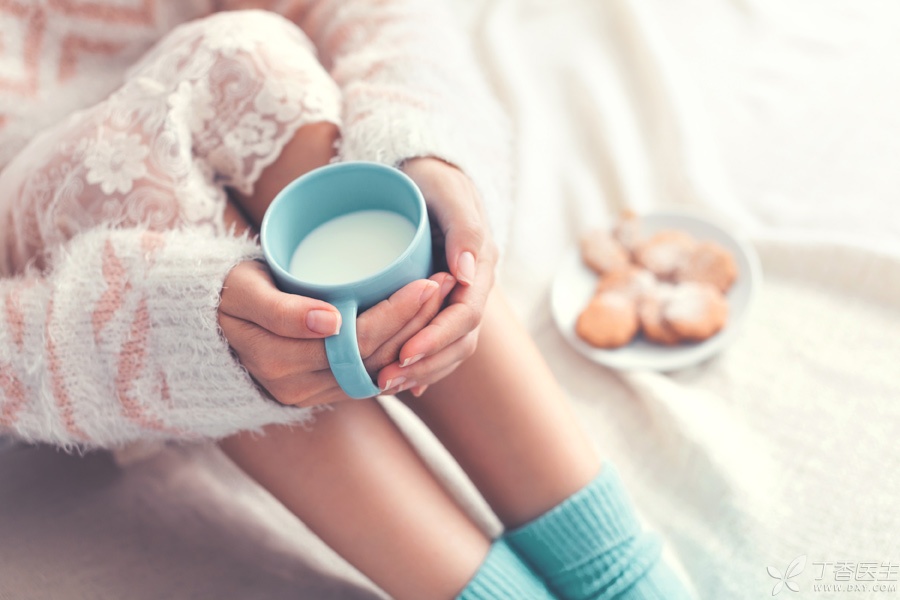 The dispute over pasteurized milk on the freezer and warm milk on the container has a long history.

Even some experts suggest drinking more pasteurized milk on the grounds that there is less loss of nutrients. They also say that pasteurized milk is drunk internationally, and only China mainly drinks warm milk.

Indeed, due to different disinfection methods, the two kinds of milk are slightly different in nutrition and taste.

In taste, most people think pasteurized milk is better to drink (of course, the general price is also more expensive); Nutritionally, high-temperature sterilized normal-temperature milk does lose some heat-sensitive nutrients, but protein and calcium, the core nutrients in milk, will not be affected.

Therefore, the specific choice of milk depends mainly on your eating habits and needs.

If you have a refrigerator at home and it is convenient to buy milk, then choose pasteurized milk in the refrigerator. If you are a homesick and like to store food, or do not have refrigeration conditions, or when traveling, warm milk may be more suitable for you. Long shelf life, it is not easy to break down without refrigeration.

Rumor 4: Milk has a long shelf life and must have preservatives.

Therefore, some people think: Preservatives are definitely indispensable in this milk, otherwise how can it be kept for so long and not bad?

Leaving aside the rational use of preservatives, it will not cause harm to the body. In fact, neither pasteurized milk nor normal temperature milk contains preservatives.

You know, milk can kill almost all microorganisms after disinfection, sterilization and other steps, and then use aseptic packaging, which can be stored for a long time without preservatives. There will be no merchants who are stupid enough to spend more money to add preservatives.

All pure milk contains no preservatives.

These days, [low fat] [low calorie] has become a synonym for health. Many young women strongly pursue skim milk and think it is better than whole milk.

But the truth is not that simple.

Skim milk removes fat, and vitamins A, D and E originally existing in milk (these vitamins can only be dissolved in fat) disappear with fat. Moreover, the fragrance of milk is attributed to the fat in it. Skim milk without fat tastes relatively weak and has no satisfaction. Instead of eating a cake after drinking skim milk, it is better to drink whole milk directly.

Considering that most Chinese people do not drink milk as water, they drink 1 or 2 cups a day, so there is no need to struggle with the extra grams of fat.

For healthy adults and children born in development, it is good to drink whole milk, which is better to drink and has more comprehensive nutrition.

If you are overweight or have hyperlipidemia, you can consider low-fat milk or skim milk. 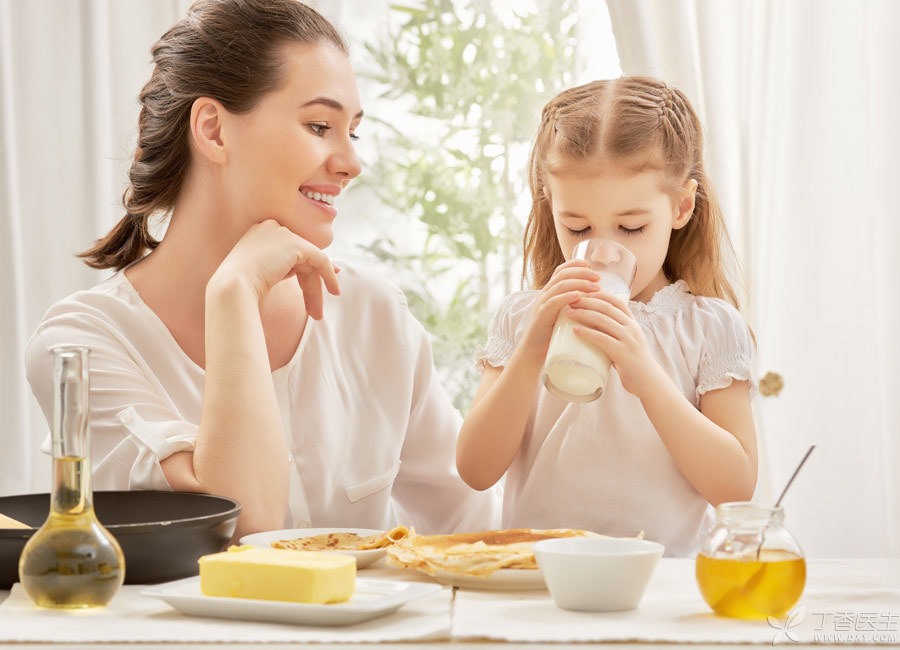 Rumor 6: Milk is compatible with many foods,

There are many theories about milk, the most famous of which is that milk cannot be eaten with fruit juice, chocolate and tea.

Some people say that fruit juice is acidic, which will precipitate and denature protein in milk and affect absorption.

In fact, there is no need to worry at all. Gastric acid is much sour than fruit juice. Even if milk does not meet fruit juice, it will precipitate in the stomach. If protein precipitation cannot be absorbed, wouldn’t cheese faint from crying?

Strawberry milk and banana milk are in full swing in freshly squeezed juice stores. Instead of worrying about whether protein can be absorbed, it is better to let the stores not add sugar.

Besides chocolate and tea.

Chocolate and tea contain oxalic acid and milk contains calcium, so there are rumors that eating them together will form calcium oxalate, which will not only affect the absorption of calcium, but also lead to stones.

It is true that oxalic acid can affect calcium absorption. However, even if milk is not drunk at the same time, oxalic acid may precipitate with minerals after entering the human body, which is not the fault of milk.

Even if a little calcium is lost, it is not on the same order of magnitude as the calcium added by drinking milk.

Instead of struggling with food, it is better to eat a balanced diet and drink enough milk.