It is approaching the annual college entrance examination again. At this moment, a piece of news [accidentally] happened to appear in front of us.

It’s all [the lack of people]

Recently, the author saw such a message on the Internet: 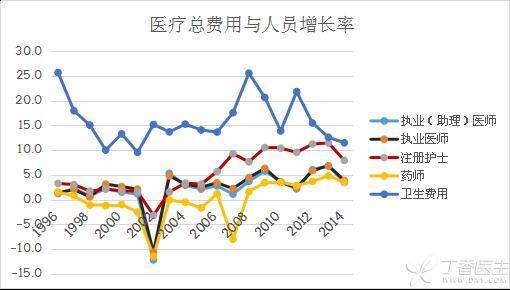 As shown in that figure, Beginning in 1996, The growth rate of China’s health technical personnel has always lagged behind the growth of health expenses by a large margin. The lag in manpower, This contradiction leads to the contradiction between the increasing medical demand and the sluggish growth of medical supply. This contradiction has brought about the overload of medical personnel, the decline of patients’ experience in seeking medical treatment, and the poor communication between doctors and patients, which naturally leads to the continuous intensification of doctor-patient conflicts.

With the progress of our economy and society, the improvement of living standards, the perfection of social security system and the aging of our country, the amount of diagnosis and treatment in our country’s medical institutions has doubled in the past 10 years. However, the growth of health technicians in our country lags far behind the demand for medical services.

According to the data of the Health Statistics Yearbook, from 2005 to 2012, the number of health personnel in 1,000 people in China increased from 3.5 to 4.94, an increase of only 29%. From 2006 to 2014, the average number of doctors in beds in public hospitals in China decreased by 11%, while that in private hospitals decreased by 22%. The growth of medical personnel did not keep pace with the impressive great leap forward in hospital scale in recent years.

These data can’t help but bring people back to the previous thinking: as long as we increase the training of health professionals and increase the supply of medical services, we can solve many problems existing in China’s medical industry.

To [expand enrollment], not to [irrigate]

Since the establishment of the examination system for practicing doctors in our country, the passing rate has been declining all the way. In 2006, 480,000 people signed up for the medical examination, with a passing rate of 28.6%. The number of applicants for the 2015 medical examination was 702,000, The pass rate was 19.52%. In the past ten years, the number of applicants for the examination has increased by 32%, However, the qualified rate has dropped by 47%, and the number of people who have passed the examination has dropped instead of rising. The sluggish passing rate of the examination is due to the factors that the previous examinees have precipitated year by year, but it also reflects that the expansion of medical enrollment has led to the uneven quality of medical education and the combination of mud and sand, wasting the precious life of the majority of students and the amount of economic investment.

In 2015, Zhang Kan, director of the Scientific Research and Education Department of the Shanghai Health Planning Commission, spoke at a continuing education course. Spicy criticism of the teaching level of some medical colleges and universities: [In a province famous for its hard-working students, students from two colleges and universities who can’t name and can’t name come to Shanghai to take an examination of regulations and training if they can’t pass the examination. One by one, their scores are quite high and they can be admitted to Huashan Hospital. When you come to Huashan, you can’t have physical examination or consultation. I couldn’t understand < < Old Uncle Niang > > (Shanghai Dialect TV Program), explained to the patient that the patient couldn’t understand the disease, and was expelled in less than three months, disrupting the hospital’s teaching plan.] 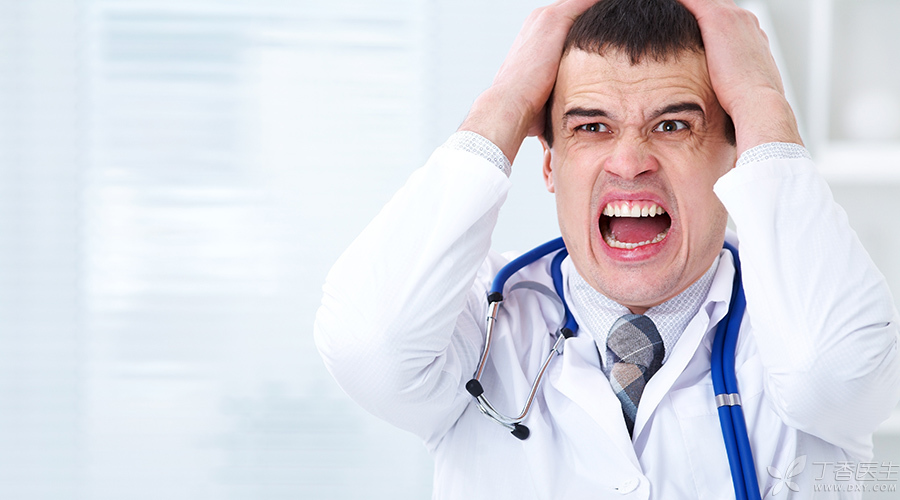 Of course, the graduates of these colleges and universities still have the opportunity to change: go to higher-level colleges and universities to study for graduate school, or pass the standardized training students of high-level hospitals. Therefore, examination training has become the daily learning of medical students, while clinical skills and ideas have been placed in a more backward position.

A professor of our school once put forward when evaluating the level of medical development at the county level in recent years: The factors that help the county medical level the most, In recent years, graduate students have expanded enrollment. In China’s high-level medical institutions, graduate students are used as resident doctors. Although there is no systematic and comprehensive standardized training and transfer of resident doctors, a large number of graduate students have come to county hospitals for employment with the clinical ability formed by large hospitals after graduation, which has really improved the standardized level of county medical treatment.

The expansion of postgraduate enrollment is of the greatest help to the clinical level at the grassroots level, which shows that the biggest short board of medical education in our country is the training of clinical skills. Therefore, the full popularization of standardized training system has been put on the agenda.

In the past, due to the reason of our country’s training system, Medical graduates who have completed theoretical study are almost a blank sheet of paper in clinical thinking, experience and ability. Need to accumulate slowly in the work after graduation. Due to the difference in clinical thinking and level of different hospitals, the difference in clinical ability of graduates from the same school after practicing medicine for many years can be described as heaven and earth. This has resulted in the imbalance of medical development in our country and is considered to be one of the reasons why the masses are superstitious about large hospitals and blindly seek medical treatment.

The [5 + 3] training mode will improve the standardization of clinical medical education in our country and reduce the level between medical institutions at all levels. It is an important component of deepening medical reform in our country. At present, the regular training system is still young, and there are not many students who have completed the regular training.

What’s more, The establishment of the training system, It met with resistance from the medical students. Medicine is a long-term school system. For students, they have to bear higher costs than studying other majors. Participating in regular training, The delay in employment increases the training costs that students need to bear-not only the cost of money, but also the cost of development. Students of other majors begin to earn their own living and start families and careers, while medical students are still cramming into their old age. The cost of studying medicine exceeds the expectation when choosing their major. Of course, students do not accept it.

At present, the economic conditions in our country are limited, and the living allowance given by the state to the trainees is only 30,000 yuan a year. Due to the economic conditions of various trainees and hospitals, sometimes the treatment cannot be implemented, which has intensified the living pressure of medical students. In Shenzhen, due to poor communication, there have been demonstrations and protests by trainees. 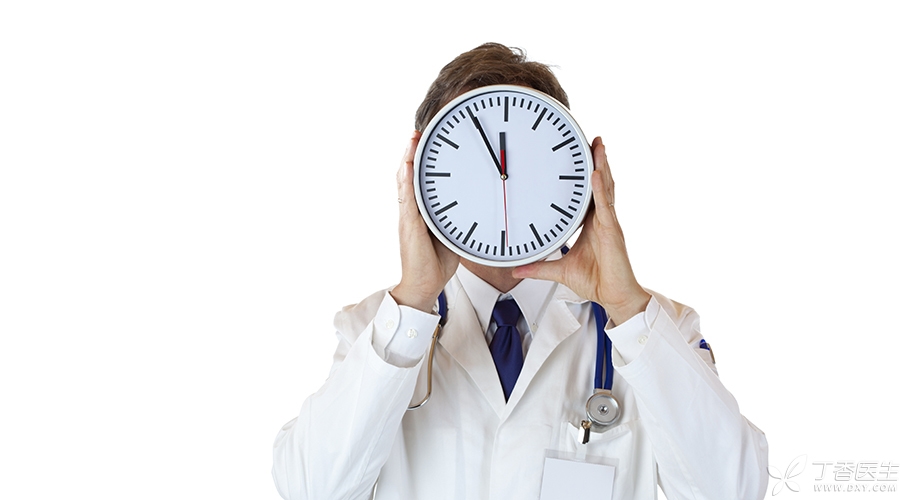 To solve the problem of [shortage of people], we must first provide a bright future.

Medical colleges and universities are blindly expanding in scale, It is not a sufficient and necessary condition to solve the shortage of manpower in the medical industry and solve various problems in the medical industry. Colleges and universities are expanding enrollment. However, the quality of students and the training effect will drop again and again, which will only aggravate the existing problems in the current medical industry. The students who cannot keep pace with the pace and the graduates whose clinical skills are not firm constitute the main group of people who take the examination [take the defeat and take the battle]. Most of them work without certificates in primary medical institutions, restricting the improvement of primary medical level.

All-round promotion of standardized training of resident doctors can solve the level problem of the medical industry. However, if the cost of medical education is not handled well, it will only scare away young people who are interested in practicing medicine and aggravate the shortage of manpower in the medical industry. Although ambition is very important, treatment is the first choice for candidates to conduct in-depth investigation of an industry.

Medical disputes often turn into medical injuries and killings. Due to improper handling of medical disputes, medical personnel will eventually strike and refuse medical treatment to confront each other. Such a practice environment and the social image thus formed will obviously keep talents at a respectful distance.

Noble social status is certainly a condition for people to choose jobs, but please review the chart at the beginning. In the past ten years, there have been two big and one small and three low troughs in the growth rate of health technicians. The first low trough is the deepest of the three low troughs, which occurred in 2003. And [SARS] made this year the year with the highest social status of medical personnel in the past 30 years.

SARS exposes the high risk of practicing medicine, Let a large number of graduates change professions. The second trough occurred in 2006. The 2003 [SARS] not only made the graduates of that year give up taking various qualification examinations, It also scared off new candidates. The decline in the number of graduates of three-year short-term majors created a small trough this year. Graduations of five-year majors enrolled in 2008 and 2003 once again created a trough in the growth rate of health technicians.

The society cannot guarantee the occurrence of risks such as SARS, but it can provide a safe environment for medical workers to practice medicine through system construction. Safety, first of all, is the guarantee that talents will not withdraw from the lofty cause of medicine.

In those days, Joining in medicine is the common expectation of social elites with different views on their children. It is a common choice for young talents from both elite and civilian backgrounds. A doctor who took the college entrance examination in the late 1980s told his career choice like this: [College Entrance Examination, No.1 Middle School in the county, is the ideal of all teachers and students to impact Tsinghua of Peking University. He is the second runner-up, and the teacher said that he should study medicine if he is so smart.] Nowadays, talents are more willing to invest in finance and IT, leaving few or even fewer first-class talents for medicine.

When the number of people in an industry is only increasing while the level of talents is declining, can the industry still give the expected service standard to the society? When the whole society is dissatisfied with the decline in the standard of this industry, those who are willing to join it will only be more deterred, and the repeated destruction of this industry will inevitably occur.