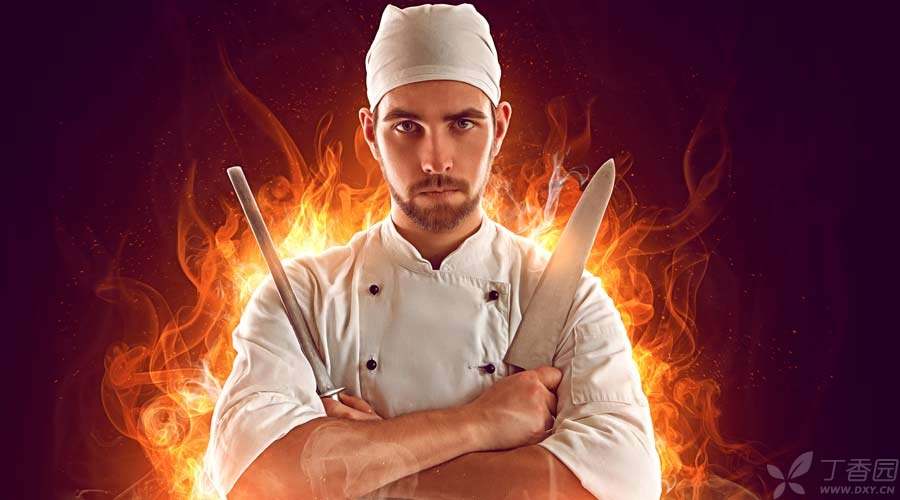 Recently, I posted a lunch photo on my microblog, in which there was a bowl of medlar water. Some people asked, “won’t you get angry if you eat too much medlar?”

I told her about the nutritional characteristics of medlar. For example, medlar contains some atropine-like excitant substances, and more sugar may also cause discomfort… Finally, I said to her: “This still varies from person to person. For healthy people, eating about 20 g of medlar a day is not harmful”.

I deliberately did not start to talk about the concept of “excessive internal heat” from beginning to end, because the concept is really vague and cannot be explained. It is wrong to explain it.

As a nutritionist, people often ask me if people will get angry after eating certain foods. I believe that the phenomena they experience are often objective (such as acne and oral ulcer after eating hot pot dinner). However, if you want to further obtain reliable cognition to guide your life, you cannot accept the traditional saying without thinking.

The ancients had no instruments to detect the composition of food and no rigorous statistical methods to determine the causal relationship, so they had to explain many phenomena in general terms by [excessive internal heat]. However, if it is so simple, the reaction between food and human body can be completely summarized into a univariate function: 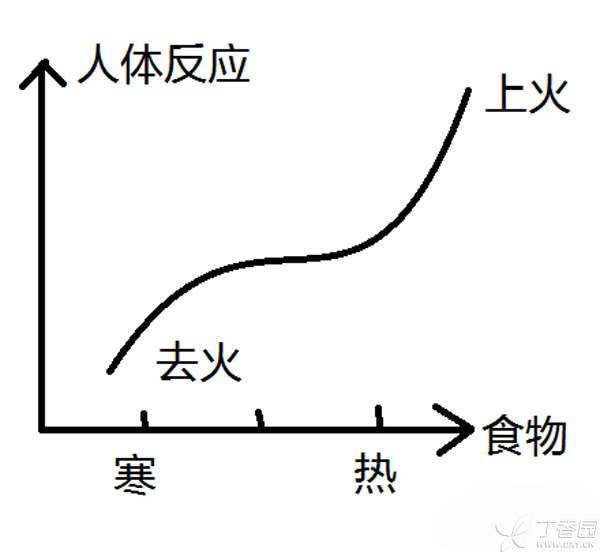 In fact, we know that the ingredients of food are very different, and the simple definition of “warm, cold and cool” must be limited. The symptoms on people’s bodies are even more multifarious. If one thinks that acne on the face and hemorrhoids on the buttocks are all considered excessive internal heat, and all can be cured by eating [fire-removing] food, it is really hard to convince the public.

You know, most of the time people feel that eating [fire-removing] food is effective, probably because this [excessive internal heat] symptom is self-limited and it is also good not to eat it.

Moreover, the reason why the concept of “people will get angry when eating hot food” is widely circulated lies in the fact that the proposition cannot be falsified logically. Through continuous modification and even circular demonstration of the concepts of “heat” and “excessive internal heat”, we can never assume a situation that can verify that the theory is wrong.

However, it doesn’t matter, we will skip this concept today and directly analyze various so-called “excessive internal heat” phenomena to see some ordinary and not extensive and profound answers.

There are differences in [excessive internal heat]

1. If you drink less water, you will feel angry and your urine is very yellow.

This is the body telling you to drink water.

In detail, the body is short of water due to various factors, which leads to an increase in the osmotic pressure of body fluid crystals, and receptors send signals back to the center to produce a thirsty feeling.

The most common thing is that seafood is not fresh. By the way, there is no scientific basis for what to fast [hair] when there is a wound. For people who are not allergic to such food, it is good to eat more hygienic high protein food after surgery.

4. When eating pizza, melon seeds will blister immediately in their mouth.

This kind of roasted food is often too dry and salty. On the one hand, it is too rough and scratches oral mucosa. On the other hand, it forms local high osmotic pressure dehydration and causes inflammation.

5. Eating fast food often is easy to cause oral ulcer.

The etiology of oral ulcer is relatively complicated, but at present it is believed that when you eat fast food frequently, it is also the time when your immunity decreases under great work pressure. At this time, it is fundamental to take more rest to improve your immunity.

In addition, refined cereals in fast food have more sugar, which is easy to cause vitamin B2 deficiency and further stomatitis. The vesicles on the lateral edge of the lips are herpes simplex virus infection, which can be applied with acyclovir and other antiviral ointment under the guidance of doctors.

People who have big fish and big meat all day often eat less vegetables and fruits. Vitamin C deficiency will cause problems in collagen synthesis and cause bleeding of gums and mucosa.

In addition, some meat and fruits (such as litchi) are easy to plug teeth, and the residue causes bacteria to breed and cause inflammation. The development of gingival inflammation may cause gingival bleeding.

The scientific name of acne is acne. At present, there is very clear evidence that hyperglycemic load diet will aggravate acne. The mechanism may be that male hormone level is positively correlated with blood sugar level, and sebum secretion is regulated by male hormone.

Therefore, friends with acne may wish to think about whether they have eaten too many sweet drinks, ice cream and cakes recently.

Chocolate contains theobromine and xanthine alkaloids, which can raise hypertension. However, the blood vessel wall in nasal cavity is often fragile, and some sensitive people, especially children, need to be cautious.

In addition, friends who are very prone to nosebleeds suggest going to otolaryngology for an examination.

9. Eat too much meat and feel dry, hot and thirsty.

When protein is digested, absorbed and metabolized, a large amount of water will be consumed. At the same time, a high-protein diet will increase the heat dissipation of the body, which is called “food thermal effect” in nutrition.

Moreover, it is generally recommended to eat 50-75g of livestock and poultry meat per day in a balanced diet, that is, less than 22 ounces, while a plate of mutton hotpot is often 82 ounces. 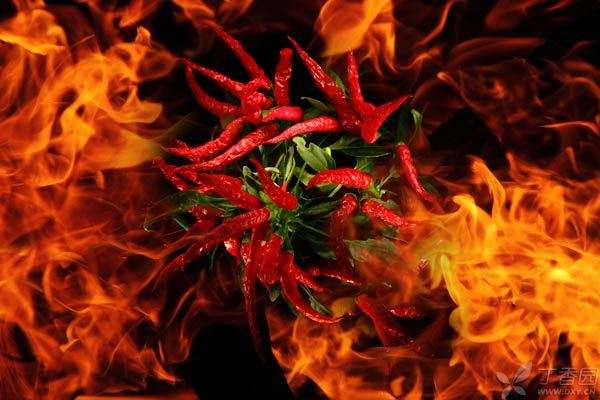 11. Anus cauterization on the second day after eating spicy food?

After capsaicin receptor is activated by capsaicin, it produces pain sensation, even stimulates muscle reaction and increases blood flow rate. Although it is not necessarily a bad thing, sensitive people are still easy to cause discomfort.

12. What’s the matter with the amount of eye excrement?

Adult eye excrement is often a typical manifestation of infectious conjunctivitis. If it is serious, you should seek medical treatment in time. In prevention, you should pay attention to washing your hands frequently and not rubbing your eyes at will. Towels should be cleaned and disinfected frequently.

If the baby has too much eye excrement, it may also be congenital nasolacrimal duct blockage or acute dacryocystitis, and should also go to the hospital for diagnosis and treatment.

13. Babies are prone to constipation and diarrhea after taking traditional Chinese medicine.

The first consideration is whether the dietary fiber intake is sufficient. You can eat more green vegetables. Babies who have not yet eaten supplementary foods can consider dietary fiber drugs such as lactulose.

Breast milk is rich in oligosaccharides (soluble dietary fiber), which is also the reason why babies fed formula milk are more likely to suffer from constipation. In addition, no one is recommended to take traditional Chinese medicine [moistening intestines].

To sum up, I suggest you who are afraid of [getting angry]:

It is suggested that you, who are often troubled by [excessive internal heat]:

Don’t carry it hard, go to a doctor for a clear diagnosis!