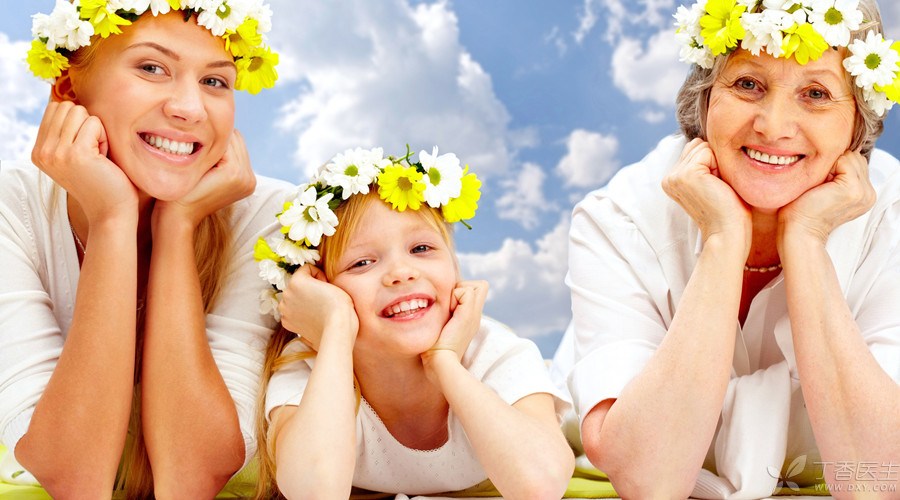 People have said: [Two strange women who have never met before can hug and cry when talking about their mother-in-law. If they can’t finish chatting, it seems that the other is their best friend in the previous life.]

Looking around, in every popular group of mothers, the one who talks most is his mother-in-law. Let’s take a look at the mothers in the group talking about what.

Baoma A: [When the baby was young, Her mother-in-law was afraid that he would not digest well Always chew the food before feeding it. But doing so will not only infect bacteria, It will also affect the baby’s chewing ability. When the baby is 9 months old, I began to train him to eat by himself. But every time I saw the mess, my mother-in-law would keep saying that the baby could not eat by himself. In fact, the baby can eat independently now, but when I am not at home at work during the day, my mother-in-law still chases after me with a bowl. I am really worried.]

Baoma B: [My mother-in-law began to urinate for the baby when she was less than 1 year old. She told her n times that the child was too young and urinated too early, which could easily cause the baby to rectocele, which could develop into hemorrhoids. But she replied directly to me that my son didn’t wear diapers in those days, which was a waste of money. I was speechless on the spot…]

This was the way I used to raise my son. Now my son is not healthy either. There is nothing wrong with him.

In the face of such remarks, Baopa has the most say. Once Baopa told me this:

I still remember when I was a child, my mother told me not to be greedy for cold in summer. The high temperature of over 30 degrees in summer made me wear trousers and long sleeves to school. It almost didn’t kill me.

Therefore, mothers-in-law, you think that the correct parenting method may not make the babies feel better.

So, what should mothers do?

First of all, you must stand firm!

Since you are the first guardian of the child, there is no doubt that the mother-in-law, mother-in-law or seven elder sisters and eight elder aunts have the right to speak after you.Therefore, when you encounter problems of principle, you should be firm in your stand and ideas, resolutely uncompromising and stick to it.

For example, when the child is just 6 months old, At the beginning of contact with complementary foods, If the mother-in-law wants to add salt to the child’s food for fear that the child will not have the strength, You must boldly, clearly and firmly tell your mother-in-law: Babies under one year old need to eat authentic food, and their kidneys cannot afford to eat salt too early. You can even dig out scientific research or expert arguments to prove this statement. Even if your mother-in-law cannot accept it at first, as long as you are firm, she will accept it imperceptibly in her heart. 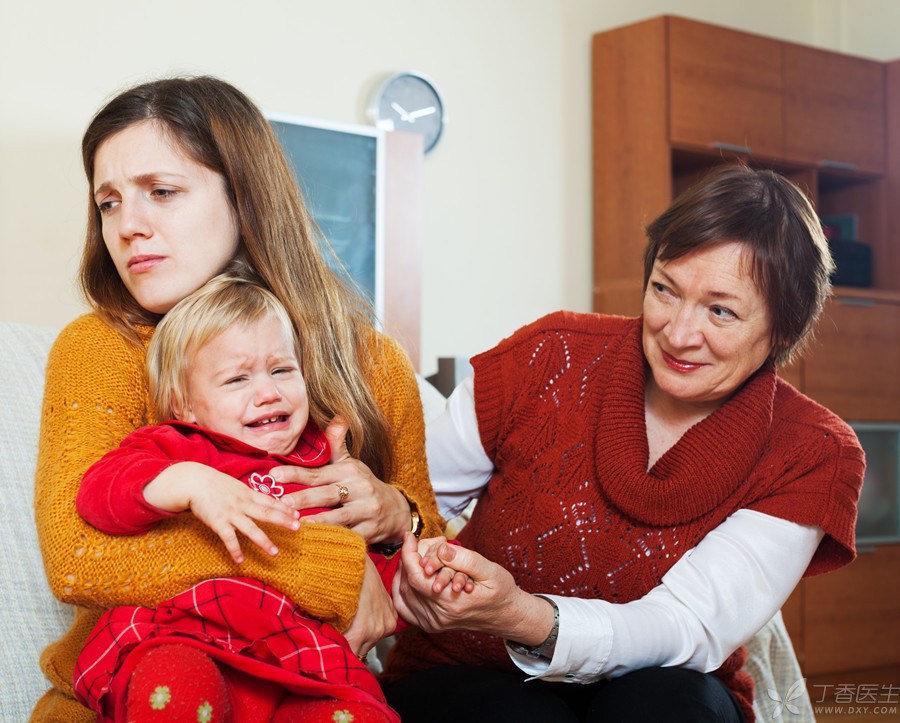 Establish authority and maintain the leading position of child-rearing.

I used to let my child take his bib and sit in the baby’s dining chair when he was 1.5 years old. My mother-in-law couldn’t understand at first. What if the child was so young and hungry? And every meal will make the ground very dirty. But I clearly feel that my child has a heart for snacks. So I said to my mother-in-law, “I will clean up the ground, but I am willing to give the child the chance to eat.” And the tone of my voice was quite firm. As a result, within 3 months, my child has become a famous “super-dining” child in the community.

Many mothers and mothers came here for fame, Think I am really too good, For such a big problem as eating, How can it be so simple in our house? That time, My mother-in-law really thinks that I really have a set of [Chinese and Western parenting concepts]. It takes what 2 hours to feed a meal, The house was full of children to feed, such things have never happened in my family. Later, my mother-in-law gradually became what’s love to ask me everything and respect my opinions. She also praised me every time people met. My daughter-in-law is smart, has an international mind, has a set of child-rearing, and can’t refuse to accept it! Ha, ha, ha, ha! ]

Husband is mother-in-law’s favorite. Therefore, For some problems that are difficult to speak directly to her mother-in-law-such as asking her mother-in-law not to feed her chewed food to her children, Because it is easy to cause diarrhea in children-mothers can talk their anxieties and worries to their husbands, Let your husband communicate with your mother-in-law. For example, if your mother-in-law hears her son tell her that her colleague’s child often eats food chewed by the elderly, which leads to acute diarrhea and dehydration so severe that she almost issues a notice of critical illness, then her mother-in-law will immediately realize the seriousness of the problem. 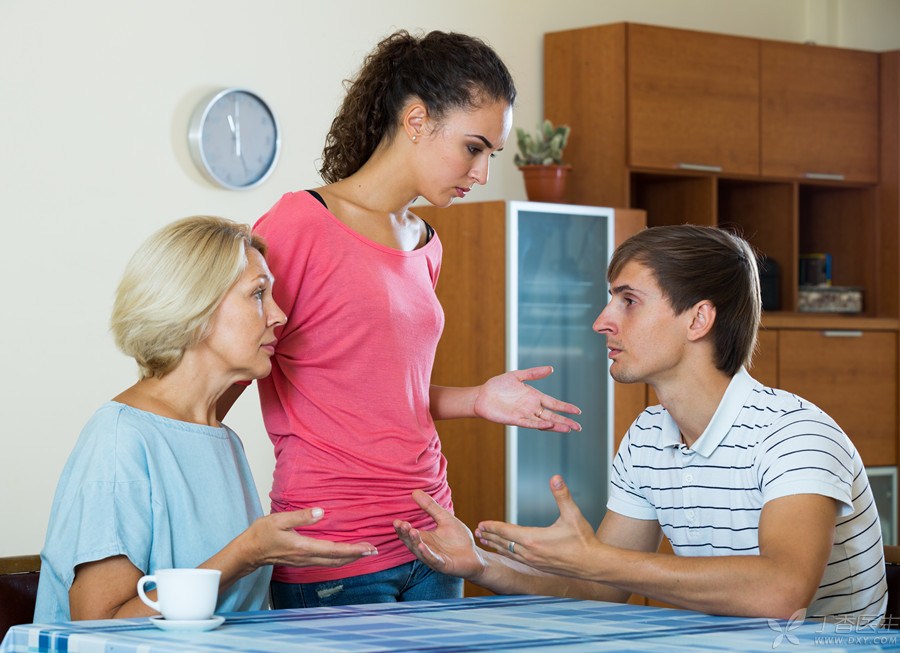 With the help of authoritative experts

With the help of the power of the network [vicious events]

On one occasion, my son said he was thirsty, and my mother-in-law immediately said, “Give the children some drinks. I think many children in the community drink this, and children like to drink this kind of thing.” My heart immediately reached my throat and almost said directly, “Mom, are you crazy?” How can this drink be given to children? Children don’t understand, think the beverage is sweet and delicious, but don’t you know that most beverages on the market contain various additives and preservatives? ] But I hesitated for three seconds, Without blurting it out, But to keep calm and tell my mother-in-law: [A few days ago, the news also reported that there was a 5-year-old child with leukemia. As a result, the public opinion on the Internet turned to one side because the child’s grandmother bought all kinds of drinks for the child from an early age without any bottom line. The news was known to the child’s grandmother, who could not bear such a double blow and finally committed suicide.] 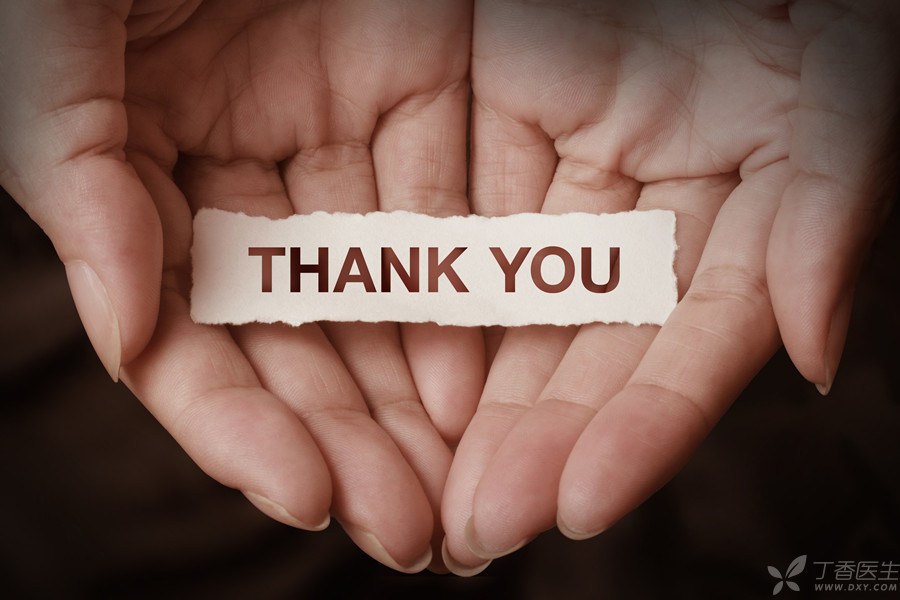 Learn to think from another’s perspective and always keep a grateful heart.

Spit out too much, It is inevitable that we will go into the ranks of [spurts]. Our generation, They are all educated, So, if your mother-in-law is just a little different from you in concept, You can’t help trying to think differently. As long as her starting point is good, Don’t pay too much attention to some unnecessary small details. After all, They are already old and their physical strength cannot be compared with ours. If you have had the experience of taking care of a baby alone, you will know that the physical strength consumption is very great at the end of the day. However, they are willing to use all the years that should have enjoyed the leisure time of retirement to help you take care of the baby. No one but their parents will give you this kindness free of charge.

A mother-in-law told me, She herself did not know whether what she was doing would satisfy her daughter-in-law. Sometimes I worry about whether my daughter-in-law can take good care of her children. For example, whether she will freeze her children at night or not. I used to be at work or in my hometown, I feel that there are still many things to do, many friends, interaction and communication, and now I am basically at home. Watching TV is almost the only entertainment. She knows that watching TV has a bad influence on children, but besides that, she also doesn’t know that she can do what to pass the time.

Although many old people are old, Still willing to leave their hometown, to children’s home to help children with children, so that children can put more energy on their career. In fact, they also have their worries, their troubles, their worries. Therefore, as long as they are sincere to help us with children, then, why not hold a grateful heart, try to communicate more, try to care less.

Just as I once saw some mothers complaining that their mother-in-law’s parenting ideas were too conservative, one mother left a message below saying, “Be satisfied!” My baby is now 15 months old, and I have been taking it by myself since the first day of birth. You have no idea how bitter and difficult it is for a person. Even if I have a fever and need salt water, I have to carry my baby with me! Even if you go to the toilet, you have to go with your baby in your arms. There is not even a minute to empty. If you have a mother-in-law who is willing to help you share the responsibility of taking care of the children, you should learn to be grateful.]

Therefore, in dealing with the difference in the views of mother-in-law and daughter-in-law on child-rearing, we should not only stick to our stand and establish our authority, but also think from another perspective and maintain our gratitude. At the same time, we should remember to move reinforcements-husbands-at the critical moment.

Now that you have got these skills, are you more comfortable in dealing with the differences in parenting views between mother-in-law and daughter-in-law?