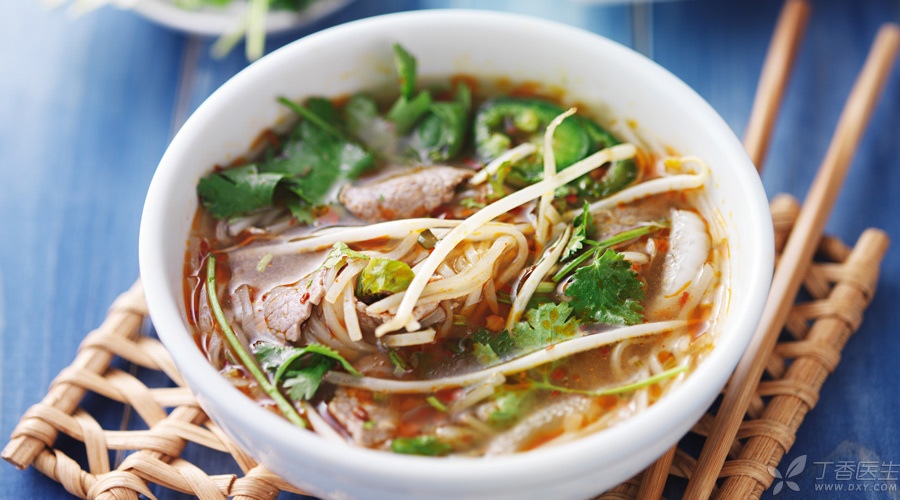 This statement is very common and even gives rise to an allusion:

Someone ate noodles (or other pasta) in a noodle shop and left without soup. The shop kept the soup.

After a period of time, the noodle eater found the store again due to severe abdominal pain.

At that time, the store brought the bowl of preserved soup and let the diner with abdominal pain drink it, which immediately solved the problem of abdominal pain.

The store owner explained that what diners with abdominal pain drank was the soup from which the original bowl of noodles was cooked, and the [original food] had to be melted with the [original soup].

However, is this statement reliable? Listen to Dr. Clove and tell you slowly.

Just listen, if you are serious, you will lose.

This kind of folk legend, let’s just listen to it, as a talk after dinner, or as a [seasoning] for people who like noodle soup, is not as bad as what.

However, some people have to use [scientific principles] to explain [folk wisdom], to make [original soup] fantastic, and to find a series of [scientific basis].

These people have provided three explanations for the statement that the original soup turns into the original food:

However, these three reasons seem to be reasonable, but none of them can explain [the original soup turns into the original food].

In the legendary story, [original soup] refers to the pot of soup that cooks the bowl of noodles. The legendary people must also come back to drink the bowl of soup. At the time of the story, there was probably no refrigerator, and the noodle soup had been put on for such a long time, and it was likely to have turned sour.

And the store must keep the bowl of soup, indicating that another pot of soup cannot [melt] the bowl of noodles.

The [expert] explanation is based on the ingredients in the noodle soup, so no matter which pan of noodles, the ingredients dissolved in the water are also those [digestive].

According to this explanation, as long as it is noodle soup, there is no need to use the bowl of [original soup] that may turn sour. Therefore, the diner with abdominal pain does not have to go back to the original store and can find a bowl of noodle soup at any one store to save the emergency. 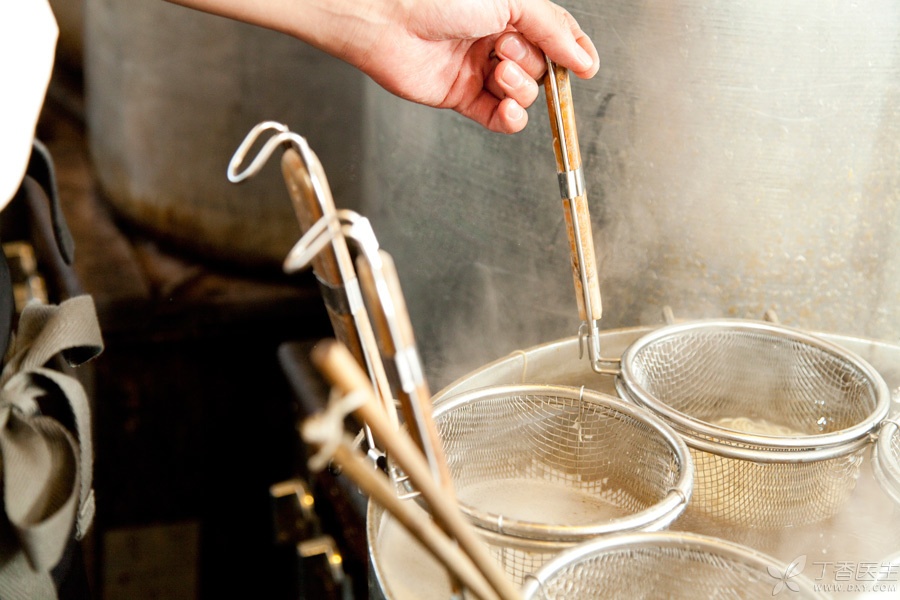 If we understand [original soup] as [noodle soup] according to experts, can we really [help digestion]?

It’s not that simple!

Let’s look at it one by one.

Dextrin is the product of partial hydrolysis of starch in flour. Generally speaking, the production of dextrin requires the participation of amylase or high temperature heating under dry conditions, which is far from the conditions when noodles are cooked at ordinary times.

Therefore, even if dextrin can be produced in the process of cooking noodles, its amount will be very small.

Therefore, it is unreliable to expect dextrin to help digestion.

To solve the problem of indigestion, the digestive enzyme needed should be amylase, which is not contained in flour.

To take a step back, even if there are such enzymes in flour, they are not resistant to high temperature, will lose their activity in the process of cooking flour, and will no longer have digestion ability.

To take a step back, if there are such enzymes in the noodle soup, they do not need to be in the belly to start work, but can play a role in the pot or bowl-noodles or dumplings cooked in the soup will become a pot of paste.

It is said that there are [digestive enzymes] in noodle soup, which are actually [joke enzymes] that catalyze the production of jokes.

B vitamins are indeed water-soluble, and some of them will dissolve into water during the cooking of noodles.

Some of the physiological functions of B vitamins are related to energy metabolism, and carbohydrates including starch are also part of them. However, the so-called function required for [melting raw food] is to digest starch in the stomach and intestines. This function is too different from the ability of B vitamins to help metabolism. It is far-fetched to insist on linking the two.

More importantly, the B vitamins in flour are also very limited. Even the most abundant vitamin B1, 100g flour can only provide about 8% of the human body’s daily demand.

Considering that only a part of the soup is dissolved and the soup drunk is only a small part of all the soups, it is not difficult to understand that the B vitamins drunk through noodle soup are only a small amount. It is wishful thinking to rely on them to [help digest].

Drink as much as you like, and I speak for myself.

Here, we say that [the original soup turns into the original food] is just a folklore, which does not conform to scientific facts. It is only out of respect for science and facts, and it is not to ask everyone not to drink noodle soup.

Noodle soup itself is not as bad as what.

Compared with water, it also contains some starch and vitamins. Although the content is very small, it is also [better than nothing]. Drinking noodle soup after eating noodles will more or less recycle some nutrients, which can be regarded as reducing food waste.

If you don’t like drinking, there is absolutely no need to force yourself because of the legend of [changing the original food].