Tattoos are also called tattoos. As a kind of art, it evolved from ancient totem worship. In ancient times, there was a record of tattoo ethnic groups in the Records of Foreign Bodies. Lu Zhishen was also a representative figure of Zhuang Han tattoos in the Water Margin. Aborigines in many parts of the world had a tradition of tattooing faces.

According to incomplete statistics, at least 100 million people worldwide have had tattoo behavior.

What is also amazing is that almost half of the people regret their tattoo decision and hope to remove the tattoo.

Pain that had to be washed away

Nowadays, [gang members] are rare. Among the people who want to wash their tattoos, young people make up the majority. Some are dominated by impulse when deciding on tattoos, some need to be washed out due to certain restrictions on entering a higher school and finding a job, some want to be washed out due to emotional changes, and some are really poorly written…

Therefore, the tattoo decision should be considered twice before acting.

Here we mean [washing] as a result rather than a process. We used to think that surgical resection is the most thorough method. Regardless of tattoos with too large an area, the scar after surgery is also very annoying.

Others, such as epidermis grinding and silk brush skin grinding, have already got up when listening to goose bumps all over their bodies.

However, now there is a new choice, laser tattoo removal.

Laser tattoo removal is not as simple as imagined.

1. How can laser get tattoos?

This starts with the tattoo pigment, which is the pigment substance implanted into the skin when using the tattoo machine to tattoo. It is not real ink.

Some tattoo makers prepare their own pigments and produce colored products. Many tattoo pigments are made of metal salts, such as green or blue pigments, which may be copper salts and chromium aluminide. Many pigments are considered very safe, for example, black is mostly made of carbon, iron oxide and hematoxylin. Zinc and titanium can be used to make white pigments, etc.

When a pigment particle of a certain color absorbs most of the light energy, it will [burst] and rush out of the cells that wrap it, forming smaller fragments, which will fall off through the skin surface or be engulfed by phagocytes and expelled from the body by lymphoid tissue.

Therefore, the effect of removing tattoos can be achieved by selecting laser with different wavelengths for tattoo pigments of different colors. 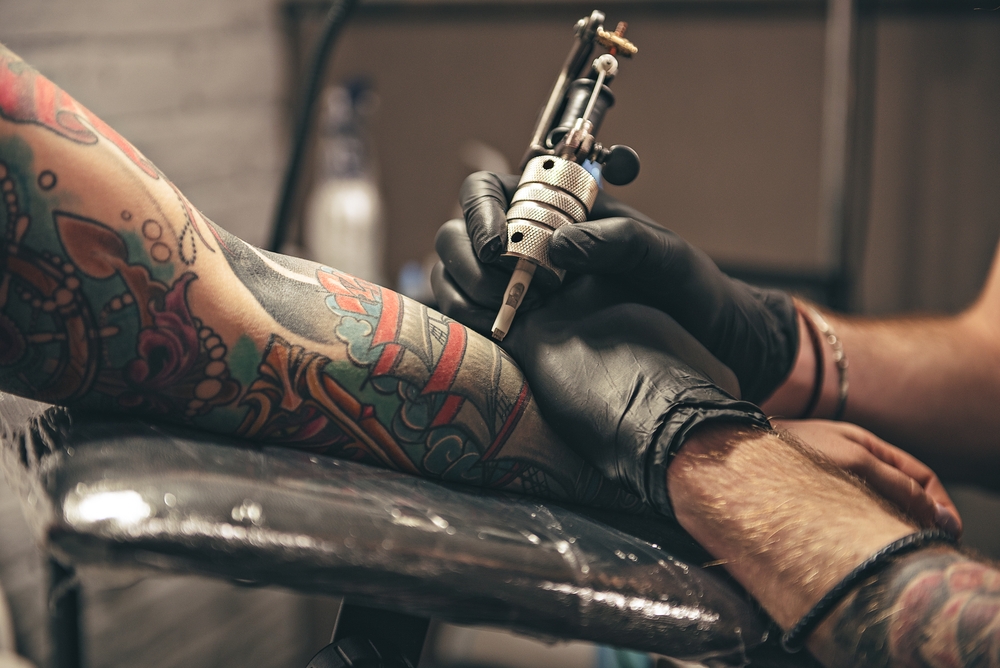 2. The theory is very good, but the effect may not be good.

Theoretically, pigment particles can gradually fade, lighten or spread to surrounding tissues after 2-6 times of treatment, with a color elimination rate of more than 70% to 80%, but skin texture may change to some extent according to different laser types used.

However, the effect is not so [idealized], With the gradual expansion of the tattoo market, the traditional tattoo pigment has been added with pigment doped by many tattoo artists. No one can say for sure why the pigment particles are mixed. Therefore, the laser wavelengths corresponding to different tattoo colors known to us in the past sometimes [fail] during treatment, which is inconsistent with the expected effect.

Therefore, it is very necessary to have a correct psychological expectation before washing the tattoo. If the pigment is mixed with other substances, the pigment is located too deep in the skin, the laser wavelength is not selected properly, and the operator is inexperienced … all of these may cause the washed tattoo to be better than not washed.

When tattooing, try to avoid factors that may affect tattoo washing. You may think [funny, Since I have written it, I don’t want to wash it], Don’t say it too early, There is always one thousand in life. For this [one thousand], Avoid red, yellow, green tattoos, Avoid professional tattoo, professional tattoo pigment particles are large, difficult to explode, and contain mechanical metal dyes. Choose reliable tattoo washing mechanism to choose laser equipment to choose a large space mechanism to wash tattoo, laser equipment types, which means that for different pigments, wavelength selection space is large. First small area test treatment twice, such as effective and then large area treatment.

Possible side effects of tattoo washing

During treatment, especially when black pigment is removed, melanocytes of the skin may also be damaged, thus hypopigmentation of the skin may occur, and some lasers may affect the skin texture and produce similar slight scars. Other short-term side effects such as pain, erythema, edema, hemorrhage, infection, etc.

Therefore, we must seriously consider and think twice before tattooing. The same is true for tattoo washing. If necessary, please go to a formal organization for detailed consultation and evaluation before making a decision.