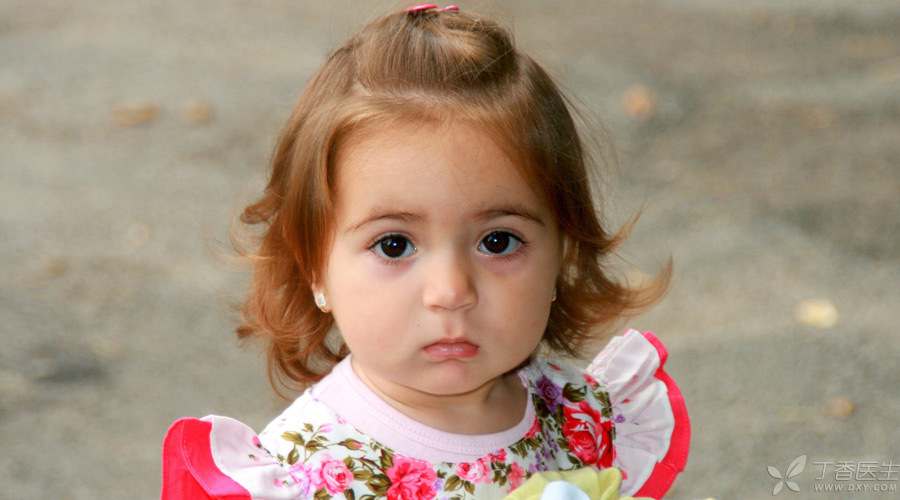 There is a word in English called “terribly two”, which literally translates into “terrible two years old”.

This means that when our lovely babies reach the age of two, they often give parents a headache. For example, what has to come by himself. He especially likes to say [No]. He has many ideas and always goes against the parents’ ideas.

Most importantly, when the child’s will is inconsistent with the parents’ will, the child often becomes very excited, either stubborn or emotional collapse.

As a result, many parents’ emotions also collapsed.

Psychologically, this period is called [the first resistance period], which is normal and very important.

Refuse to rely on, because grow up!

Under the meticulous care of parents, the baby experienced rapid development and growth in the first year.

By the time he is two years old, the child has been able to walk and grasp as he wishes skillfully and express his thoughts in simple words.

This shows that children have the ability to expand their exploration scope [at will], to go further and higher places, to meet more people, to use more communication methods, and to express their wishes more fully.

At this stage, children’s resistance is ostensibly a confrontation with their parents, but it is actually the development of children’s self-awareness and a process of differentiation, distinction and acceptance.

Differentiation in the process of gradual separation from the mother, the child’s self-consciousness has the concept of [I]; Distinguishing children will understand that they want to drink water, which is very different from the water their mother told them to drink, and the water they pour voluntarily is different from the water their mother pours them. When you are hungry, you do not have food [by thought], you need to do it yourself. When one’s beloved toy is broken, the reality does not make the toy recover as one longs for. When I miss my mother, Mother may not be able to appear in front of her immediately. Accepting all the above situations, It will make the baby realize that his [wish] and [reality] are two different things. After the child accepts this fact, he will find ways to resist these realities, hoping to gain a sense of autonomy and achievement, which is even more urgent than satisfying the demand itself (such as drinking water).

Children’s self-awareness needs a lot of such practical experience to gradually develop.

From [Regardless of You and Me] to [Self-reliance]

In particular, the mother’s keen perception and response to the baby’s physiological needs and emotional changes make the baby more dependent on the mother. During this period, the baby is very happy to play various games in the arms of the mother.

At this time, when babies have physical and emotional needs, they are often satisfied quickly, which is very important for babies to form [trust] and [hope] qualities. 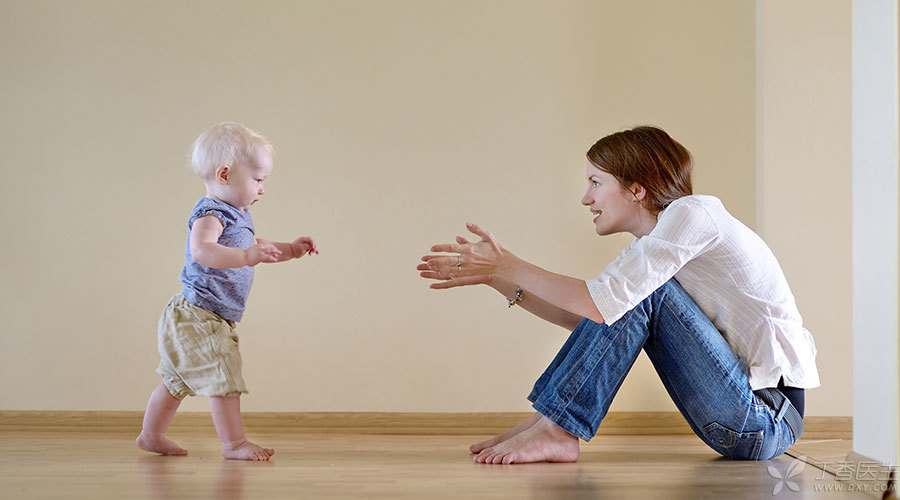 After that, the baby needs to gradually separate from this state of being [regardless of you and me], realize that he and his mother are two independent people, and gradually regard his mother as a [safe haven].

It is not normal that there is no rebellion.

On the contrary, if the child has no resistance around the age of two, there may be some problems. 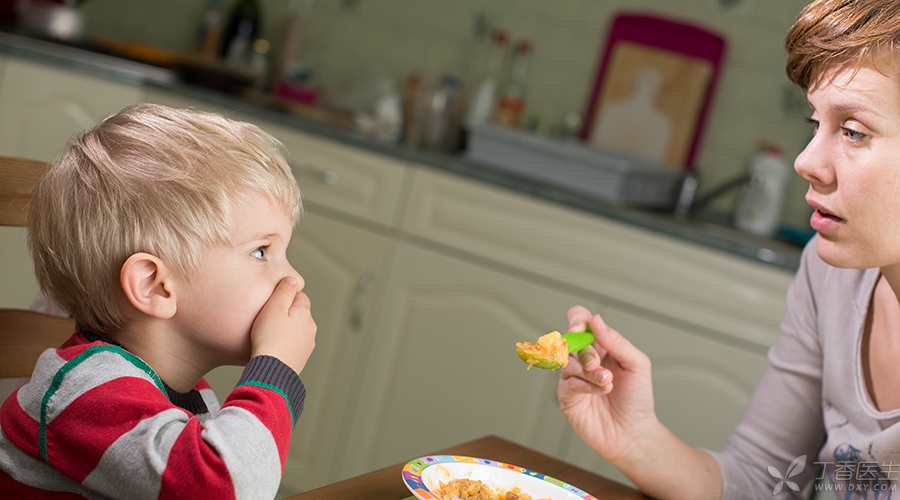 Before the baby was born, the mother’s uterus is the baby’s living space. The uterus is both protected and restricted, and grows moderately with the growth of the fetus. The fetus will occasionally have [confrontation] with the uterus, but the uterus wall is very elastic to dissolve, that is, it has not been broken through, nor has it returned fire, warm and elastic.

After the baby is born, the mother also needs to provide a virtual living space similar to the uterus for the baby’s psychological development.

Parents can help their children through the first resistance period, gain a sense of autonomy, and overcome shame and doubts through the following three basic principles:

Give children a space suitable for their current abilities; Let children find ways to satisfy their wishes under safe conditions. Cultivate children’s sense of self-control and autonomy.

The boundary of this space needs to be clear and stable so that children can easily adapt to it voluntarily. It also needs warmth and flexibility to reduce the sense of shame and frustration when children confront this border.

Parents need to give their children enough space to fully practice various abilities, experience the sense of autonomy, self-control and achievement, so as to accumulate enough self-ability and psychological resources to survive the frustration experienced during the confrontation with the border, and learn to cope with and accept the reality.

The setting of the boundary needs to consider several points:

The setting of the child’s current ability boundary, It is necessary to give children the opportunity to develop exercise, It is also necessary to make it easier for children to succeed without serious physical injury. Take children pouring water as an example. You can initially allow yourself to pour cold water out of plastic cups, After being more skilled, you can allow to use glasses. Or pour hot water. As the child grows up, Parents should make continuous adjustments to the [boundary setting]. Parents can accept that the parents are still the heads of the family. You need to make yourself comfortable, Only in this way can we be able to take good care of the children. There is enough emotional space to accept children’s confrontational behaviors. At the same time, This is also the process of teaching children to respect their parents and learn to compromise. In the specific operation, Parents need to be more flexible and creative in coming up with boundary settings that balance their needs with their children’s needs as much as possible. For example, Children wear their own clothes more slowly, Parents can only allow and encourage their children to wear them when there is enough time. For example, It is easy for children to spill when eating by themselves, Parents who mind more can ask their children: if they choose to eat by themselves, they must wear a good smock, sit in the dining chair and eat, and pad a large piece of paper under the dining chair. The society can accept that children will eventually go to society, and two-year-old children will soon go to kindergarten, and the setting of boundaries needs to help children adapt to society.

2. Some Skills to Help Children Develop

In the space allowed by parents, children are encouraged to make their own decisions and do it themselves.

For example, you choose to wear what clothes and wear them yourself.

The space given to children to be independent is presented in a limited way.

Many parents are used to using interrogative sentences to show respect to their children when they do not really want to ask their children’s opinions.

Sincere respect for children means that parents only give their children room for autonomy within the scope that they sincerely accept.

When a child’s confrontational behavior occurs, parents should gently stick to the set boundary like the uterine wall and help the child deal with the negative emotions.

[I know you especially want to wear that dress, but that’s not possible. You can choose from these three.] For example, in this parent’s words to the child, the child will receive three messages:

Parents’ own emotional state is the key to helping their children through this period.

Parents need to avoid being attacked, otherwise they may secretly retaliate against their children, and children are easy to feel ashamed and guilty later because they know that they have hurt their parents.

On the one hand, parents can limit physical attacks by tightly hugging their children; On the other hand, it is necessary to know clearly that children’s words and behaviors are only because their emotions are out of control, and they do not really think so.

This is the so-called “teaching people to fish”.

Gradually teach him how to deal with various situations. The more and more skilled the children are, the more they will gain when they try. There will also be more ways to overcome frustration when confronting the [border] set by parents.

In short, this period is an excellent period to train children’s self-care ability and establish children’s [rule awareness]. Parents’ positive face will lay a solid foundation for children’s future growth.