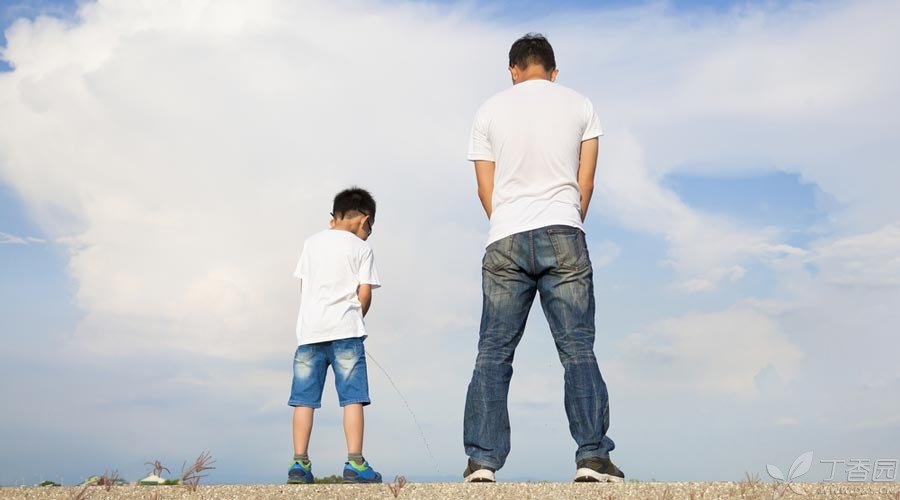 Do you remember the last time you wet your bed when you were a child? Did your parents beat you? Have you been laughed at by the children?

I think the vast majority of people do not remember the distant bedwetting years at all, because many people have stopped bedwetting as long as they can remember. Therefore, what parents are really nervous about is definitely not the bedwetting of too many children, but the feeling that they are still urinating at an age when they should not urinate.

After the mental age of most children reaches 5 years old, they already have bladder control ability during the day and at night.

Is your child still wetting the bed?

However, there are also some children who still cannot control urination after the age of 5.

The medical definition of enuresis is that enuresis refers to the frequent discharge of urine on clothes or bed consciously or unconsciously after reaching the age of bladder control.

According to the diagnostic criteria of the American Manual of Diagnosis and Statistics of Mental Disorders (DSM-IV), children over 5 years old can be diagnosed as enuresis by involuntary urination twice or more times a week at night and lasting for 3 months.

Children who occasionally wet their beds at night due to fatigue or drinking too much water before going to bed are obviously not morbid.

According to statistics, about 16% of 5-year-old children have enuresis, but obviously there are not so many adults, only 0.5% ~ 2%. Without treatment, enuresis is spontaneously relieved by about 15% every year.

So, when you find that your child is already 5 years old and can be diagnosed as enuresis according to the above criteria, do you need treatment? This actually depends on how harmful enuresis is.

Children’s enuresis at night will definitely lead to wet beds. Usually most children still cannot wake up under such conditions. How uncomfortable it should be to sleep in such wet urine nests?

A questionnaire from the Children’s Health Department of Shanghai Children’s Medical Center affiliated to the Medical College of Shanghai Jiaotong University suggests that enuresis children are often scolded, often hurt others, often get sick, have no good friends, are unwilling to help others, do not study hard, and think their parents care less than non-enuresis children.

In view of the above situation, < < consensus of experts on the management of unisymptomatic nocturnal enuresis in Chinese children > > suggests that once enuresis in children is diagnosed, clinicians and parents should not adopt a [wait-and-see] attitude and intervene as soon as possible, such as adjusting parents’ attitudes and children’s lifestyles.

However, active drug therapy is not recommended at the beginning. In fact, there is no evidence-based medical evidence for the best age for enuresis children to start treatment. The view of < < Nelson Pediatrics > > is that children should avoid active treatment before the age of 6.

Parents are the key.

In medicine, not all treatment behaviors should be carried out in hospitals. For example, the key to the basic treatment of enuresis in children lies with parents.

The most important thing is to let parents understand that enuresis at night is not the child’s fault, and put an end to punitive measures so as not to affect the child’s psychology.

Some children with enuresis at night can disappear their symptoms only after adjusting their lifestyle and habits.

When the child does not wet the bed all night to keep the bed dry, appropriate rewards can be given, for example, the girl can reward a small red flower and the boy can reward a five-pointed star.

Speaking of which, we might as well say one more word about enuresis’s gender preference.

Luo Yonghao once directed a movie called “Pony”, in which the hero is actually a patient with enuresis.

In some children, the symptoms of nocturnal enuresis can disappear only after lifestyle adjustment. But for more complicated cases, one has to turn to a doctor.

Finally, it should be pointed out that very few children have not responded to all the treatment measures known so far. They will take this problem through puberty until adulthood (about 1%), just like the hero in the movie “Pony”.

In this case, parents must face the reality and give their children more emotional support. You know, there are some diseases in this world that cannot be cured in any way. Compared with some dangerous situations, bed wetting is not a big problem after all. Didn’t the male owner in the movie finally get the beauty back?

The mentality of rushing to the doctor is absolutely unacceptable (some parents’ mentality is that it is difficult to accept an imperfect child). The medical advertisements filled with various media may make you very excited, but you must keep calm. The exaggerated promises and guarantees have only one purpose-cheating money.

In particular, The enuresis referred to herein refers to unisymptomatic nocturnal enuresis, This is the most common and clearly studied type of urination dysfunction. Some children urinate their pants during the day and even have a series of abnormal symptoms (such as urgent urination, urinary incontinence, delayed urination, etc.), which are usually more complicated than the situations mentioned in the text and must seek help from professional medical institutions.