Ms. Lei is a patient with chronic kidney disease. She found that her blood creatinine reached more than 500 six months ago. Therefore, at the doctor’s suggestion, she was hospitalized in advance and had arteriovenous fistula on her hand. The stitches were removed half a month after the operation.

As a result, Ms. Lei was hospitalized again, underwent a comprehensive physical examination, successfully passed the induction period of hemodialysis, and was discharged a week later. The total cost of the two hospitalizations was about 20,000 yuan.

Mr. Feng is also a patient with chronic kidney disease. Three months ago, he found that his blood creatinine had increased to more than 600. Doctors also advised him to prepare for dialysis in advance. Mr. Feng refused.

Three months later, Mr. Feng felt tired and uncomfortable, Feet and face also swollen up, hurriedly to the hospital, creatinine rose to more than 1000, and there was hyperkalemia, metabolic acidosis, can only be emergency hemodialysis, but Mr feng did not do arteriovenous fistula on the hand in advance. As a result, had to put temporary catheter in femoral vein (thigh root) first, hemodialysis treatment.

It took about a month for Mr Feng’s condition to be brought under control. When his condition was relatively stable, the doctor performed arteriovenous fistula plasty for Mr Feng.

However, it takes 8 ~ 12 weeks to use arteriovenous fistula after operation. As a result, Mr Feng had to place temporary catheter and continue to be hospitalized for dialysis treatment. In the process of waiting for the internal fistula to mature, Mr Feng unfortunately had catheter infection again, so he pulled out the catheter and placed femoral vein catheter on another foot.

Finally, after being hospitalized for more than 3 months, Mr Feng’s internal fistula matured. After trying out several arteriovenous fistulas, Mr Feng, who was hospitalized for as long as 4 months, was finally discharged from the hospital. This time Mr Feng spent a total of about 100,000 yuan, including 2 sets of temporary catheters that were not reimbursed by social security.

What is an arteriovenous fistula?

Arteriovenous fistula is no stranger to patients undergoing long-term maintenance hemodialysis, It’s the passage of life for dialysis patients, It is necessary for doctors to perform a small operation on the patient’s arm to connect the veins and arteries on the arm. This can arterialize the veins, increase blood flow, thicken the blood vessel wall, tolerate repeated puncture, and play an important role in hemodialysis. Arteriovenous fistula needs 8-12 weeks before it can be used maturely after operation.

What about what’s temporary catheter for dialysis?

Some patients need emergency dialysis, but they cannot wait for surgery to mature the internal fistula, so a temporary catheter needs to be placed in the internal jugular vein (side of neck) or femoral vein (place of thigh root) for dialysis.

Temporary catheters are at risk of bleeding, infection and blockage. The longer they are retained, the more likely they are to be infected. It is not as good as the arteriovenous fistula mentioned above. 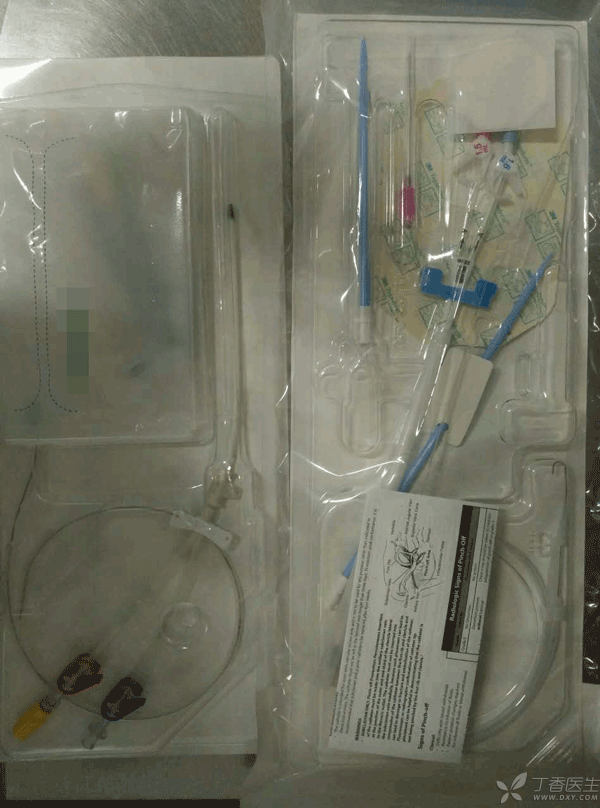 Therefore, for patients with chronic renal insufficiency, it is necessary to prepare for dialysis 3 months to 6 months in advance before entering hemodialysis.

Because in this way, patients can smoothly enter hemodialysis without installing temporary catheters, thus reducing the risk of catheter infection, reducing hospitalization time and saving a large amount of treatment costs.