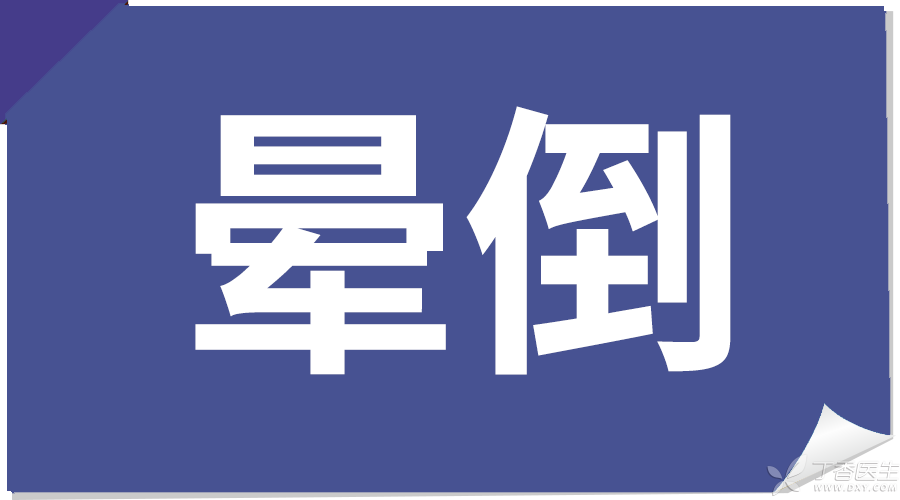 Fainting, often referred to medically as syncope, is usually caused by a brief loss of consciousness. Before fainting, people often feel dizzy, dizzy, nausea, sweating, etc. People who faint may also have cold skin on their hands and feet.

Most people will soon wake up after fainting. However, some people fainted because of serious heart diseases, which need to be sent to hospital for treatment immediately. [1]

What should I do if I faint?

When feeling dizzy, dizzy and fainting:

When you feel that you are going to faint, you should try your best to sit down or lie down to avoid falling injuries caused by fainting. After sitting down or lying down, take a rest to avoid dizziness when you stand up again.

(2) Put your head between your knees

If you are sitting and feel dizzy, you can bury your head between your knees to avoid falling down.

First, check whether the person who fainted has breathing and pulse.

(1) If there is breathing, pulse

Make it lie flat and loosen the belt and tights, and raise both lower limbs as much as possible to ensure the blood supply of important organs such as the brain. If you do not wake up after 1 minute, you should call 120 or send it to the hospital in time.

(2) If there is no breathing, pulse

If the person who faints has obvious trauma and hemorrhage, attention should be paid to stopping bleeding in time. [2]

If the following circumstances occur, special attention should be paid to them and they should go to the hospital: [3]

Fainting occurs for the first time, or fainting occurs repeatedly; Fainting caused injuries; Anemia, diabetes, heart disease patients, or pregnant women faint; Before losing consciousness, there are symptoms such as chest tightness, arrhythmia or severe heartbeat. Incontinence of urine and feces; The loss of consciousness lasts for several minutes or more.

How to prevent fainting?

[Benign] fainting only needs to pay attention to the details of life.

Standing for a long time will cause redistribution of blood throughout the body. Sudden standing up may lead to instantaneous hypotension (postural hypotension), which will cause insufficient blood supply to the brain and lead to fainting.

Exercise or heat may lead to water loss in the body. Attention should be paid to drinking more water during exercise or in hot weather.

Middle-aged and elderly people should pay attention to physical examination, find potential heart diseases, etc., treat and prevent them as soon as possible, and avoid serious injuries caused by fainting.