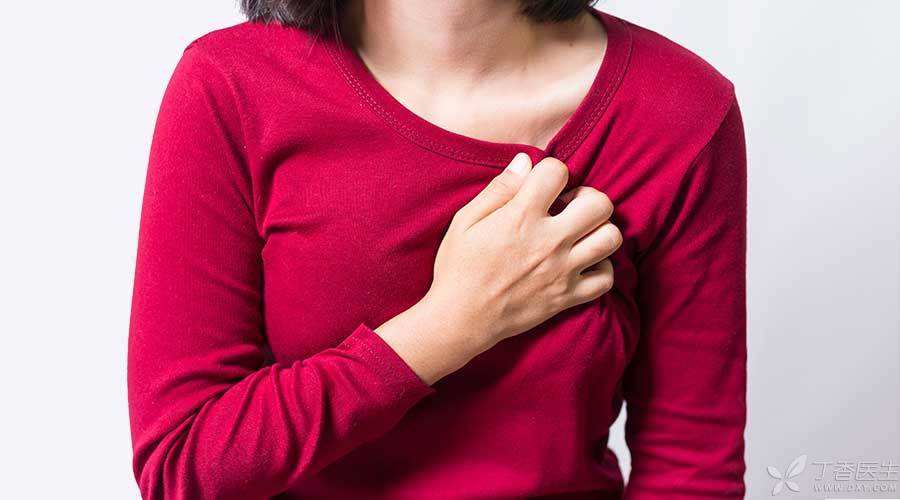 We often see pictures of men suffering from heart attacks in TV plays: suddenly froze, cover their chests, then fall to the ground and be sent to the hospital. It gives people a feeling that men are more likely to suffer from myocardial infarction and angina pectoris and need to pay attention to heart health.

In fact, women also suffer from myocardial infarction and angina pectoris, but it is slightly different from men, that is, when women attack, their performance is not as typical as that of men.

Female myocardial infarction is more likely to be delayed,

Everyone knows that chest pain occurs when a heart attack occurs. There is a saying abroad to describe this feeling, which is called [like an elephant sitting on his chest]. Women may also feel this kind of feeling when they have an attack, but there are also many other feelings in women, such as shortness of breath, stomachache, vertigo, or extreme weakness, which are not easily associated with heart attack.

Although the symptoms are atypical, the risks are equally high. After a woman’s myocardial infarction, if it is not handled in time, the consequences can be fatal.

When women suffer from myocardial infarction, they are more likely to regard it as a less life-threatening condition, such as colds and stomach diseases. One reason is that the symptoms are atypical, and the other reason is that women often give a lot to their families and do not attach much importance to their health.

In the hospital, from time to time see such middle-aged women: because of stomachache to see a doctor, in front of gastroscope routine electrocardiogram examination, found that [stomachache] is actually acute myocardial infarction, and then emergency surgery. In the doctor stressed that the disease is very dangerous, need emergency treatment, family and patients have not reacted to come over what is going on.

How is myocardial infarction return a responsibility

We hope everyone can understand what myocardial infarction is, and in case they or their families encounter this kind of situation, they can help doctors make decisions as soon as possible.

Why are cardiac vessels blocked?

Many people regard aspirin as a health product and think it can protect the heart, which is wrong. It is true that aspirin has the effect of preventing thrombosis, but it also increases the risk of bleeding.

Originally very healthy people, because they have nothing to take aspirin to [preserve their health], as a result, there are not a few patients who eat gastric hemorrhage.

When prescribing medicine, doctors will measure the risks according to the specific situation of the patient in front of them. The indicators are also relatively complicated. Fortunately, everyone does not need to master them. Simply put, it is:

There are also some friends who see how much aspirin to chew and take when chest pain occurs more. Dr. Clove reminds: It is more important to make emergency calls than to take aspirin. If the doctor has not explained to take aspirin for chest pain, don’t eat it yourself, so as not to affect the subsequent emergency treatment.

I hope everyone takes good care of their hearts!