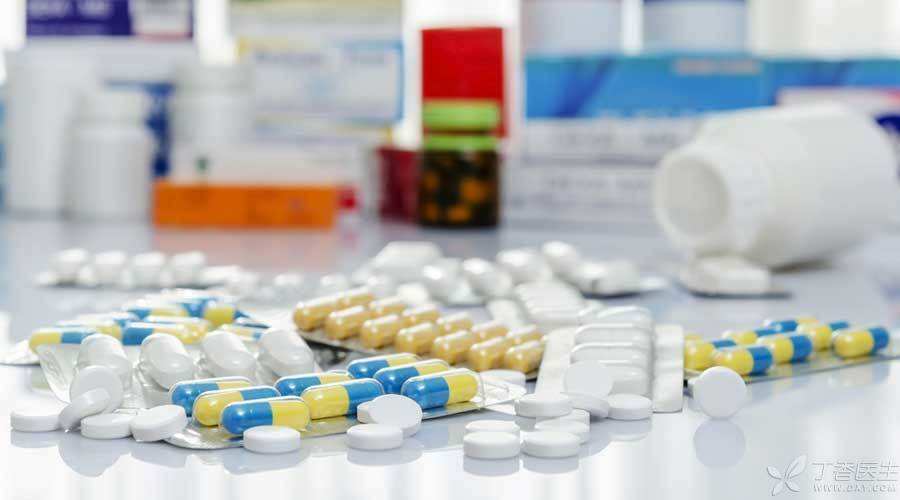 Lao Li Shu was hospitalized again because of a recurrence of cerebral hemorrhage.

About a year ago, Lao Li Shu was hospitalized for cerebral hemorrhage. After treatment, he recovered well. Unexpectedly, a year later, he was admitted to the ward because of another hemorrhage.

Aunt Li told me that Lao Li Shu’s blood pressure has not been well controlled for a year. The reason is that besides the unhealthy lifestyle, Lao Li Shu has many problems in compliance and standardization of taking medicine. Blood pressure fluctuates back and forth, leading to another stroke.

In fact, Lao Li is only a representative of the elderly who do not use drugs properly.

Reasonable and standardized medication is a very serious problem. I would like to use Dr. Clove as a platform to talk with middle-aged and elderly friends about how to take medicine scientifically.

1. Not following the doctor’s advice, add and subtract the dosage by oneself.

Many elderly people are eager to treat diseases and will ask doctors to prescribe more drugs for themselves, or there is a phenomenon of taking drugs in excess of the prescribed dose.

The medicine prescribed by the doctor is not enough, so buy yourself some medicine with similar effect [extra meal].

I forgot to take the medicine yesterday, or forget whether I took the medicine or not, so I simply took two portions today to make up for yesterday’s

On the contrary, some old people firmly believe that [the medicine is divided into three parts] and forget the exhortation of [taking the medicine according to the doctor’s advice and taking enough course of treatment]. As soon as the condition improves, they reduce the dosage or even stop taking the medicine without permission.

In fact, this is very bad for your health.

For example, changing the dosage of antihypertensive drugs at will can easily cause fluctuations in blood pressure, which is not conducive to stable antihypertensive. This fluctuation may not be perceived by itself, but it will unconsciously aggravate the structural and functional damage of blood vessels. The random adjustment of the dosage of hypoglycemic drugs, once causing hypoglycemia, is also a very dangerous thing.

This idea of [I think we should …] often backfires, not only delaying treatment, but also causing adverse consequences such as aggravation of the disease and drug poisoning.

2. Take the wrong medicine or take the medicine repeatedly.

Because of memory loss, dementia or limited by educational level, some middle-aged and elderly friends can still remember the medication methods and precautions when they start taking the medicine, but they soon forget or confuse them.

In addition, some tablets have the same size, color and other appearance, which makes it difficult to distinguish after throwing away the outer package. However, some people take the medicine according to their impression without confirmation. As a result, the problem of taking the wrong medicine or repeated medication occurs.

Some old people suffer from a variety of diseases at the same time and need to take a variety of drugs. In order to save trouble, or in order to avoid missing medicine, they have formed the habit of taking medicine by rubbing piles, but they have forgotten the requirements of early, middle and late, before and after meals, drug collocation taboos, etc.

On the one hand, it takes the right time for drugs to exert their maximum efficacy. The contents of intestines and stomach may also affect the exertion of drug effect.

On the other hand, there may be interactions between drugs, which may reduce the effect or enhance the side effects due to joint administration.

Such convenient behavior is not conducive to health.

Some friends indiscriminately believe in advertising or the so-called folk [folk prescription] [secret recipe]. They also buy drugs or health products to eat without consulting a doctor.

However, in these propaganda, unreasonable drugs with good curative effects are often unreliable. It doesn’t work, just waste some money to pay back. In case of delay in illness and drug poisoning, the loss outweights the gain.

STEP 5 Believe only the instructions

Some patients think that the drug instructions have passed various certifications and are more reliable than doctors. Therefore, they only recognize the instructions and ignore the doctor’s instructions.

Clinically, doctors will appropriately add or subtract the dosage or match the drugs according to the specific conditions of patients. In fact, in most cases, the doctor’s advice is also consistent with the instructions.

In addition, some people do not want to take the medicine when they see that there are many adverse drug reactions on the instructions. It is also wrong to stare at the possible side effects but ignore the idea of existing diseases.

Some patients think that over-the-counter drugs are safe, and the time, dosage, frequency and course of treatment of what are not important.

Many drugs for treating colds belong to over-the-counter drugs. Clinically, I have seen many people who think that eating [white plus black] is not enough, so I can get a good cold only if I have some [Contec] or [Tylenol]. However, taking such drugs may cause dizziness, lethargy and aggravate the burden on liver and kidney.

OTC drugs should also be taken according to instructions or doctor’s advice. 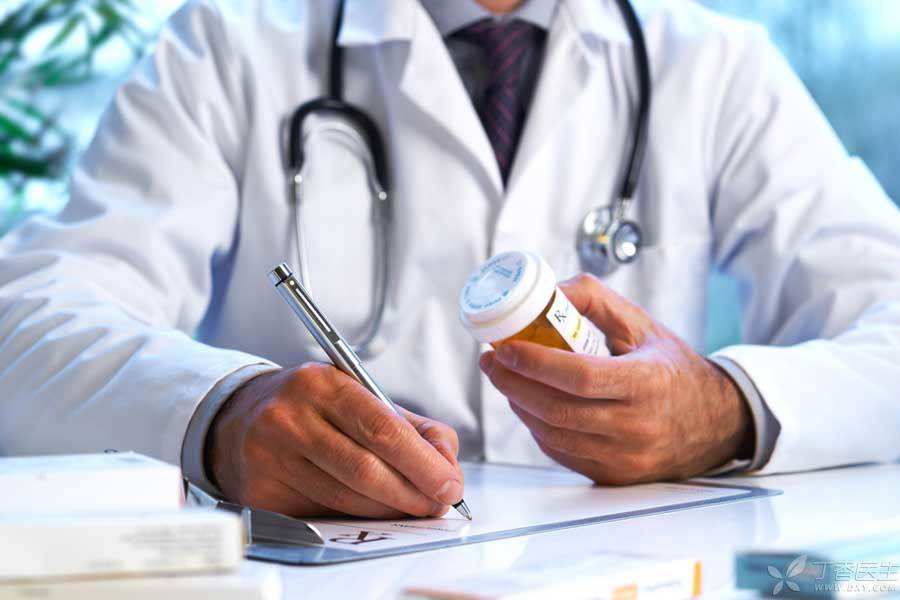 There are also misunderstandings such as [taking some medicine to prevent diseases] [replacing drugs with health care products] [self-diagnosis and self-medication], which are not uncommon.

For the middle-aged and elderly patients, the physiological function gradually declines, the probability of adverse reactions of drugs is higher than that of young people, and the more types of drugs are used, the more attention should be paid to rational drug use, to avoid adverse reactions, and to maximize the effect of drugs.

How to Avoid Misunderstanding of Medication

1. Take medicine to suit the disease and avoid self-prescribing

When taking multiple drugs at the same time, the doctor should be informed so that the doctor can judge whether the drugs used have any [fights] with each other and affect the efficacy of the drugs.

2. The dosage is appropriate and do not follow one’s inclinations.

The physiological functions of liver and kidney in the elderly are mostly decreased to varying degrees, or complicated with various diseases. Doctors will issue prescriptions with the greatest benefits and minimal side effects after comprehensively evaluating the patient’s condition. During the treatment process, it is forbidden to increase or decrease the dosage without authorization.

Adhere to the rule of medication according to the doctor’s advice. Chronic diseases such as hypertension, diabetes and coronary heart disease usually require long-term medication. However, different drugs have their own best absorption and action time and location, and the effect of taking drugs according to the rule is better. Whether to stop taking drugs or change dressings should follow the doctor’s guidance.

Different drugs have different requirements for storage, such as dry and ventilated, light-proof and moisture-proof storage. Before taking drugs, you should also look at whether the appearance and shape have changed to prevent overdue and deteriorated drugs from being taken by mistake. Check the medicine cabinet regularly to clean up expired and deteriorated drugs or drugs that are no longer used.

With a pen or mobile phone, Record the doctor’s instructions, Including information such as drug name, efficacy, usage, possible adverse reactions and treatment methods, If conditions permit, It is suggested to make records after taking medicine every time: what took what medicine at time, What is the amount? Friends with poor memory, You can classify the drugs you or your family will take in advance according to the types, taking time, dosage, etc., Use medicine dispensing boxes or small plastic bags of different colors to pack them separately. Mark the relevant information, Put it in a fixed and visible place. At the same time, set the alarm clock to remind you to take medicine on time. Make detailed records after taking the medicine, To prevent missing or repeated medication. Here is a recommendation of the medication reminder function set up in the [Doctor Clove] App. Easily set up, no longer forget to take medicine. For patients with reduced self-care ability or dementia, family members or nursing staff should be specially responsible for the medication of patients and make detailed records. Usually put the medicine away from the patient to prevent and treat unauthorized or mistaken medication and accidents. 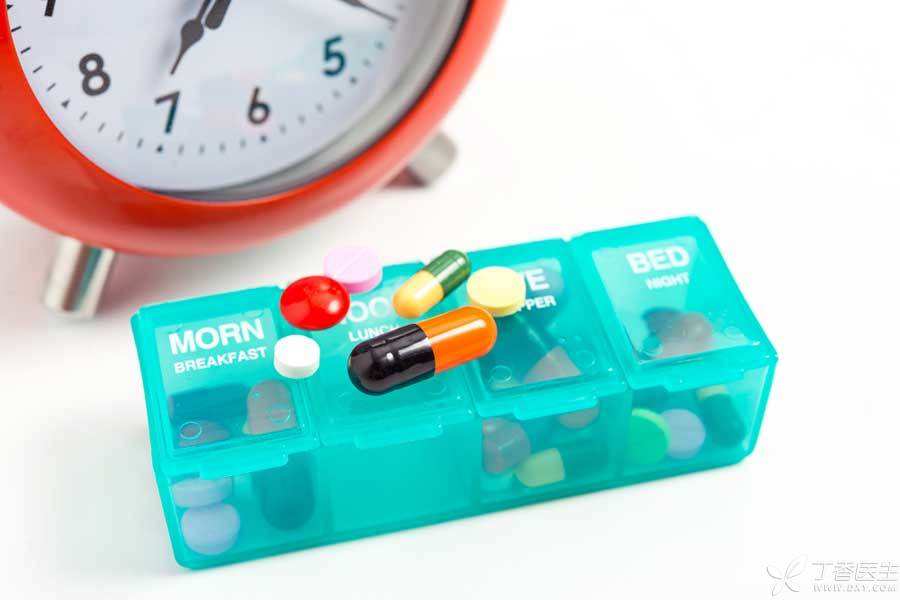 In short, rational and safe medication is crucial to disease control and rehabilitation.

Lao Li Shu is a lesson. After this stroke again, I should remember the exhortation of correct medication, but the price is a little higher…

I hope that friends who see this article can raise their awareness of safe medication and avoid misunderstanding of medication. In life, paying attention to small places can avoid big troubles and receive good results.