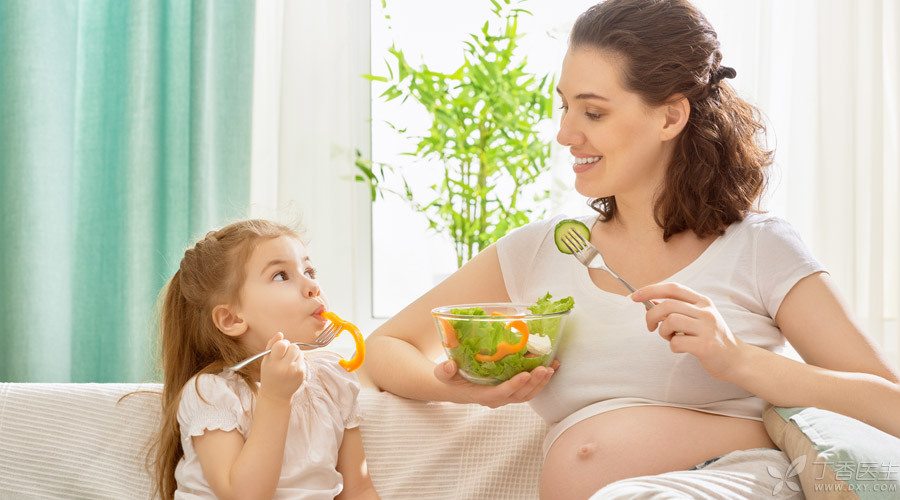 In recent years, the prevalence rate of gestational diabetes mellitus (GDM) has increased exponentially. Some scholars believe that besides the traditional high-risk factors (family history of diabetes mellitus, old age, obesity and previous GDM history), changes in living habits, especially diet structure, are also one of the inducements.

My good friend Meng Ma (Daimyo Tang Wei) has just given birth to two treasures, and she has unfortunately been tricked by the little devil Pregnancy Sugar.

Let’s take a look at the story of Meng Ma ~

Many expectant mothers turn pale at the mention of [pregnancy with sugar].

More importantly, once you have pregnancy-induced sugar, the risk of diabetes in the future will be several times higher than that of ordinary people.

When Meng’s mother gave birth to one child, there was no problem with the glucose tolerance test, but she was found to be pregnant with glucose during her second child.

At that time, my heart collapsed, and when I got home, I cried with my adorable father in my arms.

Pregnancy sugar is a trouble.

I cried because I found myself classified as a high-risk group for diabetes in the future. I was worried that it would affect the weight and intellectual development of the baby in my belly. I was worried that I needed to monitor blood sugar frequently, insist on exercise and strictly control diet after irritability. I was afraid that if I could not control blood sugar through exercise and diet, I also needed to inject insulin.

Pregnancy sugar, is really a trouble, don’t believe you see:

To control blood sugar, Doctors usually require pregnant women to record their diet and blood sugar levels for two hours after each meal during pregnancy. (Diet needs to be accurate to grams, Detailed to specific food types and raw and cooked) Blood sugar levels are usually monitored 7 times a day (fasting, before three meals, two hours after three meals and at night). At the beginning, continuous monitoring is required for 3-5 days. After the blood sugar is stable, it is necessary to take 1-2 days a week to monitor it. When measuring blood sugar, it is not necessary to always measure the same finger, ten fingers can be measured, but it is recommended to measure the fingertip blood of the same finger before and after meals.

Monitoring seven times a day is aimed at newly diagnosed hyperglycemic pregnant women and [sugar mothers] who have poor blood sugar control and are being treated with insulin during pregnancy.

How to deal with pregnancy-induced sugar?

Like many diseases, the first two countermeasures for pregnancy-induced sugar are to shut up and keep your legs open.

Shut up and control your diet.

Usually, hospitals will require pregnant women with pregnancy-induced sugar to go to the nutrition clinic, and nutritionists will introduce control methods from two aspects of diet and exercise. Some hospitals will tailor a set of control plans for pregnant women according to their physiological characteristics (height, weight, eating habits, etc.). More hospitals are still using the standard of “calculated by portions” to tell you how many [portions] of meat, vegetables, eggs, milk and other foods you should eat every day, and such standards often need to be adjusted according to the personal situation of pregnant women.

In addition to the general standard, the total diet should also consider the height and weight of pregnant women-tall and thin people can eat more appropriately, while short and fat people need to reduce. The diet structure should refer to the dietary pyramid and dietary guidelines for pregnant women formulated by the Chinese Nutrition Society. The key to stable blood sugar is to eat less and eat more. It is also necessary to avoid foods such as porridge with high glycemic index (GI) and fruits and other desserts such as watermelons with high sugar content. At the same time, following the eating sequence of soup first, vegetables later and rice later is also helpful for blood sugar control.

For pregnant women with pregnancy-induced sugar, it is not enough to shut up. It is also necessary to cooperate with exercise to keep the blood sugar level stable.

For most people, Walking is the easiest way. If you keep your mouth shut, Blood sugar is still high two hours after meals, You need to cooperate with exercise to keep the blood sugar level stable-how many steps and how long you need to take vary from person to person. The key criterion is the blood sugar level. Of course, some pregnant women will suffer from hypoglycemia due to too fast hypoglycemia, and some pregnant women are prone to dizziness during pregnancy, so try to have someone to accompany them when walking and prepare some food that can quickly supplement blood sugar.

If this is not enough, drug control must be considered.

When giving birth, Meng Dad always joked: “Healthy life starts with pregnancy”, because during pregnancy, attention should be paid to diet, exercise and sleep.

Changes in diet are the most troublesome.

Each meal needs to be weighed in grams, recorded, measured in blood sugar, and bid farewell to all kinds of favorite desserts and watermelons symbolizing summer.

At first, when I eat less and eat more, I always feel that I am not full. Later, I changed to drink soup first, and changed half of the fine staple food into coarse cereals to increase my satiety before getting used to it.

Changes in sports are gradual.

Thanks to Meng Dad, he gave up his beloved skateboard after dinner every night and took Macey to urge me to exercise. From the initial willingness to walk for only 10 minutes to the ability to walk for 1 hour, he lasted for more than 4 months. Every meal reminds me to chew slowly and control the total amount.

In a sense, pregnancy-induced sugar is not a sentence for [miserable life], but an opportunity to adjust one’s diet, exercise and sleep, and sticking to it will bring unexpected surprises.

I gained a total of 6.5 kg during the whole pregnancy and remained stable at 65 kg for the last 4 months.

Legend has it that the star’s pregnant figure remains unchanged. I have also done so. There is no new excess weight on my limbs, and I can’t see from behind that she is pregnant.

Three days after delivery, I regained my prenatal weight and was able to wear all kinds of pre-pregnancy clothes.

The happiest thing is the benefit to production.

Although it was a second child, Macey’s cesarean section did not pass through the birth canal during the first child, so theoretically I am still a primipara this time.

At 35 weeks, Xiao Guai had already entered the pelvis shallowly, and my pelvic spacing also developed from less than 8 cm to 8.5 cm; at the time of one child. By the 38th week, the doctor found that the cervix had disappeared by 70%, and the head of the fetus was extremely low, which was very likely to give birth smoothly.

What makes me more gratified is that Xiao Guai weighed 6.7 kg when she was born, and her blood sugar and other indexes were normal.

The future is bright

To be honest, opportunities are often conceived in challenges. The key depends on our mentality and practices.

After delivery, I still belong to the high-risk group of diabetes in the future after suffering from pregnancy-induced sugar. However, if I can stick to healthy diet and exercise habits during pregnancy, I believe there will be good results.