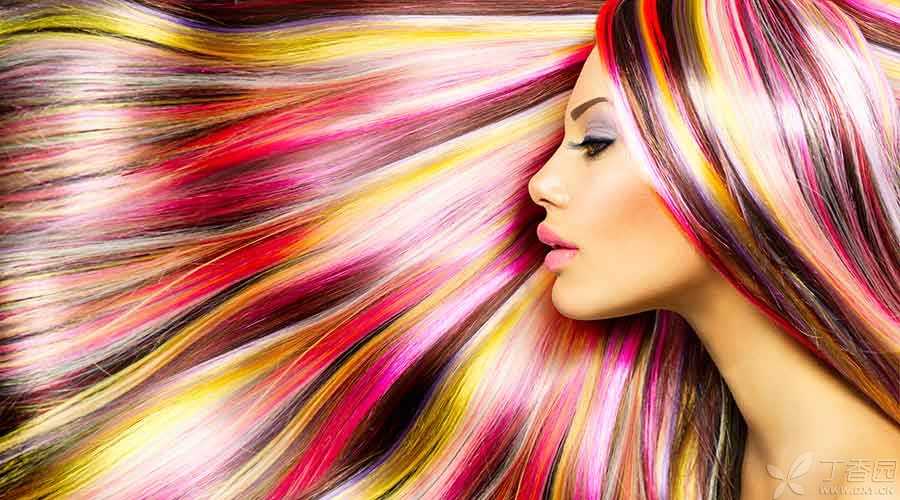 More and more people have taken hair dyeing as a routine beauty program. Little imagine, the chemicals contained in hair dyeing will actually bring inevitable harm to skin and hair, such as scalp allergy, hair loss, long-term adverse reactions and even unclear…

Is hair dye what?

The color of human skin, eyes and hair comes from melanin in tissues, which is an amino tyrosine product. In short, it is the content of melanin that determines the color of hair, eyes and skin. For example, white races contain less melanin, so the natural color of hair is lighter than dark races.

Semi-permanent and temporary hair dyeing is to directly use dyes to color the hair, which usually fades after several shampoos, mostly plant hair dyes and mineral hair dyes. Permanent hair dyeing mostly uses chemically synthesized hair dyes, which can really change the color of hair and is currently the most frequently used hair dyeing product.

How does hair dye color hair?

Compounds used for permanent hair dyeing generally include ammonia, hydrogen peroxide and a common allergic substance, p-phenylenediamine (PPDA). The dyeing mechanism is to treat the hair with ammonia to make the surface layer of the hair expand and make other components easier to enter and play a role, then hydrogen peroxide to bleach the hair, and finally the dye PPDA reacts with oxygen to form a new color.

PPDA exists in almost all permanent hair dyes, whether cheap or expensive, and many people are allergic to it when dyeing their hair. In addition, even temporary dyes, such as black hair dyes used for gray hair dyeing, may also contain PPDA or its similar substances. Therefore, no matter what type of hair dyeing, it is recommended to know the composition of hair dyes before dyeing.

What problems may occur after dyeing hair?

Since hair dyes contain various compounds that may cause health hazards, It is suggested that after dyeing your hair, Be sure to pay close attention to possible symptoms. For example, mild symptoms such as scalp redness, pruritus and desquamation, as well as more serious allergic symptoms such as scalp and facial edema and blisters, The occurrence time ranges from several hours to several days. In very few cases, the whole body can be involved, which may be caused by hair dye flowing to the whole body during shampoo and bath. If the situation is serious or lasts for more than two days, you should go to the dermatological department of the hospital to see a doctor in time.

Whether hair dye can cause cancer has always been a concern. The correlation between hair dye and cancer has indeed been confirmed in some literatures. Especially the correlation with blood tumors, definite carcinogens, such as 4-aminobiphenyl, have also been found in some commercially available hair dyes, but on the whole, the research results have not been clearly determined and lack of confirmation from large-scale studies.

In addition, some situations that may be less harmful are also worthy of attention. For example, scalp dyeing can make people feel quite embarrassed. Repeated use of hair dye will also lead to damage to the protective layer of hair fibers. In the long run, hair will become more and more slender and fragile, and later it will be more vulnerable to injury. Therefore, people who often use hair dye are likely to become dim, lifeless and even lead to pathological alopecia.

According to the Hygienic Code for Cosmetics (2007 Edition), hair dyes allow certain doses of mercury, lead and arsenic, while inferior hair dyes have higher lead content. Long-term repeated hair dyeing can cause chronic lead poisoning, such as lead poisoning in the central nervous system caused by long-term hair dyeing.

How to reduce the harm of hair dyeing?

Before and after dyeing your hair, please refer to the following precautions:

1. When purchasing hair dye, be sure to know the composition of hair dye in detail and follow the instructions of the packaging box. If you are allergic to PPDA, do not use hair dye containing PPDA;

3. One to two days before each hair dyeing, apply some hair dye to the skin to see if it will cause allergy.

4. When preparing hair dye, be sure to wear gloves;

5. Clean the hair dye in time according to the instructions, and do not extend the hair dyeing time without authorization for the sake of a firmer color;

6. Do not mix hair dyes with different formulas for use;

7. Don’t try to dye eyebrows or eyelashes, which may bring permanent damage to eyes and even blindness.

8. If there is a wound on the scalp, do not dye your hair.

9. After dyeing the hair, clean it several times more and do not let the hair dye remain on the hair.

11. Allergic diseases or pregnancy, lactation, etc., try not to dye hair, children should not dye hair.

In addition, hair dyes claimed to be based on plant ingredients henna or other pure natural ones are not safe, especially henna hair dyes are prohibited in China and the EU.

If the hair dye accidentally flows into the eyes during use, it should be rinsed with water immediately and repeatedly. Once allergy occurs after dyeing hair, the hair dye left on the scalp should be washed off with clear water as soon as possible. In serious cases, the dyed hair should be cut off, and the doctor should seek medical treatment quickly. Effective treatment should be carried out under the guidance of the doctor.

Before the end of the article, I would also like to remind readers of another thing, that is, to be careful with the purchase of cosmetics on various platforms, to be more cautious and to do more skin allergy tests to prevent fake and inferior products from causing hair dyeing safety problems.