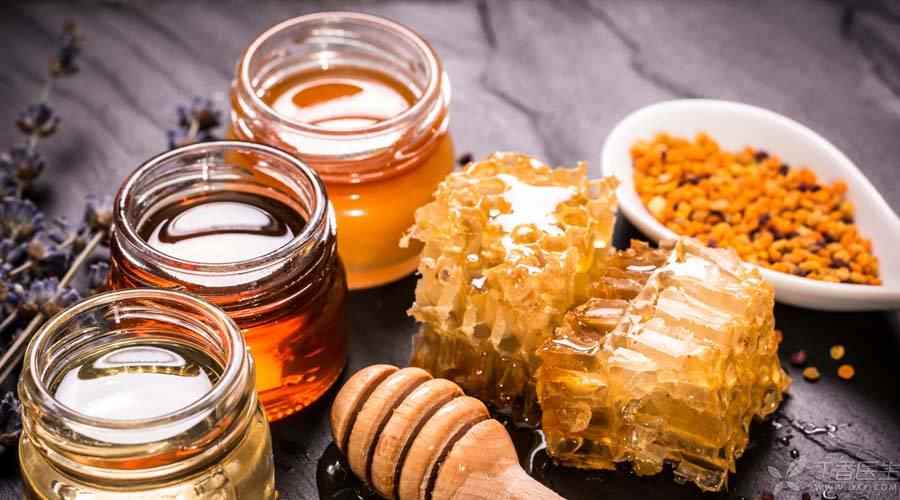 Honey, royal jelly, propolis… all kinds of bee products are silly and can’t be clearly distinguished. In addition to the variety, bee products are often described as [all-round food] given by nature.

Next, Dr. Clove will uncover the fog and talk about these mysterious bee products.

Don’t be infatuated with honey, although it has beautiful legends.

Honey is the most familiar bee product. Collected the essence of flowers, [meticulously brewed] into honey, this process has been described by countless scholars as infinitely beautiful, which adds more charm to honey.

However, from the perspective of modern science, honey does not have what’s commendable advantages. Its main ingredient is sugar, which can account for more than 80% of honey. Excluding more than 10% of water, other ingredients are even less than 1%.

Therefore, from the perspective of nutritional composition, honey is a kind of food with high calorie and single nutrition.

1. Does honey have health care function?

According to legend, honey has various [health care] and even [medical] effects. Many people believe that less than 1% of it contains [magical ingredients] that are not yet clear to human beings.

In this regard, modern science has also done a lot of research. Scientists have found that there are few micronutrients such as vitamins and minerals, and there are no other beneficial ingredients.

However, a lot of research has been done on whether honey really has health care effect, but the [ideal] results are not much.

Some studies seem to show [may be useful], but in more studies, honey has the same effect as placebo and has no what benefit for health.

2. Honey, it is difficult to distinguish between true and false

The above is about the production of qualified [theoretical] honey. In the real market, the high price of honey is naturally attractive to counterfeiters, and it is itself a product that is easy to fake.

For example, the sales volume of Manuka honey in the international market (actually the honey brewed by bees collecting Manuka flowers, similar to what we call locust nectar, jujube nectar, osmanthus honey, etc.) is several times of its annual output. It is hard to say whether what we bought at home is true or not.

Some people want to ask, how can I distinguish fake honey?

Unfortunately, if ordinary consumers can distinguish the true from the false, it only shows that the level of counterfeiters is not high enough. Products like honey, which come from different sources and lead to huge differences, often cannot be distinguished without professional analysis.

For consumers, they can only protect themselves by choosing reliable purchase channels and trusting merchants.

Generally speaking, honey has no magic in what and no special [nutritional value]. It is not necessarily a cost-effective thing to bear so much sugar and calories for those [health care functions] that do not matter whether there is or not.

Of course, as a cooking product, it can bring food a different flavor from other sugars, which is understandable. After all, honey cake and honey chicken wings are quite delicious. 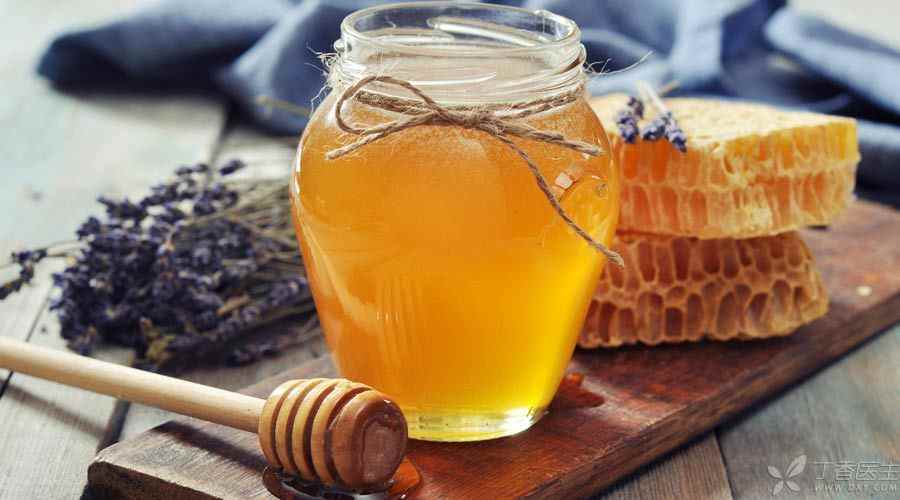 Royal Jelly: Is it working? Believe it or not

Royal jelly is regarded as a “magic health product”, which is not only a tradition in China but also in all parts of the world.

Its magic lies in: if the larvae of bees only eat royal jelly, they will develop into queen bees-queen bees can live for several years and lay hundreds of eggs every day; If you break the slurry early and eat honey and pollen instead, you will develop into a worker bee-with a life span of only a few tens of days and generally infertile for life.

In other words, worker bees and queen bees have the same genes, but their fates are completely different because of different foods.

Therefore, people believe that royal jelly is so magical that it must have magical effects.

1. The mystery of royal jelly has been solved.

In 2011, scientists found that there is a protein in fresh royal jelly, which can promote the secretion of growth hormone after being eaten by bees, thus regulating the gene expression of bees and eventually forming queen bees.

However, bees that cannot eat this protein have insufficient secretion of growth hormone, so they grow slowly, genes related to the reproductive system cannot be fully expressed, and finally they can only develop into worker bees.

However, this protein is unstable and will degrade during storage. The possibility of being active after being collected, stored, processed and eaten by human beings is too slim.

Is royal jelly useful to people?

Scientists fed the protein or royal jelly from royal jelly to other animals and found that it had obvious effects on lower animals, such as fruit flies.

It also has some effects on higher animals, such as rabbits, quails and hens, but it is not so obvious.

People are obviously superior to these animals. There are also many scientists who have used royal jelly to do human experiments, and the results are [sometimes working]-most importantly, the [spiritual] ones are often pointed out by other scientific colleagues that the experimental design is not rigorous, so they cannot come to a conclusion.

Therefore, the [magic effect] of royal jelly is, in short, that theoretical analysis does not support it and experimental evidence is unreliable-is it working? Believe it or not.

Finally, the most important sentence: the “royal jelly” mentioned in scientific research refers to royal jelly. Whether the “royal jelly products” sold on the market have added pharmaceutical ingredients to show [effectiveness] is [heaven knows earth knows the manufacturer, but I don’t want you to know]. 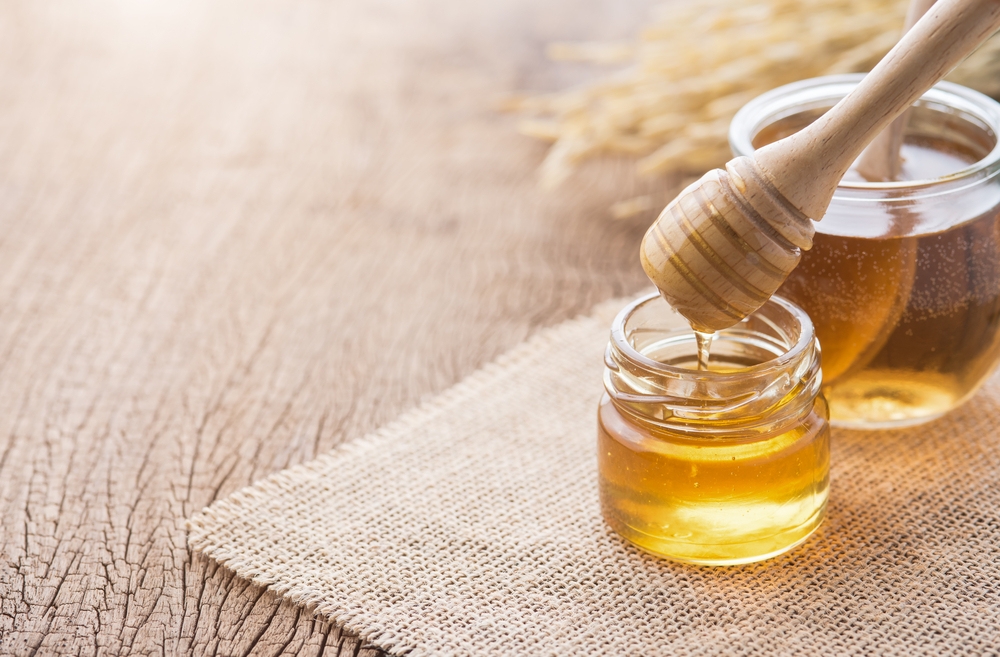 Is propolis effective? It’s all up to you

Propolis is a very interesting thing. Bees collect some things from plant spores and add their own secretions to finally get a kind of gelatinous substance, which people call [propolis].

Bees use it to build hives, which act like bricklaying cement and can also block foreign attacks such as bacteria.

Human beings have used propolis since BC, such as healing wounds, diminishing inflammation, and making mummies.

With the development of history and the marketing of modern commerce, propolis is said to have more and more [effects], ranging from traditional [antibacterial] [antiviral] to fashionable [immune regulation] [anti-tumor].

Scientists are also very interested in propolis, and almost all the legendary effects have been studied. Over the past few decades, many results have been published.

Disappointingly, these studies are generally animal or cell experiments, and the scale of experiments on human beings is not large, so convincing conclusions cannot be drawn in medicine.

Moreover, like royal jelly, some people’s experimental results are [valid], while others’ results are [invalid].

However, there is also [good news] for propolis merchants and enthusiasts. The toxicity and side effects tests conducted so far have found no problems. Therefore, it is also possible to say that it [found no side effects] at present.

Of course, like any other bee product, it may contain many allergens. If it is allergic constitution, you need to be careful.

The development of science is really limited. After decades of scientific research on propolis, it is still a mess. This mess will continue. I don’t know when what will be solved.