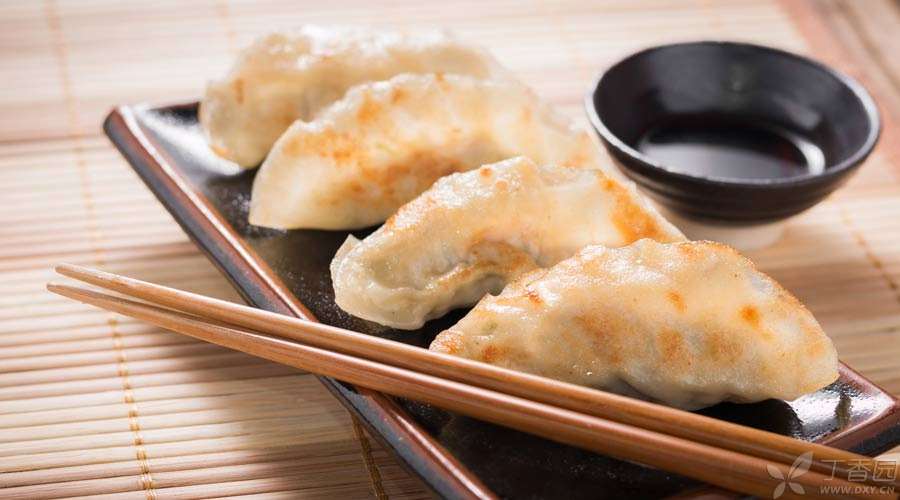 A leek dumpling with excellent pig foreleg meat and refreshing aroma, covered with soft gluten skin, has good color, aroma and taste. As soon as it came out of the cage, it was stuffed into the mouth by the food that had been waiting for a long time. The so-called just out of the tiger’s mouth and into the wolf’s den, the dumpling began a dark journey of purgatory from now on.

Grind your mouth into food balls.

The first torture that Jiaozijun faced was to cut off his hands, feet, halves and beheadings-chewing. The two rows of teeth, The incisors are responsible for biting and cutting, the canines are responsible for tearing up, and the molars are responsible for grinding. The soft dumpling king was torn to pieces within a few seconds, stimulating various receptors in the oral cavity and sending out the signal of “food is coming to the door”, making the stomach, intestines, liver, gallbladder and pancreas below wake up and ready to go.

The broken dumpling king was stirred around by the fat tongue, Wrapped in saliva, It turned into a food ball. In a short time, The shredded dumpling wrappers began to be digested by amylase in saliva. But the food was too anxious, As soon as the dumpling ball and saliva were mixed, they were pushed into the pharynx by the back of the tongue. The pharynx was unequivocal and immediately launched a series of rapid reflex movements, closing the passage to the nasal cavity and trachea, ordering the upper esophageal sphincter to relax and sending the ball into the esophagus.

The esophagus is like a dark and quiet tunnel. There is no crazy squeeze, There is no dangerous digestive juice, Dumpling King spent the last calm before the storm here. Good moments are always short, As soon as the dumpling ball entered the esophagus, it was pushed down by the peristalsis of the esophagus. Peristalsis is a form of movement of gastrointestinal smooth muscle. Under the joint control of sympathetic nerve, vagus nerve and intestinal internal nervous system, the circular smooth muscle contracts from near to far in turn, forming a forward fluctuation.

Dumpling food ball under the squeeze of smooth muscle contraction quickly reached the junction of esophagus and stomach, there is a 3 ~ 5 cm long high pressure area, known as the lower esophageal sphincter, which does not cooperate with peristalsis rhythm to expand. Seeing that the food ball is about to be stuck, the lower esophageal sphincter receives the signal of mechanical stimulation of the tube wall, immediately relaxes and lets the food ball pass. 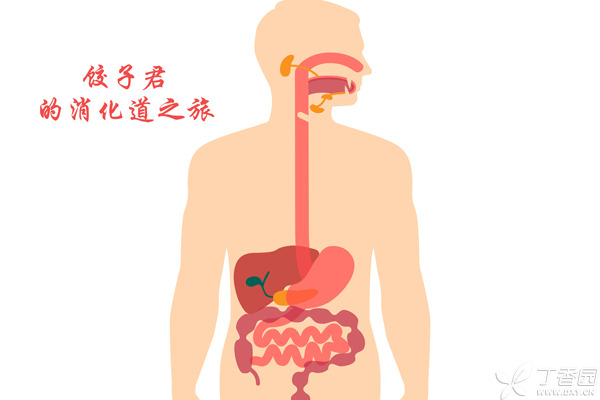 5 hours into chyme in the stomach

You have heard of the horrible dumplings in your stomach, But the current suffering is far more than it imagined. The first is gastric acid with pH 0.9 ~ 1.5. Normal people can secrete 1.5 ~ 2.5 L per day. As soon as they come into contact with dumplings, they feel a strong burning sensation all over their bodies. The pig’s foreleg meat, which had been very strong before, immediately faded and became thin, soft and shapeless. The most ferocious is pepsin, which is like a duck to water in a strong acid environment and severely attacks the protein in the pig’s foreleg meat, decomposing it into peptone, polypeptide and a small amount of amino acid.

The broken dumpling king struggled to stick to the stomach wall, Because there is a mucus-bicarbonate barrier about 500 m thick on the surface of the gastric wall mucosa, which can isolate the damage of hydrochloric acid and pepsin to the gastric mucosa. However, the movement of gastric smooth muscle is much stronger than that of esophagus, and dumpling balls are squeezed over and over, unable to move, stirred with gastric juice, and become chyme.

Soon, Jiaozijun’s partners joined in one after another. The receptive relaxation of gastric smooth muscle increased the gastric cavity volume from 50 ml on an empty stomach to 1.5 L, while its tense contraction kept the gastric cavity under stable pressure. As a result, the digestion ability of the stomach was not affected at all.

Dumplings and minced food have neglected their companions, It is pushed to the pylorus by [wave after wave, wave after wave] gastric peristalsis wave, as long as it passes through the pylorus, it will enter the small intestine. However, the torture of the stomach will not end so easily. The gastric antrum in front of the pylorus contracts strongly and pushes part of the chyme back to the stomach body. Only 1 ~ 2 ml of chyme can pass by luck at a time. It took nearly 5 hours for all parts of Jiaozijun’s body to pass through the pylorus.

Seven hours in the small intestine

[Segmented movement] is the most characteristic form of small intestine movement. The circular smooth muscle of intestinal wall at a certain distance contracts simultaneously according to rhythm, while the rest relaxes, dividing chyme into many segments. Then, the diastolic part contracts, the contracted part relaxes, and the chyme is divided into new segments. This is repeated, completing the dual work of stirring and mechanical digestion.

For dumpling king, The most deadly thing is actually the digestive juice in the small intestine. Pancreatic amylase, trypsin and pancreatic lipase secreted by the pancreas into the intestinal cavity are the main force. The starch-based dumpling skin, the lean meat decomposed into polypeptide by pepsin and the fat-based fat meat were respectively handled. Leek was doomed with other components besides fiber. In addition, bile salt in bile, as an emulsifier, can crack fat into droplets to assist digestion and absorption of fat.

When it comes to absorption, The small intestine is naturally constructed to absorb nutrients. There are a large number of circular folds on the intestinal mucosa like the skin of a sand dog. And the mucous membrane area has been enlarged three times. Looking at it under a magnifying glass, These wrinkles also have countless villous small wrinkles protruding to the intestinal cavity, and the area has expanded by 10 times. Looking at the top of each intestinal epithelial cell on the villus surface with a microscope, there are as many as 1,000 microvilli, which fully increases the small intestine area by 20 times. The small intestine of 5 ~ 7 meters can absorb a total area of 200 ~ 250 ㎡ under the addition of wrinkle skills.

After about 7 hours of trampling on the small intestine, Jiaozijun has almost died of fragrance. The only residue left passed through the ileocecal valve with the epithelial cells falling off the surface of the digestive tract, greeted the appendix and entered the large intestine.

The large intestine turns into feces.

If there is an upper hell full of torture, oppression and hope of reincarnation ahead, Then the large intestine is the 18th layer of hell where devils are rampant and never turn over. There are a large number of bacteria, led by Escherichia coli, living here. Eating the residue of Jiaozijun, it produces odorous agents such as ammonia, sulfide and indole and odorless substances such as carbon dioxide, methane and lactic acid. Some of the components are absorbed by the intestinal wall to the liver for detoxification, while the rest are added to farts and feces for excretion. As a condition for borrowing, bacteria in the large intestine synthesize vitamin B complexes and vitamin K for human absorption and utilization.

The movement of the large intestine is small and slow. The residue of dumplings can be left in it for 18-24 hours. During this period, The large intestine rubs the residue with its unique “bagged round-trip movement”, In addition to the slow routine peristalsis, within a few hours after eating, the large intestine will produce a fast and far-moving [group peristalsis] that pushes the excrement into the sigmoid colon, adding shedding intestinal epithelial cells, a small amount of bile salt, a large amount of bacteria and heavy metal salts discharged from the intestinal wall to form feces.

Life is delicious food, death is smelly stool. This is the end of dumpling king’s digestive tract trip.