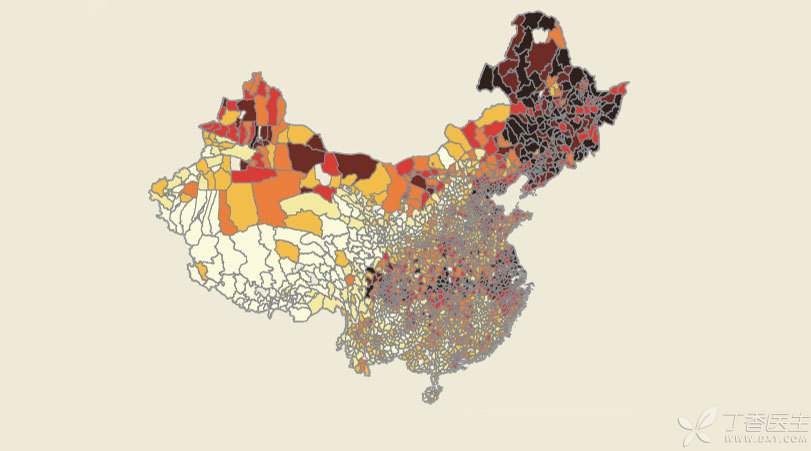 Five years ago, I also discussed this issue with friends who are concerned about this content. Behind the [excessively high] cesarean section rate in what is the Chinese reason.

However, a report on the cesarean section rate in China published in JAMA, an authoritative international medical journal, at the beginning of this year gave a resounding answer to these arguments: first ask if it is, then ask why!

Is the paper about what?

This paper is a research paper by Liu Jianmeng’s research group of the School of Public Health of Peking University. It uses statistics from the National Annual Report Office of Maternal and Child Health and covers every county-level administrative division unit in 31 provinces in mainland China.

One of the highlights of this article is that it uses all the data, instead of the small sample data of 21 hospitals in China as WHO did before. Therefore, the data reported in this article are more authoritative and convincing.

According to the data reported in this article: 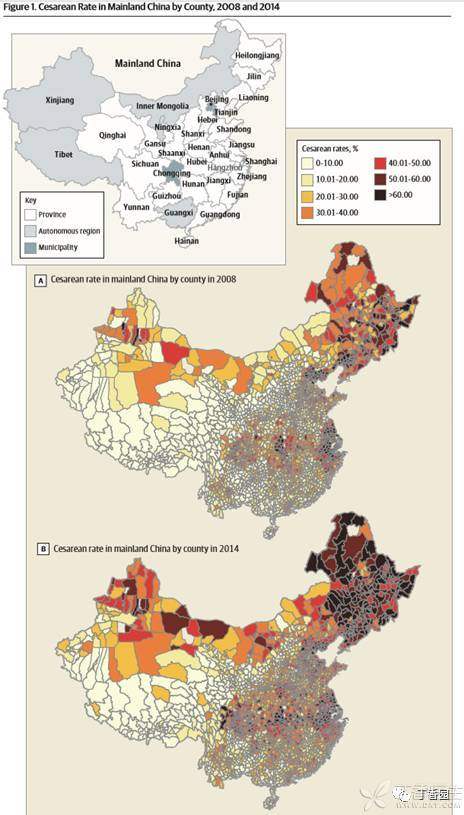 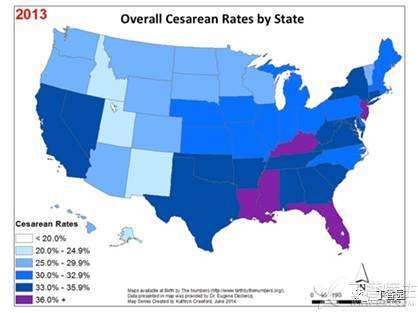 It can be seen that China’s cesarean section rate is not the legendary [Chinese characteristics], let alone the first in the world.

The situation in some areas is worrying.

The data from some areas have reached more extreme situations.

Is there any reason for what’s high cesarean section rate?

Through some previous clinical observations, I tried to speculate on the causes of high cesarean section, which may have problems from parturients, doctors and some economic benefits.

We often encounter some parturients who are afraid of pain. According to hearsay, they think that cesarean section will not hurt, give birth quickly, and suffer less. Others have to cut them out before September 1 in order to go to school one year earlier, or do not have children on Qingming Festival or July 15. What’s more, some mothers want to choose a good day to give birth to their babies, but also choose a good time to give birth, which cannot be controlled by natural childbirth.

All of the above, different levels of obstetric professional knowledge, resulting in differences in cesarean section rates.

It is also a child, cesarean section takes less time and the operation cost is high. However, vaginal delivery requires more time to manage the labor process and the medical charges are still low, so doctors will prefer cesarean section.

What does the cesarean section rate represent?

Although previous reports said that WHO’s [warning line] was 15%, this figure was set in 1985 and has aroused widespread doubts.

In this article by Mr. Liu Jianmeng, this point is also emphasized. We should not demand an optimal cesarean section rate, which is actually difficult to determine. We should look for a solution that is most beneficial to women and children according to local conditions.

Back home, In many provinces, the rate of cesarean section exceeds 50%, This is indeed necessary to control and reduce. However, For example, the cesarean section rate in Hainan Province has increased from 10.0% to 16.4%, which may be an improvement, because it may more reflect the popularization of medical facilities and medical technologies, indicating that more pregnant and lying-in women can enjoy the care of hospital delivery and, if necessary, the relevant medical treatment for cesarean section.

After all, cesarean section is not a scourge in what. If necessary, it can also save lives.

Therefore, from the doctor’s point of view, it may not be meaningful to simply pursue a cesarean section rate. What is more important is to evaluate the situation of each pregnant and lying-in woman from the perspective of the patient and provide the most appropriate delivery method according to the actual situation.