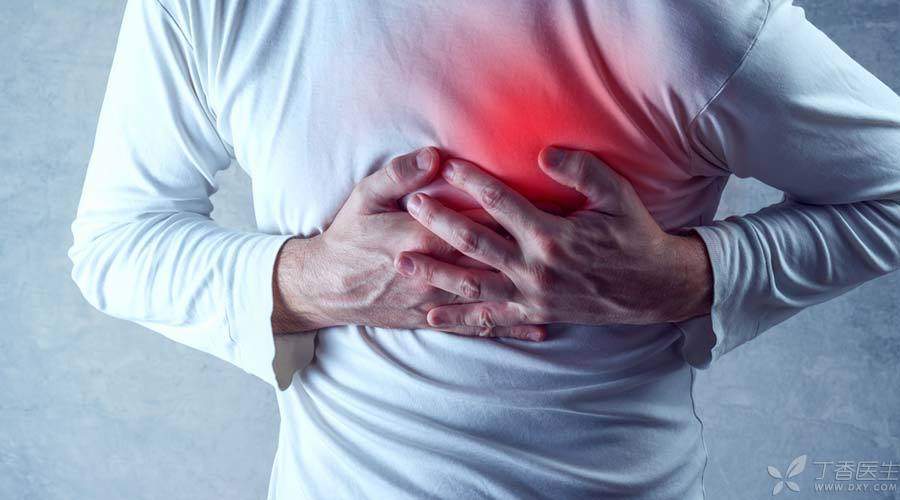 Not long ago, my father had a myocardial infarction.

After doing popular medical science for so long and my husband is also a doctor, I think I am no stranger to myocardial infarction, the number one killer of human beings. But when I really met it, I found that I knew almost nothing.

In front of myocardial infarction, any step may go wrong, and if you go wrong, you may regret for life.

Now that my father’s condition is stable and my mood is calm, I have decided to write down all the experiences and lessons of this experience from the perspective of the patient’s family. But I also hope you will never use them.

My father and I don’t live together, but we are very close. Last Saturday morning at 10 o’clock, my father came to see my daughter and sat chatting.

He said: I feel a pain in my cheek today.

I said: You ate too much meat yesterday, did you chew well?

He said: People say myocardial infarction will cause cheeks to ache.

After that, my father left my house and went shopping in the supermarket.

After another half hour, my father called and said, “I’m not feeling well, please come here.”

I ran to my father’s house, he was already lying in bed. He told me that when he walked to the door of the supermarket, he suddenly broke out in a cold sweat. He immediately realized something was wrong and hurried home to lie down.

When I touched it, his coat was all wet. Apart from the pain in his cheeks, he also had symptoms of shoulder pain, burping and irritability. I know, there must be something wrong with his heart.

I have been blaming myself for this period of time. My father belongs to a high-risk group for cardiovascular diseases. Cheeks pain is a suspected symptom of myocardial infarction, but I did not pay attention to it.

Myocardial infarction attacks may have the following manifestations:

Lesson 2: Taking your own medicine almost made a big mistake,

I called my husband, he is not a major in cardiology, but he also immediately judged that it was a heart problem, but he was not sure whether it was temporary myocardial ischemia or myocardial infarction.

He told me, anyway, take medicine, aspirin and nitroglycerin first.

My father told me that there was no aspirin or nitroglycerin at home, and I immediately ran out to buy it.

My husband told me that it was the usual medication method for myocardial infarction first aid, but he was not a cardiologist and did not know many details of medication.

Aspirin and nitroglycerin have completely different mechanisms against myocardial infarction:

Aspirin: It is used to resist platelets and prevent thrombosis from further expanding. Nitroglycerin: It is used to dilate blood vessels and restore cardiac blood flow. When myocardial infarction occurs in the right crown, the patient’s blood pressure will often drop. If nitroglycerin is taken again to dilate blood vessels, the blood pressure will drop further and may even be fatal.

Therefore, I really don’t want to take drugs casually! Even if the family member is a doctor, if he is not a professional, he may make mistakes.

Editor’s Note: If there is severe chest pain, it may be caused by aortic dissection. At this time, taking anticoagulant aspirin is taboo, which will increase bleeding and cause worse effects. In short, if you are not sure about what’s situation, do not use nitroglycerin or aspirin at will, and call 120 emergency calls immediately.

Lesson 3: I thought it was not serious and almost delayed my illness.

After taking the medicine, my father felt slightly better, but he was agitated and unwilling to speak. He wanted to lie quietly.

I continued to call my husband, who told me that the guide said that if these symptoms occur, an ambulance should be called to the hospital. However, Dad’s condition does not look too serious and has improved after taking medicine. It may be temporary myocardial ischemia, not myocardial infarction. You can consider observing at home, but you must ensure absolute bed rest.

My father and I also felt that on Saturday, we were afraid that the cardiology department would not go to work and went to the hospital for nothing.

I called two uncles who came to Beijing to do business again. They insisted that my father go to the hospital.

There is a second-class hospital opposite us, just across the road. It is a bit melodramatic to call an ambulance or take a taxi, so we decided to walk over.

In the emergency department of the hospital, the nurse took the blood pressure, 130/50 mmHg. My father had hypertension, which was absolutely abnormal. After that, he made an electrocardiogram and showed it to the doctor. The doctor said: “Oh, you are suffering from myocardial infarction. Why are you still sitting? Hurriedly lie down!” ]

My husband gave me a good scolding for this matter: [What do you mean absolutely bedridden? Meaning: Absolutely! Yes! Lie down! The bed! Can’t sit up, can’t stroll, can’t take to the streets! In this way, the myocardial infarction will be aggravated in minutes, and the first second will be fine and the second will probably fall down. It is a great luck for Dad to walk over! ]

I don’t know how many people, like me, have never made an emergency call. I always feel that it must be especially serious. In fact, the symptoms are not serious, which does not mean that the disease is not urgent, so don’t be afraid of melodramatic feelings, call as soon as possible.

In addition, it is true that many specialist clinics in 3A hospitals do not work on weekends, but emergency departments must work, and there are doctors on duty in all departments.

The symptoms at the initial stage of myocardial infarction may not be obvious, but if ignored, it may have a second attack and lose the time for rescue.

More than ten years ago, my grandfather died of myocardial infarction. His initial symptoms were only shoulder discomfort, which everyone didn’t pay much attention to. Later, he turned to angina pectoris and was sent to the hospital. Finally, he was not rescued.

After my father lay down and received fluid, the doctor began to ask me about my medical history.

Doctor: Do you have coronary heart disease?

Doctor: Do you have diabetes?

Me: Well, the postprandial blood sugar is high, it seems that diabetes is not certain… … …

Doctor: Do you have high blood pressure?

Me: Yes, this is certain.

Doctor: How many years have you had high blood pressure?

Me: Er… for several years…

Doctor: Do you usually take what medicine?

The hospital doctor said that my father needed to have a stent in this situation and suggested that we go to a big hospital to do it.

I called 999 anxiously again and repeated what I had just said. The other party asked me my cell phone number. I thought for a long time and couldn’t say it. Finally, one of them was wrong…

I was completely stunned at that time. I couldn’t say the cell phone number that I knew backwards at ordinary times. Everyone should calm down when making emergency calls and ensure that they said important information correctly.

Tip 1: Think about which hospital to go to

When 999 arrived, he asked me which hospital to go to. I said I would go to 3A S Hospital. He asked me: [Have you contacted me yet? Do you have a bed? ] I thought that, as was said on the Internet, 999 might encourage patients to go to hospitals with which they have an interest, so I insisted: “Contact is good, beds are available, doctors are waiting!” ]

Everyone had better think about which hospital they want to go to before calling an ambulance. If the patient is in critical condition and every minute is killing him, then go to the nearest hospital first.

If there is still time, then choose a 3A hospital with a higher level of corresponding departments. If you don’t know which hospital has a high level, then go to the 3A hospital nearest to your home.

After thinking clearly about which hospital to go to, one must stand firm and don’t listen to them saying that there is no bed to waver. For critical conditions such as myocardial infarction, emergency departments in various hospitals have green channels and it is impossible not to accept them.

Editor’s Note: If the large hospital is too far away to reach within 3 hours, it is recommended to make stents in the nearest small hospital.

In the emergency department of S Hospital, my father was quickly pushed into the catheter room of the Department of Cardiology and placed two stents for more than an hour.

Later, the doctor told me that my father’s right coronary artery had been blocked 95%. Fortunately, the doctor was sent to the hospital in time. Most of the myocardial function was restored after the stent was placed, but a small piece of myocardial necrosis still occurred.

Six hours after myocardial infarction occurs is the golden rescue period. Of course, the sooner the better. Although we have made so many mistakes ahead, fortunately we did not delay too late.

There are many painful examples, all of which were not paid attention to at the beginning of myocardial infarction, thinking that it was probably good to sleep when I was tired. As a result, I missed the treatment opportunity and led to tragedy. Every time I hear this, I feel scared.

Although the symptoms of myocardial infarction are not necessarily very typical, my father said that the patients themselves can still feel different. Many people feel that they have passed without serious endurance, so they don’t care too much.

Therefore, it is not a good thing to be too tolerant.

Be prepared and don’t regret for life.

After a week of hospitalization, my father is now recovering well and has been discharged from the hospital.

When we grow up, the world is so cruel that almost everyone has to experience the illness of their families. Everyone knows this in their hearts, but they are not willing to face it most of the time. They only hope that these things will come later and later. The same is true of us.

However, this year, two elderly people in the family have fallen ill one after another. My husband and I, two so-called “insiders”, have experienced various kinds of confusion and panic. This makes us understand that only by understanding the common diseases of the elderly and the countermeasures can we avoid regretting afterwards for life.