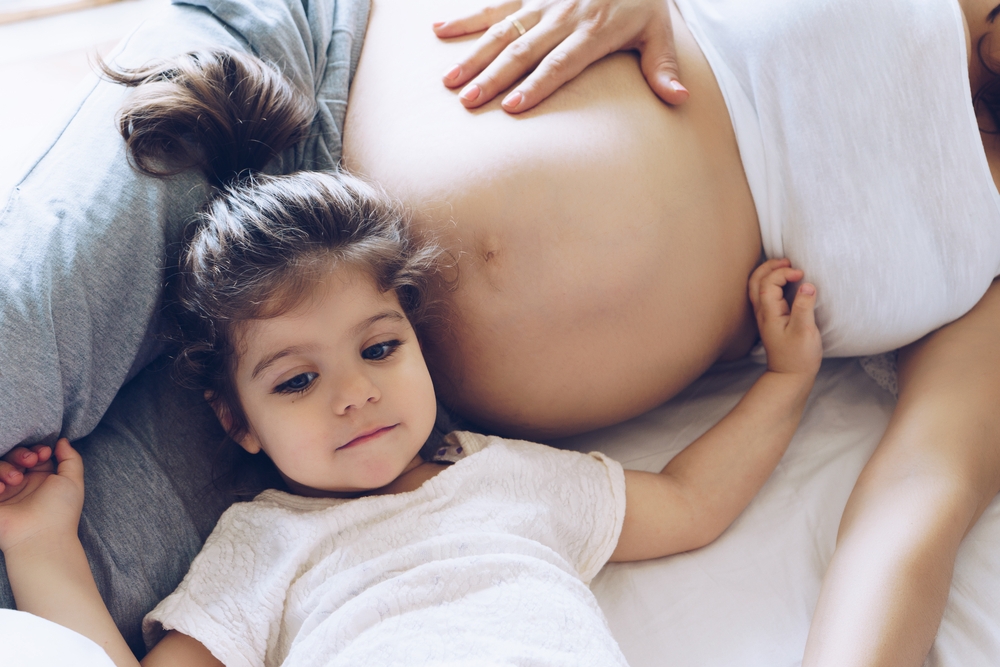 Since the full liberalization of the two-child policy, the number of women who went to the fertility clinic for consultation has also increased at once. Among the people who came to do consultation, the two kinds of situations are the most, that is, the elderly women (> 35 years old) and the women who have had cesarean section, accounting for more than 80% together.

The problem of older age

No matter how healthy your body is, no matter how many times you are pregnant, as long as you are over 35, you can be classified as a high-risk pregnant woman! The reason for this division is that pregnancy over 35 years old, whether pregnant or fetal, has significantly increased risks in all aspects.

When pregnant after the age of 35, the risk of the most common chromosomal abnormalities in the fetus will suddenly increase. According to statistics, the incidence rate of pregnancy among 45-year-old women has reached 5% for trisomy 21 syndrome alone.

When you put on radiation protection clothing, carefully select various green foods and avoid various drugs as much as possible, your age has increased your fetal malformation rate.

After the age of 35, the risk of various common complications during pregnancy and childbirth is also increasing.

For example, gestational diabetes mellitus, hypertensive disorder complicating pregnancy, placenta previa and postpartum hemorrhage all have the highest risk after the age of 35.

Caesarean section will also bring a lot of problems to reproduction. These problems are exactly what many people need to understand, and the following is a detailed introduction.

Caesarean incision is usually in the lower segment of the uterus. This place is very thin, Another scar, like barren land, is difficult to grow good crops, embryos here are difficult to develop healthily. In case the embryo falls here, in order to obtain enough nutrients, just like plants take root in the soil, they need to continuously take root in deeper places. Therefore, the embryo can easily break through the palace wall, causing serious hemorrhage.

The most frightening thing is that research shows that 37% of patients with pregnancy in uterine scars do not have any symptoms at first, and ordinary physical examination will not find what positive. That is to say, more than one-third of the people will not notice any of such dangerous problems even if they get them!

Although the occurrence of this situation is not high, only 1/1500 ~ 1/2300, but cannot be taken lightly. Women who have had caesarean section, when they are pregnant again, it is best to have a B-ultrasound examination during early pregnancy to eliminate scar pregnancy. If it is found, it is best to be hospitalized immediately. 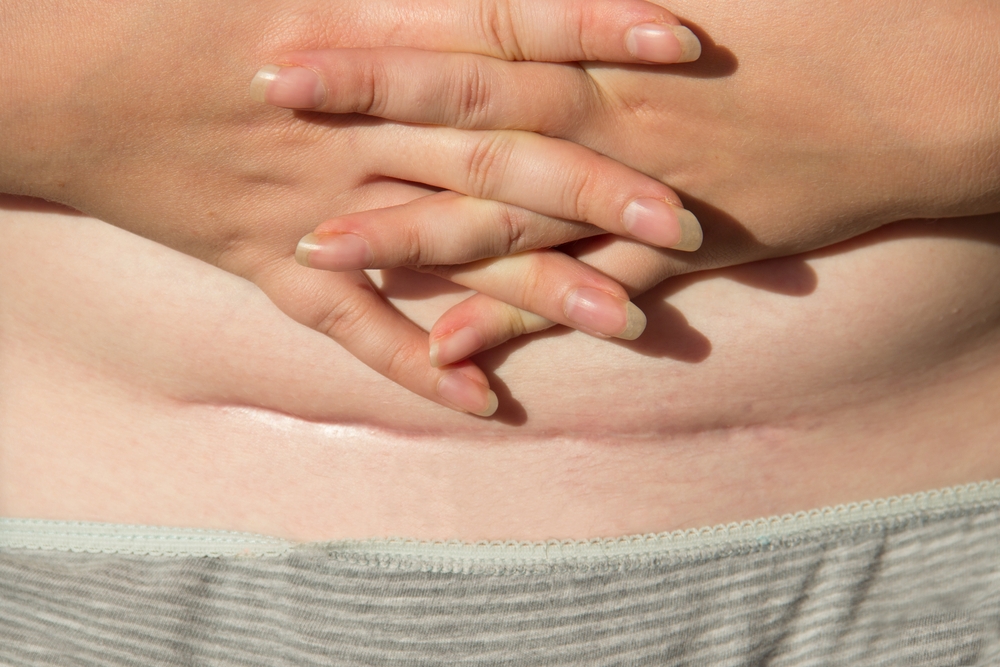 Placenta is a large logistics warehouse for storing blood and is an important organ for supplying blood to the fetus and ensuring its development.

To understand placenta previa, one must first understand what the normal situation is like:

Under normal circumstances, the location of placenta colonization is on the uterine body. During delivery, the fetus first delivers from the vagina through the cervix.

Then, within half an hour, the placenta naturally peeled off. When the placenta peels off, this large blood storage warehouse will have a relatively large amount of bleeding, which is the blood that happens to be stored in the warehouse at that moment.

Then, the uterus will undergo strong contraction, and the muscles on the uterus wall will be like gates, tightly blocking the blood vessels in the uterus, thus playing the role of compression and hemostasis.

In this case, in the process of uterus enlargement, the position of the lower segment, that is, the placenta, is elongated, and dislocation will occur between the placenta and the uterus wall, resulting in vaginal bleeding. If the amount of bleeding is not large, the gestational week can be extended again. However, if there is a lot of bleeding and adults are going into shock, then the pregnancy can only be terminated.

To say, if the placenta blocks the delivery door and the baby cannot pass through the delivery protege, wouldn’t cesarean section be enough?

It’s not that simple. Because there may be more serious cases, namely placental adhesion or implantation.

Because the placenta is not attached well, The fertility of the lower part of the uterus is obviously lower than that of the body. So if the placenta wants to get enough nutrients, We have to expand the area, at the same time, the root into deep, thus causing placenta previa patients placenta area is especially large, and the placenta and uterus wall stick very tightly, we call placenta adhesion. If the root of the placenta sticks to the myometrium of the uterus or even pierces the uterus, we call it placenta accreta.

Placenta adhesion, especially placenta accreta, will seriously affect uterine contraction and cause uncontrollable postpartum hemorrhage. Therefore, it is common for patients with placenta previa to undergo surgery and bleed 1 000 ~ 2 000 mL.

Cesarean section is an important high risk factor for placenta previa, Moreover, the more times cesarean sections are performed, The greater the risk of placenta previa, Implants are more likely to occur, It can even penetrate the uterus and be implanted into the bladder. This kind of situation has a special name in medicine, which is called [dangerous placenta previa]. Almost all such patients have to face premature delivery, with an average gestational age of less than 34 weeks. More than 70% of patients need blood transfusion due to massive hemorrhage. The proportion of bladder injury exceeds 30%, and the proportion of ICU (intensive care unit) occupancy is 30% ~ 70%.

Therefore, for women who are pregnant again with scar uterus, don’t think that the pregnancy process of the first child is very smooth, the second child is taken lightly, and B-ultrasound in the middle and third trimester of pregnancy can’t be less. But also more attention should be paid to, if there is vaginal bleeding in the third trimester of pregnancy, attention should be paid to it and timely treatment should be given to the hospital. 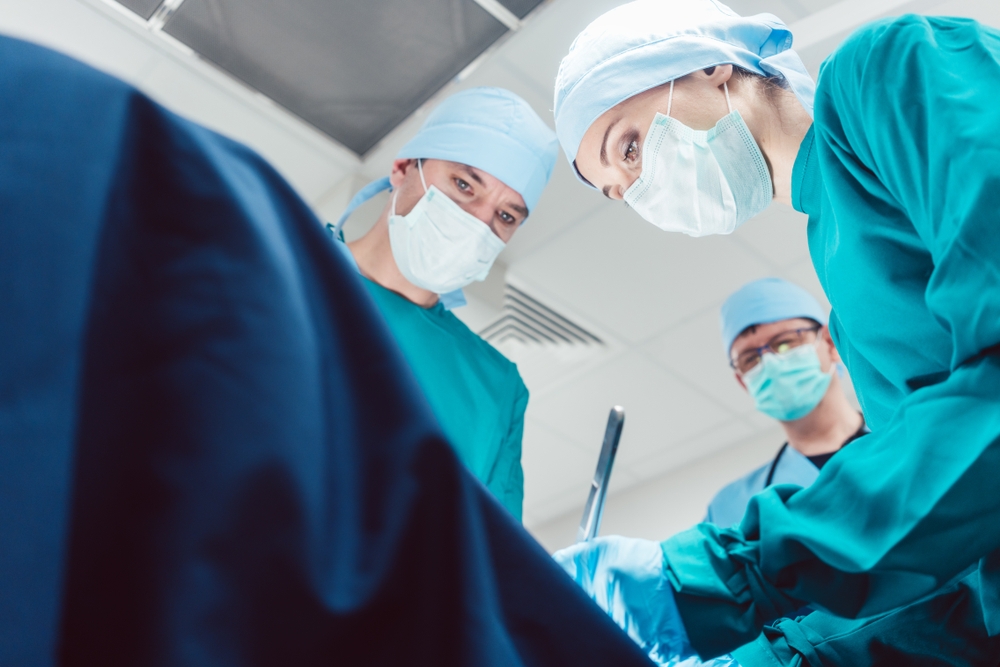 However, with the continuous accumulation of medical data, doctors found that even if the previous cesarean section was performed, uterine rupture may not necessarily occur when pregnant again, and even many people have successfully given birth in vagina.

Scar uterus is pregnant again. If pregnancy monitoring is done well, regular examination is carried out according to doctor’s advice, and appropriate delivery method is selected, the risk of uterine rupture can be controlled at 1%.

Can elderly women still be pregnant?

Having said so many risks, do older women or women who have undergone cesarean section before suggest not to be pregnant again?

After the country opened up a second child, The outpatient service also met some women who came to consult. In fact, their own desire to give birth was not strong, and some even did not want to give birth at all. However, their elders or husbands in the family had the desire to give birth again, so they had to come to the outpatient service for consultation, hoping that the doctor could give her a professional reason so that she could tell her family that she could not be pregnant again.

For this kind of situation, I can only say that from the perspective of medical profession alone, I cannot give such a reason. Although the risk has indeed increased, it is not big enough for doctors to ban pregnancy.

However, for these women, the medical reasons are really insignificant compared with her own personal wishes. Women have the right to decide their own children. If they do not have the will in this regard, then this is the biggest reason for not giving birth again.

Many people feel that the national policy has been opened up, just like issuing coupons, which must be used up and lost if they do not have a second child. However, having children is different from shopping, and one must consider personal wishes, maternity risks and parenting issues together.