Recently, there have been media reports that three members of the Yangzhou family have been found to have gastric cancer since the second half of last year. This article believes that this situation is related to the long-term eating of leftovers by the whole family because the leftovers contain nitrite.

Nitrite is what? Do you really get cancer if you eat leftovers frequently?

Nitrite is a salt made of nitrous acid and contains nitrite ion NO −. It exists widely in nature and is found in the water we drink and the food we eat.

Toxicological analysis shows that nitrite has certain acute toxicity, and its half lethal dose is 57 mg/kg (rodents). Poisoning cases usually only occur in infants with unsound metabolic ability or people who eat nitrite by mistake.

In fact, what is really worrying is the chronic toxicity of nitrite. Because nitrite and protein decomposition products react under acidic conditions, nitrosamines are easy to produce. Nitrosamines are recognized carcinogens, and the pH value in human stomach is just suitable for the formation of nitrosamines, so intake of nitrite will increase the risk of cancer.

Nitrite will increase the risk of cancer, why use it?

In addition, after nitrite is added to meat, it can combine with heme in meat to form pink nitroso heme, thus making meat products have good-looking pink after cooking, which is the chromogenic effect of nitrite.

Where does nitrite come from in life?

Nitrate and nitrite are abundant in the environment, for example, drinking water contains a small amount. However, nitrite in qualified water sources is generally not large and will not cause safety problems.

All plant foods contain nitrite. When plants grow, they use natural nitrogen to synthesize amino acids. Nitrate will inevitably be generated in this process, and some reductases in plants will reduce some nitrate to nitrite. Therefore, all plants contain nitrite, but the content is not high under normal circumstances.

Animal food (non-processed meat products) has very low nitrate and nitrite contents, and usually there is no need to worry about nitrite production during preservation. 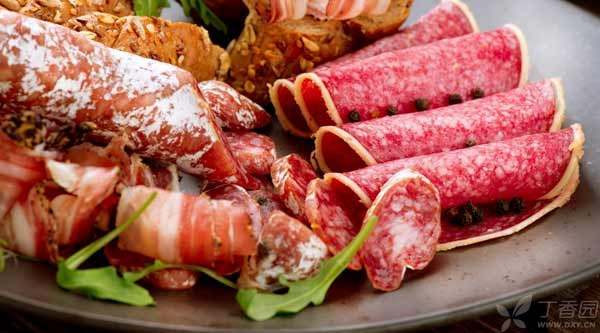 Can eating leftovers cause cancer?

Three members of a Yangzhou family were found to have gastric cancer or intestinal cancer, and a large number of media reports said it was caused by eating leftovers for a long time. Can eating leftovers really lead to cancer?

Nitrite in leftovers is not produced out of thin air, it is produced by nitrate reduction through enzymes produced by vegetables themselves or bacteria. Cooked leftovers are very suitable for bacterial growth, so nitrite will be produced.

However, whether it can cause definite damage depends on [dosage], that is to say, it depends on the nitrite content in the food you eat.

Some studies show that if a newly prepared dish is put in the refrigerator without turning it over, the nitrite content will only rise from 3 mg/kg to 7 mg/kg the next day, far lower than the national standard. Therefore, in general, the nitrite content in leftovers cannot reach the level harmful to health, and it is not too big a problem to eat leftovers occasionally.

In fact, the causes of cancer are actually very complicated. It is caused by the combined action of many factors. For example, the gastric cancer mentioned in the news, its related pathogenic factors also include Helicobacter pylori infection, gastric ulcer, gastric polyp, heredity, etc. Therefore, the conclusion that [eating leftovers will cause gastric cancer] is very imprecise based on this clue in the news.

Can we eat leftovers?

Many people are very worried when they see this news. They dare not put leftovers in their homes. Even some people who bring food to work are afraid. So can leftovers be eaten?

In fact, leftovers are not as horrible as rumors say. The nitrite produced in leftovers is not very large and does not reach the carcinogenic level. It is not a big problem to eat them once in a while.

However, the production of nitrite is mainly due to the activity of bacteria in leftovers, and there are still certain health risks. Therefore, it is recommended that everyone eat as little or no leftovers as possible.

Four Suggestions for Stay Away from Nitrite

Although leftovers are not necessarily harmful, eating too much nitrite is not good for health, so how to stay away from nitrite?