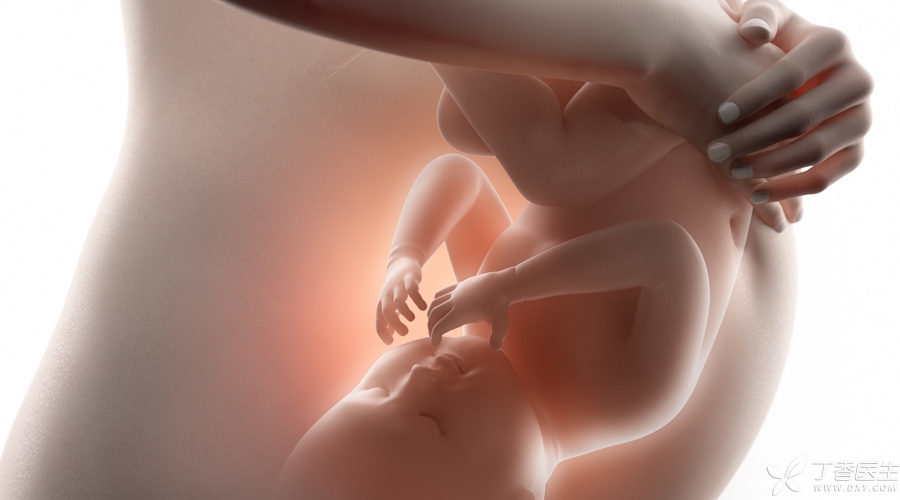 After pregnancy, the small creatures in the belly are growing rapidly. Do you want to know that TA has experienced some changes in what? Ding Ma will tell you month by month with some pictures today.

From time to time, expectant mothers ask: [Pregnancy] started in what?

Obstetricians and gynecologists will count from the mother’s last menstruation, but in fact, in the first week of [pregnancy], the egg and sperm have not yet combined-the egg girl is still sleeping in the ovary in the form of follicles, and the uterus, the hotbed for the future development of embryos, is still growing and changing to prepare for pregnancy.

Until the second week, an egg matures in the ovary and swims into the fallopian tube, waiting for the arrival of the sperm gentlemen.

Eggs can survive in the fallopian tube for about 24-36 hours. During this period, hundreds of millions of sperm will swim to the egg, and finally only one sperm will be lucky to combine with the egg to form a fertilized egg.

At this time, a new life began. 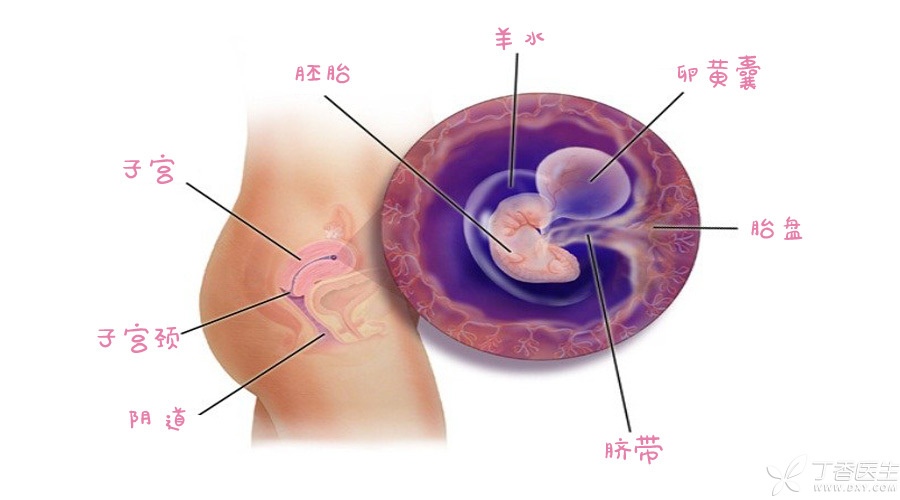 The fertilized egg descends along the fallopian tube into the uterus and implants on the uterine wall, starting the formal [growth and development] stage.

How old is the one-month-old baby? About the size of a grain of rice.

During this period, the fetus’s brain, spine and heart gradually began to develop. Although they were not yet formed, the approximate shape was available.

A 2-month-old baby is about the same size as a melon seed.

At this time, the embryo has begun to take shape, the face can distinguish the outline of eyes, ears and mouth, and the limbs begin to appear fingers and toes.

At the age of two months, the baby’s heart has taken shape and started beating. When doing B-ultrasound, you have the opportunity to see the beating of the baby’s heart. 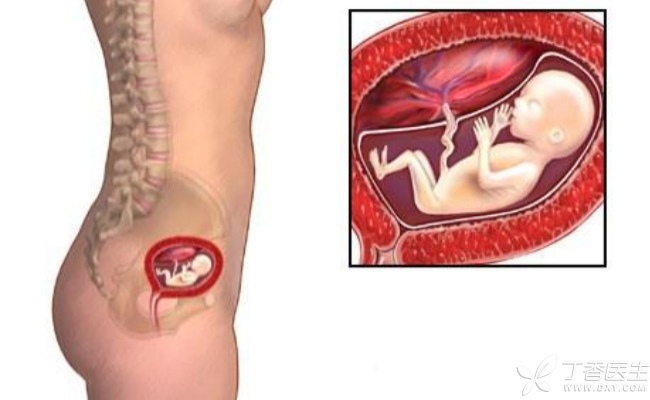 The 3-month-old baby is about the same size as a small lemon.

At this time, the fetus has completed the most critical part of its development, and all internal organs have found their own positions step by step and started to grow.

At this stage, the baby’s bones begin to harden and his limbs can move unconsciously.

At this time, the space in the uterus is relatively large, and the baby can move freely in the amniotic fluid. However, their activities at this time are still very slight, and the mother cannot feel them.

The 4-month-old baby is about the same size as a mango.

They already suck and yawn at this stage, and may have a chance to see it during B-ultrasound examination.

The baby’s limbs are further developed, and their hands can do more subtle little tricks, such as opening, clenching fists, and even making some gestures.

During this period, the baby became very active, he began to change various postures, and most mothers began to feel the baby’s belly activity for the first time at this stage-that is, fetal movement.

In addition, with the growth of the external genitals, its appearance gradually becomes clear. The sex of the baby can already be seen through B-ultrasound examination.

During this period, the baby’s facial features developed rapidly and he could already make some complicated expressions such as frowns and smiles.

With the development of hearing organs, babies at this stage can begin to hear the voices of their mothers inside or even outside the body. Mothers-to-be can speak gently to their stomachs, and babies can feel your love.

Since then, the weight of the fetus has entered a stage of rapid growth-the belly has hardly grown up rapidly from the previous week, and the number of fetal movements has also increased significantly. 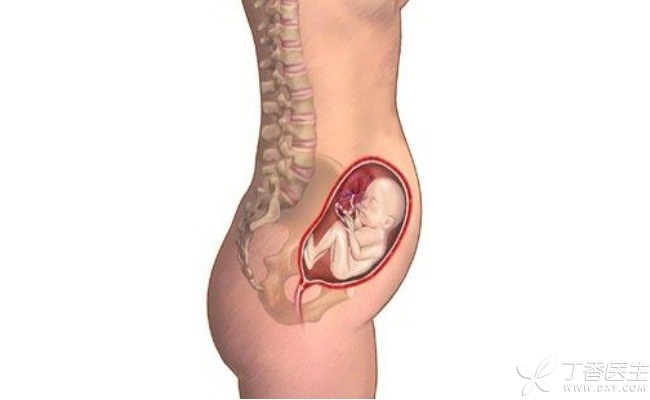 The 6-month-old baby, whose head is already the size of a pear, is about 30 cm long, weighs about 600 g and weighs more than one kilogram.

The baby in this period has begun to look like a newborn. All organs have developed, but as subcutaneous fat has just begun to deposit, the skin will look wrinkled.

In addition, the baby’s sleep rhythm is also gradually forming, and their fetal movements become regular with the sleep cycle.

From now until birth, the baby’s weight will increase 4 ~ 5 times.

At this time, the baby is old enough to fill the whole uterine cavity, so the mother can feel the baby’s [dancing] more truly.

Compared with before, the baby moves more frequently and is easily stimulated by external sounds. Sometimes his small hands or feet will [beat] his mother’s belly into small bulges one by one.

In addition, the baby began to have more [feelings]: his eyes could be opened, he could sense light and color, he began to have a sense of smell and taste, and tasted this brand-new world.

With good luck, B-ultrasound can see the baby blink.

The body of the fetus is basically mature, but the lungs need more time. If this period of time is suddenly born, they are prone to neonatal respiratory distress syndrome.

Their bodies are further enlarged, but due to the limitation of the space in the uterus, the baby’s activities become less frequent.

The baby’s skin has changed from transparent to pink. With the accumulation of subcutaneous fat, the body has also gained weight. 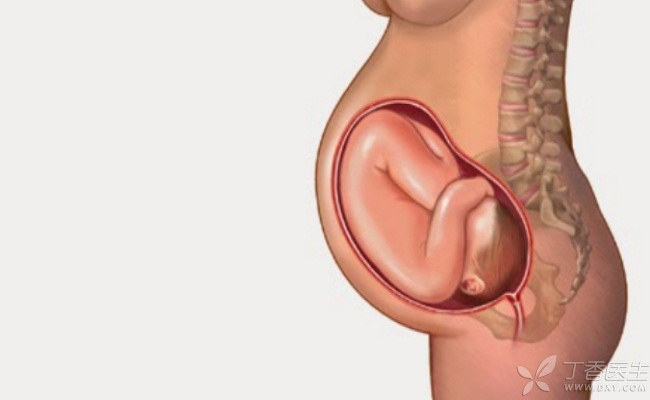 During this period, the baby’s whole body organs, especially the lungs, are further developed and mature, waiting for birth.

Nine months later, the baby’s fetal position was basically fixed, and the baby began to gradually go lower and enter the mother’s pelvis, ready for birth.

The 10-month-old baby is fully mature, with ruddy skin and much subcutaneous fat. After birth, the baby has good breathing and sucking ability and can survive well.

Most babies will be born around 39 weeks, so during this period, mothers should be ready to give birth at any time.

In addition, the mother should pay close attention to the fetal movement of the baby before the delivery starts, and go to the hospital in time to prevent the baby from suffering from intrauterine hypoxia in case of abnormalities-such as sudden frequent fetal movement or sudden disappearance.