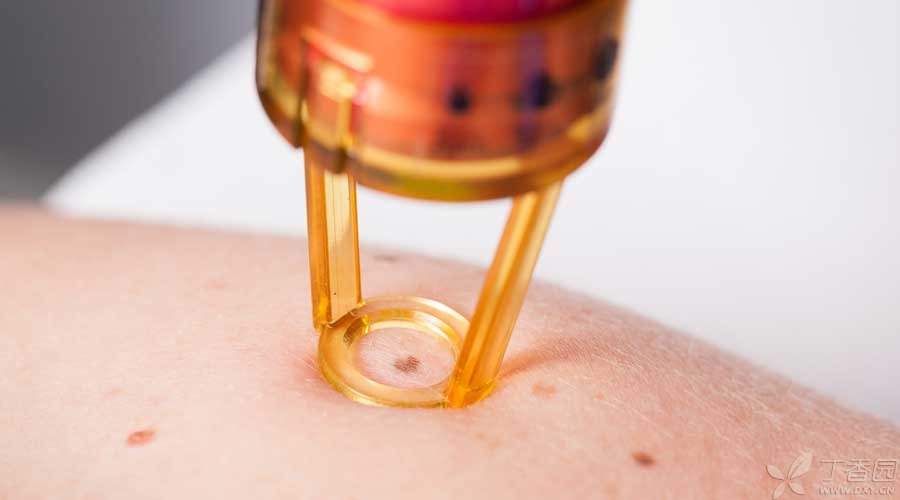 Many people have pigmented moles on their bodies, which are often not affected by what, but sometimes some moles affect their beauty, and some so-called [crying moles and loose wealth moles] affect people’s psychology.

Apart from this aspect, if moles do not grow in the right place or in the wrong color, then it may be a scourge: a movie [If You Are the One] makes many people worry that black spots on their bodies will become melanoma. This is how the need to remove moles arises.

The laser dot mole, dubbed as “simple treatment process, safe and reliable, good effect, no complications, no side effects, simple postoperative care, and no influence on normal work and life”, has blossomed everywhere in beauty salons and is colorful. But it is another situation in hospitals.

When the patient said bluntly: “Doctor, if I order moles, I will use laser!” ] The doctor was not active, looking left, right and even taking out high-end equipment to take a picture.

Finally, most patients who want laser dot mole, or after explanation, persuade to give up treatment, or are advised to undergo surgery, always bypass the [laser dot mole] tactic. Sometimes the patient does not understand, thinking that the doctor is playing tricks on his mind, wants to do more surgery, or is irresponsible, prevaricating the patient and so on, why is this?

Pigmented nevus is divided into intradermal nevus, borderline nevus or mixed nevus. Some nevus go deep into the dermis. If laser dot nevus cannot reach the effective depth, black spots often appear again in the pit behind the dot, and some still relapse after repeated lasers.

The nevus that can be completely removed by laser dot nevus is often intradermal nevus. This nevus is generally protruding on the skin surface. It is relatively large, round and mostly black. It may also have hair on it. It is a safe nevus and does not need treatment.

Laser dot nevus can be basically divided into invasive and non-invasive categories, and each method has its own shortcomings:

Invasive: CO2 laser is often used to carbonize and vaporize all nevus cells and pigment particles. This dot mole method is more thorough, It is not easy to relapse, However, pits and scars may appear. Non-invasive: Using non-invasive beauty laser, only remove the pigment in the pigmented nevus, but do not damage the skin and pigment cells, do not leave pits and do not produce scars, but it is easy to relapse. Because the nevus cells in the pigmented nevus still exist, it will continue to produce pigment. Over time, the pigmented nevus has returned to its true colors and needs repeated laser to maintain the curative effect.

Many patients want to remove a large mole to prevent the surrounding small mole from growing up, which is impossible.

Pigmented nevus is neither male nor female, nor infectious. Whether nevus grows in a certain part depends on whether abnormal aggregation of pigmented cells occurs during embryo development.

In other words, laser dot mole cannot prevent mole growth in other parts.

Some scholars have carried out pathological analysis on the recurrent pigmented nevus after laser dot nevus, and found that nevus cells have undergone different degrees of atypical changes.

This suggests that [repeated stimulation may cause malignant transformation of pigmented nevus] is not just a hypothesis. 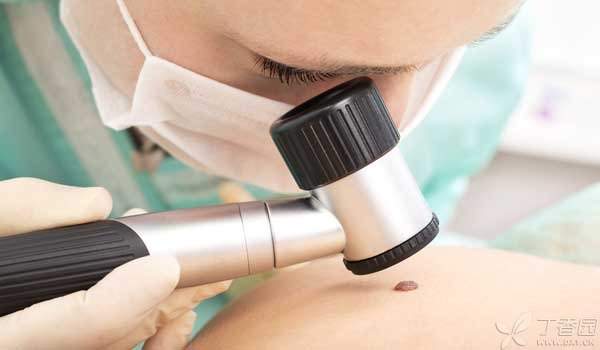 Some people who seek medical treatment, dot mole is indeed to eliminate strong psychological burden. They think that this mole affects their life, wealth, feelings, etc. As doctors, it is necessary to respect their thoughts.

For nevus without malignant transformation tendency, if the patient strongly refuses surgical resection, laser can be used. However, laser dot mole is never advocated.

Surgical resection is the first choice.

In most cases, we recommend surgery because:

Surgical resection can reach the ideal range and depth and be completely removed at one time. The removed nevus can scientifically judge benign and malignant through pathological examination. If there is malignant lesion, it can be found and intervened early.

Surgical resection is recommended for the following situations:

Long-term friction stimulation of nevus, Such as moles on the bra, waist and back of neck, Considering the possibility of malignant transformation caused by friction. Moles in nail grooves and subnail, The nail groove is connected to the skin under the nail. May grow under the nails, Blocked by fingernails, It is not easy to see the change, And on the limbs, The probability of malignant transformation in the future is greater. Mole with irregular appearance, The possibility of malignant transformation is high, Such as blue nevus, very black nevus, uneven color, uneven or irregular edge, unclear boundary, left and right asymmetry, diameter greater than 0.5 cm, Nevus with abnormal distribution of peripheral blood vessels. A single nevus suddenly changes rapidly. If it is a single nevus that suddenly changes rapidly, causing redness, itching, pain, ulceration, running water, or a few newly born small nevus on the edge of a large nevus, it indicates that malignant transformation may occur and should be resected in time. Laser dot nevus recurrence is also recommended for surgical resection.