At the beginning of 2015, several media began to pay attention to a drug called [Lantigen B]. It is said that many children have used the drug as a second type of vaccine (i.e. A vaccine at their own expense), and many vaccination sites have also recommended it to parents as a vaccine.

However, on April 10, Yu Jingjin, director of the Disease Prevention and Control Bureau of the State Health and Planning Commission, made it clear at the press conference that [Lanjunjing] is not a vaccine, but a [therapeutic biological product] approved by the State Food and Drug Administration and cannot be used as a vaccine.

Later, a well-known financial weekly published an article called “Lanjunjing Disturbance”, which was reprinted by major media. The article pointed out sharply that [this is a “scandal” in the field of vaccine medicine, which directly exposed the management loopholes in China’s public health system].

At that time, there was a lot of discussion. This was another time that attracted attention in the news related to vaccines in recent years.

According to its product instructions, it is an oral drop, which can prevent and treat bacterial infection of upper respiratory tract by stimulating immune cells.

Is [Lanjunjing] a vaccine or not?

According to the Regulations on the Administration of Vaccine Circulation and Vaccination promulgated in 2005 (Decree No.434 of the State Council), vaccines are [vaccines and preventive biological products used for human vaccination in order to prevent and control the occurrence and prevalence of infectious diseases.]

After verification, [Lanjunjing] was registered with the State Food and Drug Administration as [therapeutic biological products]. 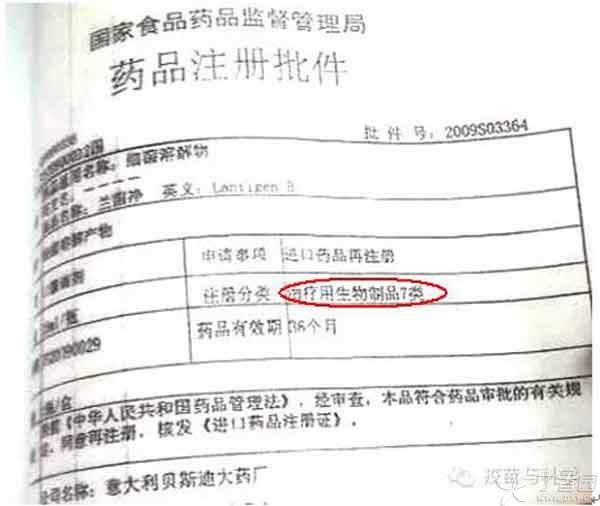 The author continued to search FDA websites in the United States and found no record of [Lanjunjing] obtaining certification. There is no information that it can be used as a vaccine in many authoritative documents such as US Pharmacopoeia (USP 35), European Pharmacopoeia (EP 8.0) and British Pharmacopoeia (BP 2013).

What is the safety of [Lanjunjing]?

Mothers don’t have to worry too much.

In addition, up to now, no records of serious adverse reactions caused by [Lanjunjing] have been found.

In short, the test of therapeutic drugs needs to be carried out among patients. The third phase of clinical trials that the vaccine needs to pass need to be conducted in healthy people.

The drug acts on people of different ages, and the safety test passed in adults does not mean that the drug can be applied to people of all ages.

Unfortunately, we cannot know at present what kind of population and how the clinical phase III trial of [Lanjunjing] is aimed at as a therapeutic biological product. However, according to its registered category, it can be inferred that it is safe to use as a therapeutic biological agent, but we do not know whether it is also safe to use as a vaccine.

For this reason, Zhang Silai, a well-known pediatrician in China, also said publicly: [Lanjunjing is a therapeutic drug, a prescription drug, and should be used under the guidance of doctors.]

Can such drugs be widely used in healthy people like vaccines? What is the safety of healthy children after extensive use? I’m afraid they all need further research.

Literature suggests that [Lanjunjing] has certain therapeutic effect on patients with recurrent respiratory tract infection and can prevent them from continuing to infect.

However, these studies usually have some problems:

More notably, [Lanjunjing] The selection criteria for relevant research subjects are all children or adults with recurrent respiratory tract infection. After using [Lanjunjing], whether healthy children can really [enhance autoimmune function, prevent upper respiratory tract infection, let babies stay away from diseases and grow up healthily] as proposed in the advertisement needs to be put into a big question mark.