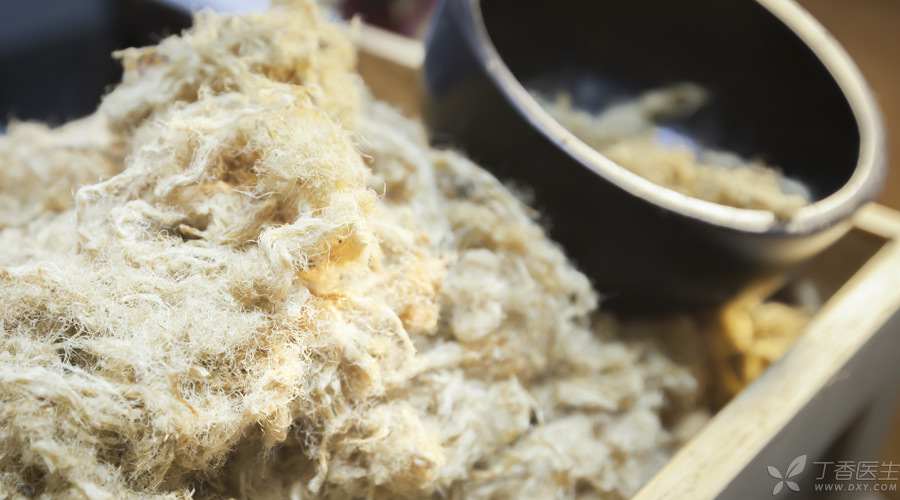 When I was a child, I thought the meat floss was especially delicious, fragrant and crisp, and it could be directly used as snacks. It could be mixed with steamed bread, white rice or porridge to upgrade the food to a higher level.

At present, many brands have introduced children’s meat floss, even infant meat floss, which makes parents more worry-free when purchasing.

To answer these questions, we need to know first that there is what in the meat floss.

Isn’t there meat in the meat floss?

In general, only 3-4 kg of meat floss can be made for every 10 kg of pork. In order to reduce the composition, manufacturers use soybean flour, which costs only 1/10 of pork, to increase the weight.

In addition, soybean flour is very good at absorbing oil and can make meat floss more crisp during frying. 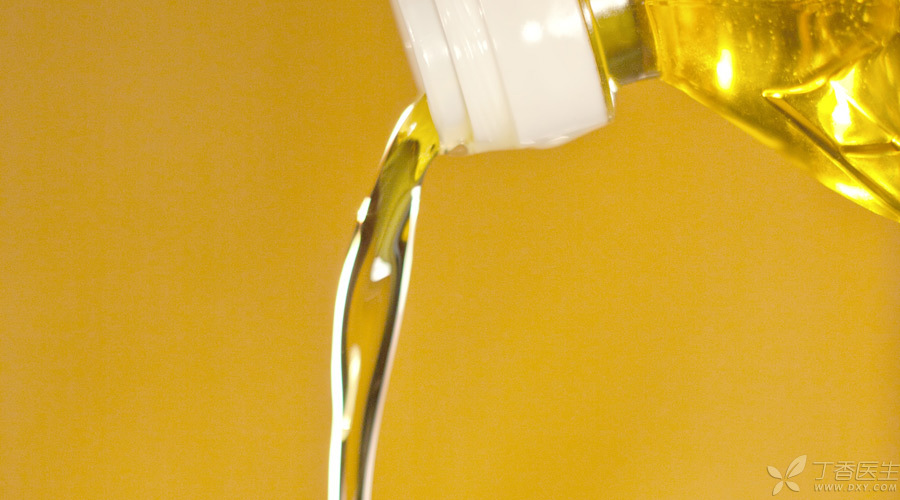 Can I still eat meat floss with bean flour?

In short, it can be eaten.

If it is pure meat floss, the water in the meat will evaporate during the frying process, which is equivalent to concentrated protein. For children with small appetite or picky eating, this kind of food is indeed a good choice to supplement protein and calories. Babies aged 6 months to 1 year old can also train their chewing function by adding pure meat floss without seasoning to the rice paste.

Does soybean flour have nutritional value?

Nutritionally speaking, meat and soybean protein powder are both high-quality proteins and are easily absorbed by the human body. Pea powder is different and belongs to non-high-quality proteins. It needs to be eaten together with corn or rice to achieve the effect of supplementing protein.

That is to say, in theory, even if the meat floss is added with bean flour, children can eat it and nutrition can be guaranteed.

However, this kind of meat floss has two problems:

Can’t children eat the meat floss sold on the market?

This should be the most concerned question for parents. Generally speaking, the answer is to eat, but eat less. How much do you eat? Don’t eat it as a snack all the time, just do it. As seasoning, it is no problem to add a little when drinking porridge and eating.

So, what about how after eating too much?

1. The calories are too high, be alert to obesity.

We selected a kind of children’s meat floss with high sales volume on the market to analyze its composition, and found that the calories per 100g of meat floss are 440 kilocalories, of which the calories from fat are the highest, followed by carbohydrates (the names of sugars such as starch and granulated sugar) and finally protein. 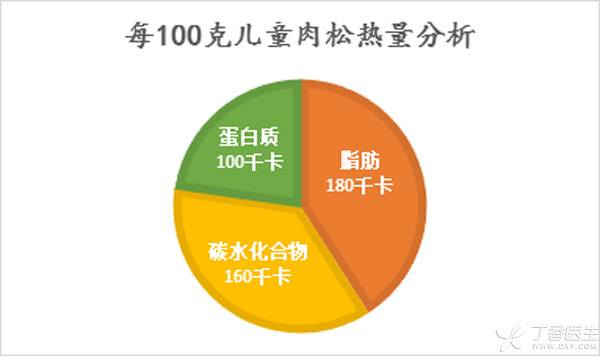 Meat and bean flour are obviously protein-rich foods, why are there more fat and sugar?

Because manufacturers also buy meat floss in order to make customers feel delicious, they need to add a lot of oil and granulated sugar to stir-fry it. In addition, the pea flour mentioned earlier also has a higher carbohydrate content than protein.

2. The taste is too heavy and the kidney is burdened.

If it is pure meat floss, even if it is added with bean flour, it is a good source of protein. Unfortunately, in order to sell meat floss on the market well, merchants will lay a heavy hand on the seasoning process, adding a large amount of oil, sugar, salt and soy sauce during seasoning.

As a result, the calorie content of meat floss is higher than that of meat before frying, plus oil, sugar and sodium, which makes it unhealthy food.

We know that children under the age of 1 are not suitable for eating seasoned food, and children over the age of 1 should also try to avoid foods with heavy tastes to maintain the sensitivity of taste buds.

Some brands of meat floss have a sodium content of as high as 1,400 milligrams per 100g. Even if they are packaged in a small package of 28g, they will eat nearly 400 milligrams of sodium at once.

Children aged 1-3 need 1,000 milligrams of sodium every day. If they eat too much, they will increase the burden on their kidneys and the risk of hypertension in the future.

Some parents may ask: Can I drink more water?

No matter how much water you drink, you still eat so much sodium. Besides, if you drink more water, isn’t it just a burden on your child’s kidneys? 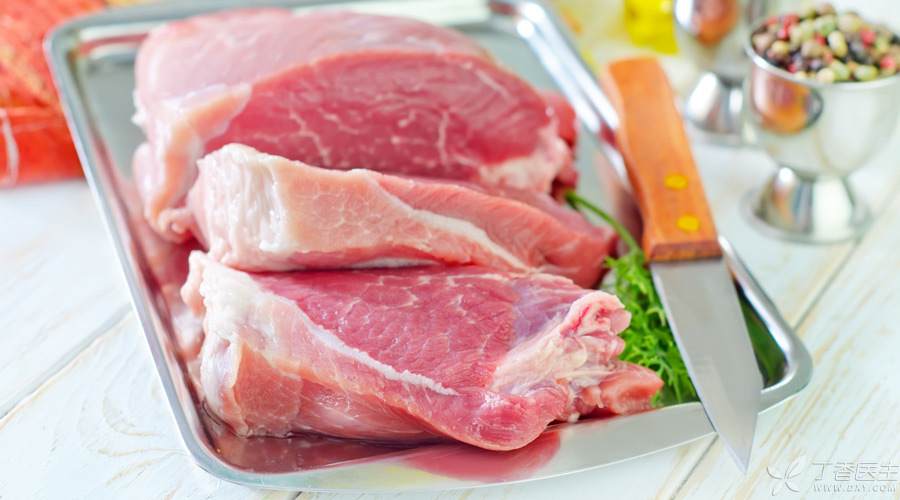 How to buy meat floss for children?

At present, China has safety standards for milk powder and supplementary foods for infants aged 0-3 years old, but no relevant food standards have been issued for children over 3 years old, and the dosage of additives is calculated as adults.

Some manufacturers may do these things in order to make customers like their products more:

Inferior meat and bean flour are used as raw materials, and heavy flavors are used to cover up the freshness of the ingredients. In addition to salt, sugar and soy sauce, licorice powder, a natural sweetener 200 times sweeter than sucrose, is also used to sweeten and aroma the food. Additional substances such as nitrite and pigment are added to make the appearance better and the color looks bright and even.

Therefore, as consumers, we have to master the following skills.

1. Meat is not important, manufacturers are more important.

Pork floss, beef floss, fish floss, choose different meat, in fact, the nutritional value will not be too bad.

The purchase of meat floss is mainly to choose manufacturers with quality assurance to ensure that the raw materials are fresh enough and the production process is standardized enough.

Apart from meat and bean flour, the less other raw materials, the better. 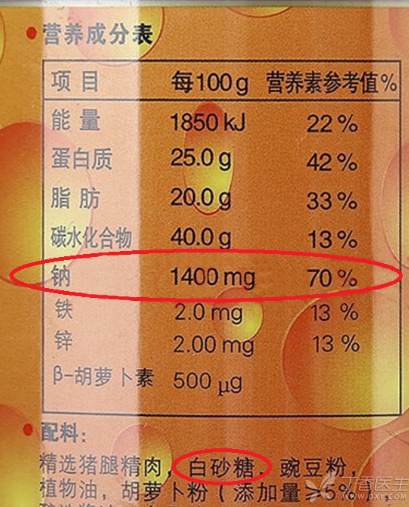 The nutritional composition table focuses on the added sugar and sodium content. The sodium content is preferably lower than 300 mg/100g of food. The lower the sugar ranking, the better.

Do you buy more meat floss and bean flour?

The meat quality of pork is relatively thick, so the pork floss looks more solid or can see filamentous fibers. If there are many fine powders in the bag, it means that the proportion of soybean flour mixed is relatively high.

4. Children’s or ordinary? No difference

No matter whether it is children’s meat floss or ordinary meat floss, as long as the above-mentioned principles are followed and the ingredient list and nutrition labels are clearly seen, it is not easy to be confused by business gimmicks.

Generally speaking, infants and children’s meat floss will be made into powder to take care of children’s oral cavity and teeth that are not yet fully developed, making it easier for children to eat.

However, powdered meat floss also makes it more convenient for manufacturers to replace higher-cost meat with a larger proportion of soybean flour. 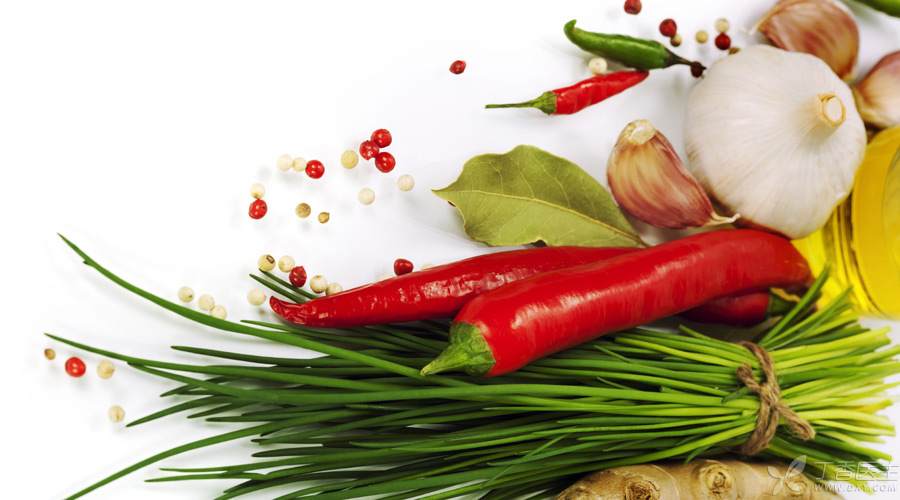 Why don’t you make your own meat floss?

In fact, it is not too complicated to make meat floss at home, and the dosage of grease, granulated sugar, salt and other seasonings can be controlled to make pure meat floss with high quality and rest assured for babies.

Braise pork, ginger and scallion in boiling water for 1-2 hours until soft and rotten. Remove the pork and drain, put it into a fresh-keeping bag, crush it with a rolling pin and break it into filaments. Add vegetable oil and seasonings to the filaments, and stir-fry with minimum heat until completely dry, about 25-30 minutes.

After the fried meat floss is cooled, it is put into a clean container and can be refrigerated and stored in a refrigerator for about 1-2 months.