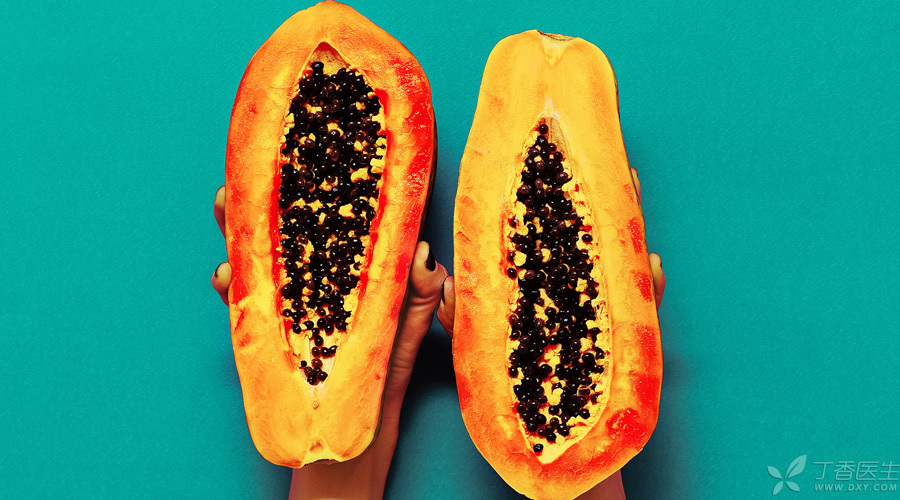 Having a pair of natural and straight breasts is the dream of many women. After many female stars were found to have increased their size, they vowed to give papaya as their secret. Especially [papaya + milk], it sounds like [big, white and tender], Yingying can hold, very tempting.

The expression “papaya breast enlargement” probably originated from the [plump] appearance of papaya itself, giving people infinite imagination of “supplementing shape with shape”. In the legend of breast enlargement, these two common [principles] are:

Papaya enzyme can decompose protein and promote the absorption of protein by the body.

Papaya Enzyme: Decomposes Protein, but Does Not Enlarge Breast

The word [enzyme] comes from Japanese, That is, [enzyme] in our Chinese. Papain and papain are one kind of things. Generally refers to papain, chymopapain, amylase, etc. Compound together. When we eat papaya into the mouth, and then eat into the stomach, they will be decomposed by pepsin, there will be no complete, active papain, continue to play the role of [breast enlargement].

Besides, this is just eating papaya raw as fruit. If you cook papaya soup or use soya-bean milk machine to make papaya milk, papain will lose its activity when heated, let alone have any effect.

Vitamin A: Human body needs it, but it does not enlarge breasts.

Papaya is rich in carotenoids, some of which can be converted into vitamin A. As carotenoids are ingested through food, it is not easy to cause excessive vitamin A and adverse reactions. Eating papaya is a relatively safe way to supplement vitamin A.

But the key is that vitamin A does not stimulate estrogen secretion, so it has no effect on breast enlargement.

The breast is actually mainly composed of connective tissue, breast glands and adipose tissue. In addition, pectoralis major muscle will also affect the appearance of the breast due to its supporting effect. Therefore, if you want to make the breast bigger, the key is to make these parts bigger.

Connective tissue mainly plays the role of hanging breast. Simply put, it is to prevent breast prolapse. Except for tissue fracture caused by excessive stretching, it is generally not affected by external factors.

Breast volume accounts for about 1/3 of the breast. Adolescent breast development is stimulated by ovarian secretion of estrogen, and various breast enlargement tricks are actually around estrogen.

Some breast enlargement methods will recommend taking health food (or even drugs) that contain estrogen or can synergize estrogen. However, in this way, the risks are likely to outweigh the benefits. For example, breast lumps, precocious puberty in children, and possibly giant breast disease.

Other breast enhancement dietotherapy, it is suggested to seize the week after menstruation [food supplement]. However, this is only with the approach of ovulation period, breast under the influence of estrogen, the volume of natural swelling, even distending pain. If you happen to observe these days, you will naturally mistakenly think that food supplement has produced [miraculous effect].

Fat? Yes, but don’t you want to lose weight?

Fat accounts for nearly two-thirds of the breast volume. Some girls go on a crazy diet for waist circumference. As a result, when looking in the mirror in the bath, I began to scream at my upper body… The proportion of breast fat in the three encirclements is the largest, and of course [shrinkage] is also the most obvious. As for what peanut pig trotters soup and yam stewed mutton, as long as you get fat, your breasts will naturally become larger. Therefore, keeping chest circumference still requires a balanced diet and cannot lose weight blindly.

Muscle training? Be careful to backfire!

Through exercise, the support of chest muscles can make breasts look more [tall and straight]. However, exercise will also reduce fat. The most extreme effect is to look at the breast size of female bodybuilders.

Papaya breast enlargement is only a legend and has no scientific basis.

With a common heart to achieve a balanced diet, proper exercise, wearing the right bra is good, and puberty and pregnancy breast also have the opportunity to become bigger.