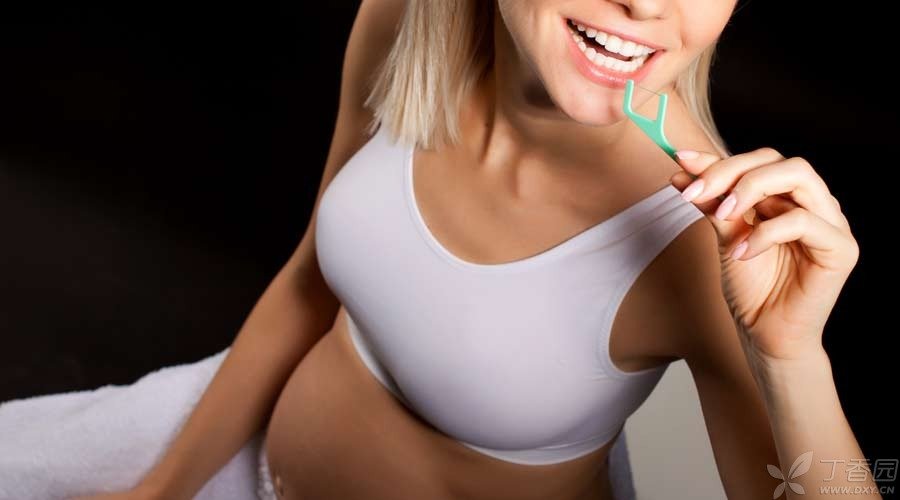 Today, Ruhua went to see her teeth. The doctor advised her to pull out her wisdom teeth, which she had treasured for many years.

[Clearly, the last doctor said that if this tooth is not swollen or painful, it can be treated without treatment, which is too much! ]

[People clearly said “don’t deal with it for the time being”… Are you telling the doctor that you plan to get pregnant? ]

[That’s over. The last doctor was for hello and today’s doctor is also for hello.]

It’s strange, isn’t it? The reason for pulling wisdom teeth turned out to be [pregnancy]?

Being a mother is great because it takes a lot of effort. From the perspective of stomatology, it is also true. This is a popular science for girls planning to get pregnant, hoping to help expectant mothers through this long 10-month gestation period.

Pregnancy is a period of high incidence of periodontal diseases.

Women are especially prone to periodontal problems during pregnancy, because estrogen and progesterone levels in the body increase significantly after pregnancy, which will aggravate the existing gingival inflammation.

According to the survey data in 2008, [among 700 pregnant women in Shanghai, the incidence rate of gingivitis during pregnancy is 73.6%]. Undesirable irritants such as tartar may always exist. However, it can’t do anything to you at ordinary times, and taking advantage of the opportunity of pregnancy, it can finally come out and brush [sense of presence].

For example, the inflammation of wisdom teeth that troubles many people is actually a special kind of gingivitis. At ordinary times, it may only cause swelling and pain around wisdom teeth for a while every few months. However, during pregnancy, it will intensify and even visit every month like a big aunt before pregnancy.

In addition, a few unlucky expectant mothers will grow a tumor on their teeth, which is especially frightening and will bleed at the touch. The incidence rate of this [gingival tumor] during pregnancy in various studies is about 0.4% ~ 5%.

Therefore, doctors often advise female friends to wash their teeth before pregnancy so as not to allow periodontal disease to take advantage of during pregnancy.

Pregnancy [critical period], not suitable to deal with dental problems

In addition, pregnant women in the first three months are prone to nausea and vomiting, making oral operations difficult. Pregnant women should not sit on the surgical chair for a long time in the next three months. In such cases, doctors need to make a comprehensive balance on the condition of pregnant women. Even if an oral emergency occurs, doctors usually only make conservative treatment to relieve the symptoms. They will never go to war and reduce the risk of expectant mothers as much as possible.

For example, problems such as wisdom tooth inflammation occur during the [three months before and after] pregnancy. Doctors will tend to be conservative and only do symptomatic treatment such as flushing, and then expectant mothers will have to survive this period on their own. But in case it happened to catch up with pericoronal abscess, acute periapical periodontitis and other conditions at this time, it would be quite difficult.

In this special period of time, serious problems are encountered, not that they cannot be treated, but that expectant mothers and babies need to bear considerable risks in the treatment process.

Therefore, if you don’t do a good job of prevention before pregnancy and happen to encounter dental problems during the [critical period], the expectant mother is ready to be a [prospective man]!

Even in the [treatment safety period], the operation is not simple.

The first three months and the second three months of the above [critical period] are the [treatment safety period] of dentistry during pregnancy, and normal treatment can be carried out.

In dental treatment, X-ray examination is a common auxiliary method, which integrates a series of functions such as screening, positioning and evaluation, with low price, good quality and low radiation. With its help, the treatment difficulty of many dental problems has been greatly reduced.

However, doctors generally do not X-ray pregnant women.

If you don’t take pictures of your teeth, then many dental operations are a bit blind, and you may have to ask doctors to treat them by hand feeling and experience.

For example, pulling out wisdom teeth that cannot grow half buried is sometimes like digging potatoes and only seeing a leaf outside. Who knows how big a string there is under the head? Wisdom teeth have a lot of root variation, and the way they are buried in bones is also very strange. If they are directly pulled out without taking a film in advance to understand the situation, the chances of [playing out] will be higher. Unless the doctor is very sure, the patient will generally be asked to take a film first for evaluation.

The same is true for many other dental operations. Although filling, extracting and installing porcelain teeth can be done during pregnancy, without X-ray assistance, it is more difficult for doctors to treat and dilemmas occasionally occur.

Unless necessary, it is not recommended to choose this time for dental treatment.

I have said so much to tell everyone that pregnancy is an eventful period, doctors have become more forward-looking in their treatment of many diseases, and routine treatment is more difficult than usual.

Therefore, doctors will generally give relatively radical treatment advice to female friends who plan to become pregnant. Some problems that may be turned a blind eye at ordinary times will not be spared by doctors at this time, and patients will be strongly advised to deal with them before pregnancy so as not to suffer more losses.